Last week, the WWE released eight superstars. Damien Sandow, King Barrett, Santino Marella, Cameron, Hornswoggle, Alex Riley, El Torito, and Zeb Coulter all became free agents as of May 6th, 2016. Releasing little-used or controversial talent in May has become a bit of a tradition for WWE, and it just makes sense. Wrestlemania season is over and SummerSlam is three months away. They don’t have to compete with the NFL yet, but after their biggest show of the year, business slows down, and they need to be smart with their money. Here are three superstars that will be released this time next year.

Author’s Note- This list does not include Ryback
While it seems more and more likely that “The Big Guy” is on his way out, there’s a good chance that if it happens at all, it’ll happen before 2017. Regardless of how poorly he’s been booked, he’s still a valuable player for the WWE with a great physique.  The WWE are probably not trying to get rid of a superstar like Ryback, as much as they are trying to keep him… for the right price.

Fandango
When Bo Dallas, Adam Rose, Curtis Axel, and Heath Slater were at the bottom of the barrel and weren’t being booked, they came up with the idea of the Social Outcasts. It’s not a great faction, and eventually it will fall apart, but it gave those four underutilized superstars something to do on television. Fandango doesn’t even have that. The dancing gimmick is long gone, and despite being in the company for over a decade, he hasn’t accomplished much of anything. Barring another repackaging, Fan-Dan-Go will be Fan-Dan-Gone this time next year.

Tyler Breeze
In NXT, the man known as “Prince Pretty” was one of the most popular superstars. He was arrogant, treacherous, and wildly entertaining. The WWE Universe got a small glimpse of the character that the NXT crowd loved so much, but after an offensively short feud with Dolph Ziggler and an underwhelming pay per view match, his push was ended after barely a month on the main roster. Vince McMahon reportedly doesn’t understand Breeze’s gimmick and despite the fact that he’s just a clone of Dolph Ziggler, who is but a knockoff of Shawn Michaels, Mr. McMahon doesn’t think he can work. Breeze’s screen time has gotten smaller and smaller, to the point where he’s only on Raw if he’s being pinned or used as another prop in the stale, terrible Goldust/R-Truth feud that never ends. Tyler Breeze could be wildly successful on the independent circuit, and this time next year, he may be booking himself.

Zack Ryder
Despite winning the Intercontinental Championship at WrestleMania 32, Zack Ryder hasn’t been well positioned on Raw since the winter of 2011. He held the title for one night before losing it to The Miz, and it feels like it was only done to appease the hardcore fans that were rejecting the main event. Last year, Ryder was reportedly told that if his tag team, The Hype Bros, with developmental superstar, Mojo Rawley in NXT didn’t get over, he would be released. While the Hype Bros have had their moments (like partying with Rob Gronkowski), they’ve been swept under the rug in a crowded NXT Tag Team division. Ryder has been a fan favorite for a long time, but that same support didn’t help Damien Sandow.

It’s not all bad for these superstars, however. Damien Sandow is in high demand to several wrestling promotions, and Drew McIntyre, now Drew Galloway, was released with the 2014 cuts, and now he’s the TNA World Champion. Working in the WWE gives superstars a kind of recognition that can’t be bought. Each of these superstars will be highly sought after by everyone from Lucha Underground to TNA and Ring of Honor. 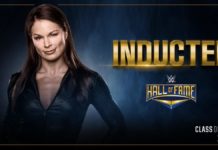