Defiant Wrestling make their debut in Sunderland, England on Saturday night as they present the Magnificent Seven iPPV. The build towards this event has seen several twists and turns, with new Tag Team Champions being crowned just this past Sunday on Loaded. As we head towards the spring months though, the future of one lucky man […] READ MORE 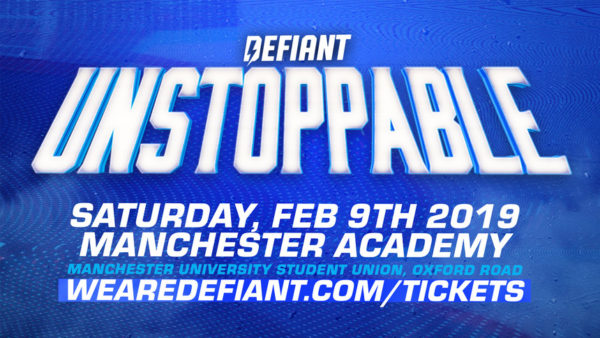 Following an incredible two months of Loaded episodes being back on YouTube, it’s time for Defiant Wrestling to host their first pay-per-view of the new era of the promotion. That event would be Unstoppable, airing live from Manchester on Saturday evening. Despite some unfortunate events preventing two men in particular from appearing, the rest of […] READ MORE