This Sunday, Game Changer Wrestling makes its return to Milwaukee for GCW Wisconsin Death Trip, live from La Pica Lounge. This event is also coming off the heels of the Nick Gage Invitational 7 tournament, one of the staples of the independent wrestling powerhouse. GCW hasn’t been in the Wisconsin area since August of 2017 when the Danny Havoc’s Wisconsin Death Trip event was held. This featured everything from fans bringing weapons for wrestlers to use to light tubes, barbed wire, and beds of nails galore. What should fans expect heading into Sunday’s show? Take a deeper look at the card announced thus far and a few key bouts to keep an eye on. 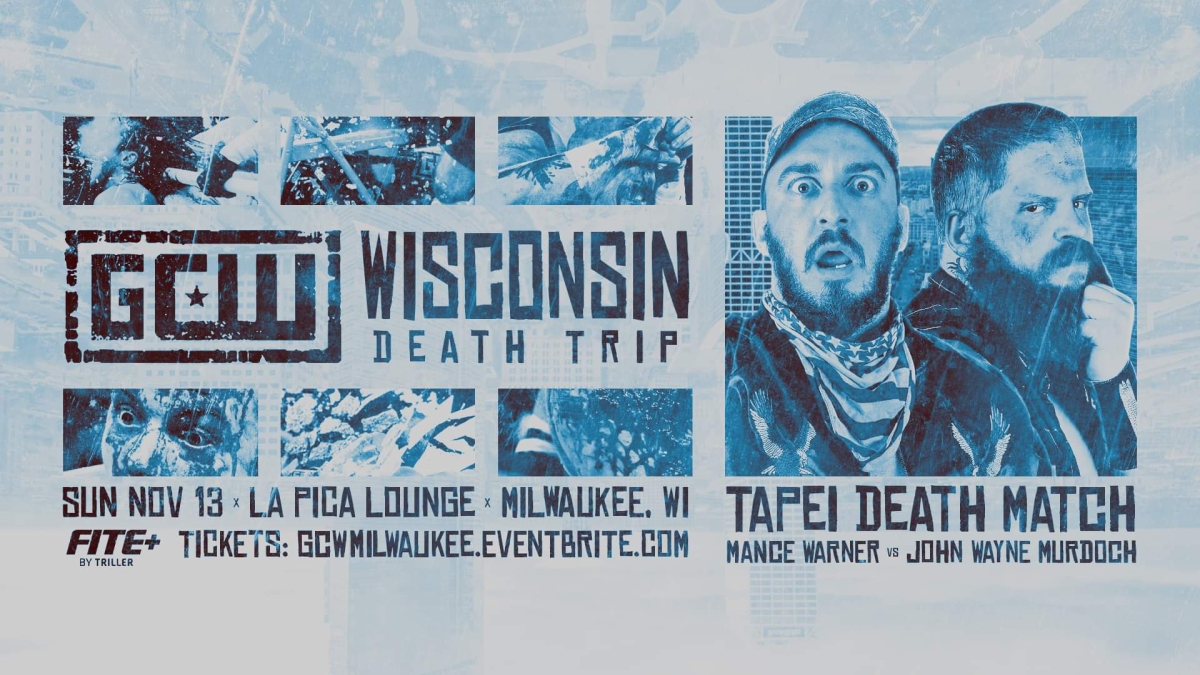 A Tapei Deathmatch in Milwaukee

For the uninitiated, a Tapei Deathmatch is an alternative take on the traditional deathmatch stipulation. The rules of a Tapei Deathmatch require that all competitors tape their fists before they’re dipped in glue and crushed glass. Essentially, this would allow the glass to stick to the fists of the competitors involved. GCW is no stranger to Tapei Deathmatches, most recently pitting Bam Sullivan against SLADE at this past March’s Planet Death show. At GCW Wisconsin Death Trip, however, the willing participants will be former GCW tag team titleholders – albeit with different teammates – in Mance Warner and John Wayne Murdoch.

If there are any wrestlers in GCW that would willingly throw themselves into a Tapei Deathmatch, one would be unwise to overlook Warner and Murdoch. These individuals are known for embracing the deathmatch wrestling style, even if it didn’t always love them back. However, their commitment to the craft has afforded them success in not only GCW but professional wrestling organizations across the board. There will be no titles on the line when Warner squares off with Murdoch, but given how inclined they are to administer punishment, such an incentive won’t be necessary. See these two seasoned deathmatch warriors square off this Sunday. 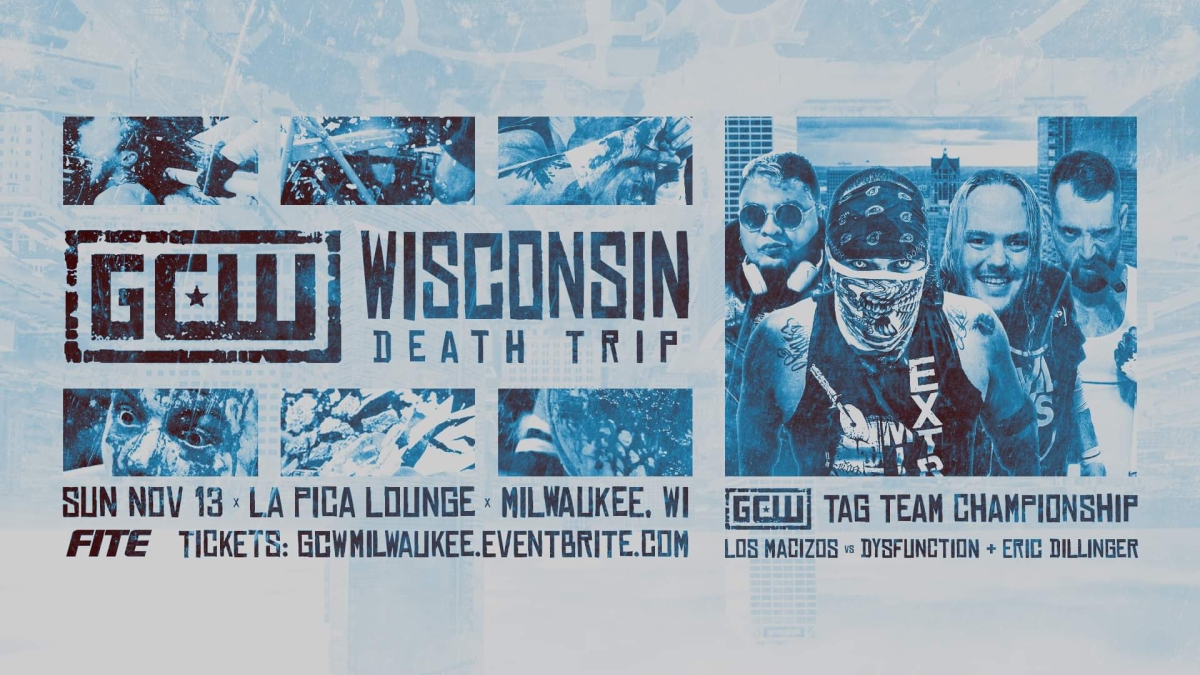 Fresh off the heels of the aforementioned Nick Gage Invitational 7, of which the GCW Tag Team Champions were part, Ciclope and Miedo Extremo put their titles on the line at Wisconsin Death Trip. Since recapturing the gold this past October at GCW Drop Dead, Los Macizos have been looking to make their third GCW tag team title reign their most remarkable. They are off to a good start, having successfully retained the gold against The Wolf Zaddies at Hit Em Up late last month. This Sunday, the GCW Tag Team Championship will be on the line once again. This time, it will be against two journeyman wrestlers of the Midwest: Insane Championship Wrestling representatives Dysfunction and Eric Dillinger.

In addition to being a veteran wrestler, Dysfunction also holds the title of Owner of Milwaukee-based wrestling organization Insane Championship Wrestling. Since 2006, Dysfunction has made it a mission to showcase some of the best hardcore and deathmatch wrestling across the country. As a wrestler, Dysfunction held gold in not only ICW but Juggalo Championship Wrestling, NWA Wisconsin, IWA Mid-South, and elsewhere. Meanwhile, Dillinger is the current ICW World Champion in his first reign, capturing the gold back in September. Dillinger’s a double champion in the promotion, also holding its Insane 8 Championship, which is awarded to the winner of the Insane 8 tournament. Can the ICW representatives capture the GCW Tag Team Championship and bring more value to their company? Find out this Sunday at GCW Wisconsin Death Trip.

Stay tuned to the Last Word on Pro Wrestling for more on this and other stories from around the world of wrestling, as they develop. You can always count on LWOPW to be on top of the major news in the wrestling world, as well as to provide you with analysis, previews, videos, interviews, and editorials on the wrestling world. GCW Wisconsin Death Trip is set to air Sunday at 6 PM EST on FITE+.