With Emi Sakura back in America and Baliyan Akki recently departing for his own excursion to the United States, Gatoh Move Pro Wrestling will move on. Mei Suruga, who’s been a representative of the little wrestling promotion since 2018, has made this her mission. Her goal is to show that Gatoh Move will thrive, even without two of its most notable figures. In honor of the company surpassing 10 years in existence, Gatoh Move will present Road to 10 Years, live from Itabashi Green Hall in Tokyo, Japan. This event will be held with fans in attendance, but for those that are unable to watch in person, said event will be uploaded to the official Gatoh Move YouTube channel at a later date. Take a closer look at the action to expect. 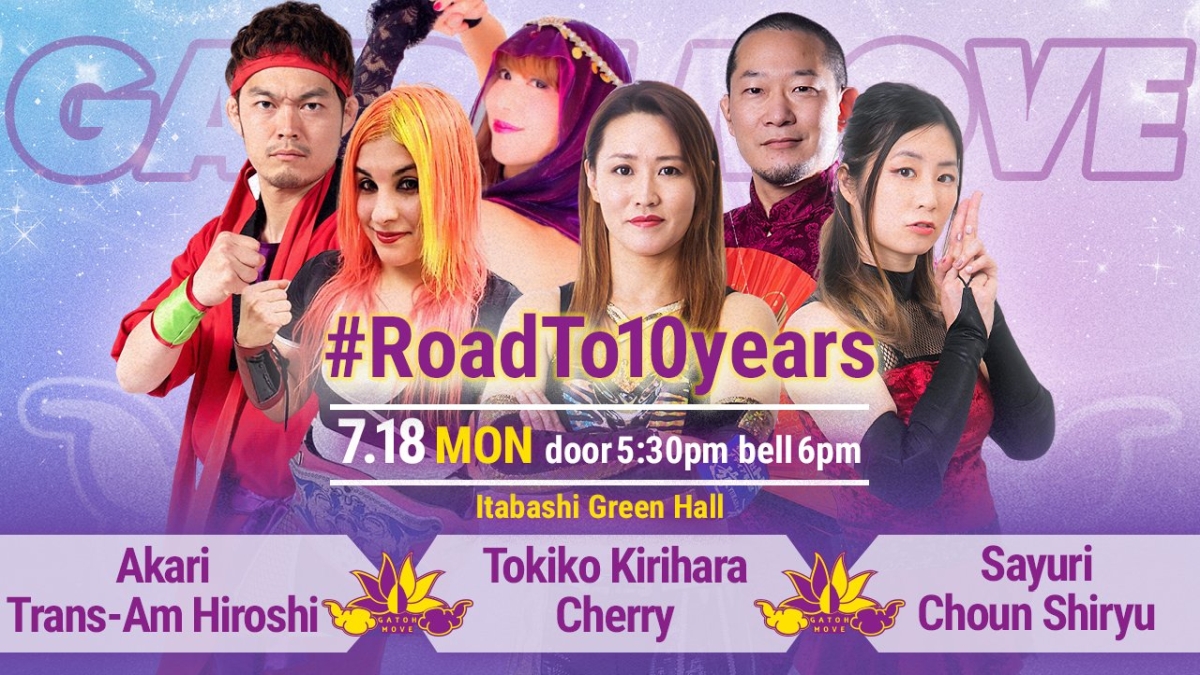 AKARI and Trans-Am Hiroshi vs. Tokiko Kirihara and Cherry vs. Dragon Ninja (Sayuri and Choun Shiryu)

One of the matches that will set the pace for Gatoh Move’s Road to 10 Years event will see three teams square off. AKARI of PURE-J and Trans-Am Hiroshi of Pro Wrestling BASARA team up to take on the ageless duo of Tokiko Kirihara and Cherry, in addition to one of the core Gatoh Move teams in Dragon Ninja, the latter being comprised of Sayuri and former Interim Super Asia Champion Choun Shiryu. The competitors involved have made appearances in not only Gatoh Move but on ChocoPro, the YouTube wrestling show in question providing them with a platform to showcase their skills to a wider audience. The return to live events with crowds has been nothing short of invaluable for the promotion and this match should be one to keep an eye on. 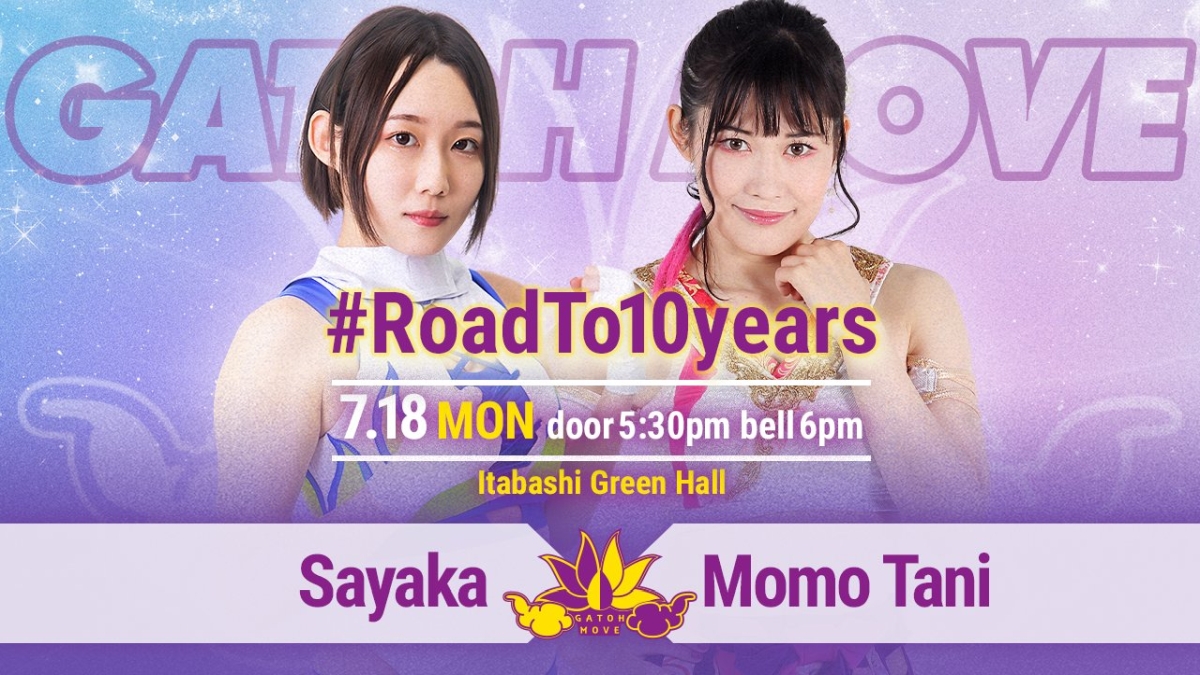 Gatoh Move’s “Beautiful Cosplayer” Sayaka will also be in action at Road to 10 Years, as the hard-hitting, soft-spoken fourth-generation star squares off with Momo Tani of PURE-J. Also known as “The Elegant Daughter Of Kyoto,” Tani learned under the watchful eye of the Actwres girl’Z promotion, testing her mettle against Nao Kakuta, Tae Honma, and many others. This past September, Tani underwent surgery to remove a tumor before returning to action later that December. Currently, Tani has been plying her craft in PURE-J, aiming to see greater success. At Road to 10 Years, she makes her Gatoh Move debut against Sayaka, who’s been showing promise in her own right. Who will come out victorious in this encounter? 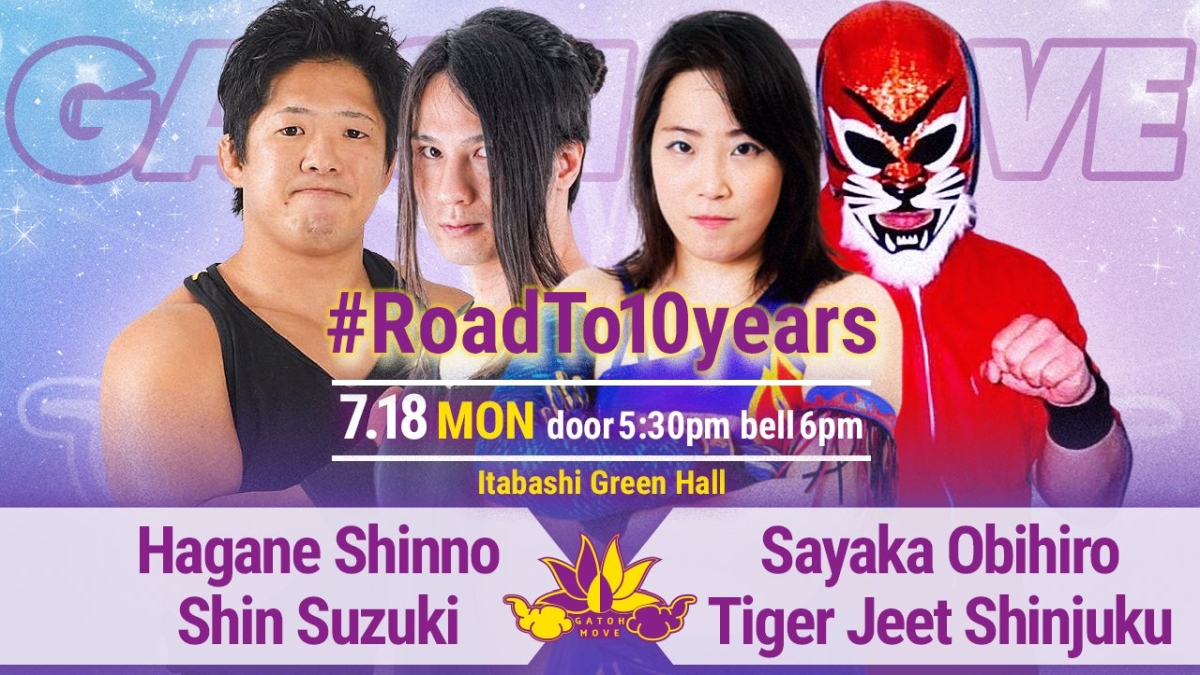 Another preliminary match of Gatoh Move’s Road to 10 Years will see UMA willingly participate in a company showing. At this show, Gatoh Move’s “Blue Heart” Sayaka Obihiro and the masked Tiger Jeet Shinjuku will take on Gatoh Move men’s regulars Hagane Shinno and Shin Suzuki. Those that watch IWA Japan and DDT Pro-Wrestling, among other Japanese wrestling promotions, will most likely be familiar with the UMA faction, of which the mysterious Shinjuku is a member. It will be interesting to see how he works alongside “Obi-san,” especially against the hard-hitting style of Shinno and the technical expertise of Suzuki. This tag team bout can go either way, but regardless of which team emerges victorious, expect nothing short of shenanigans to unfold within the confines of Itabashi Green Hall. 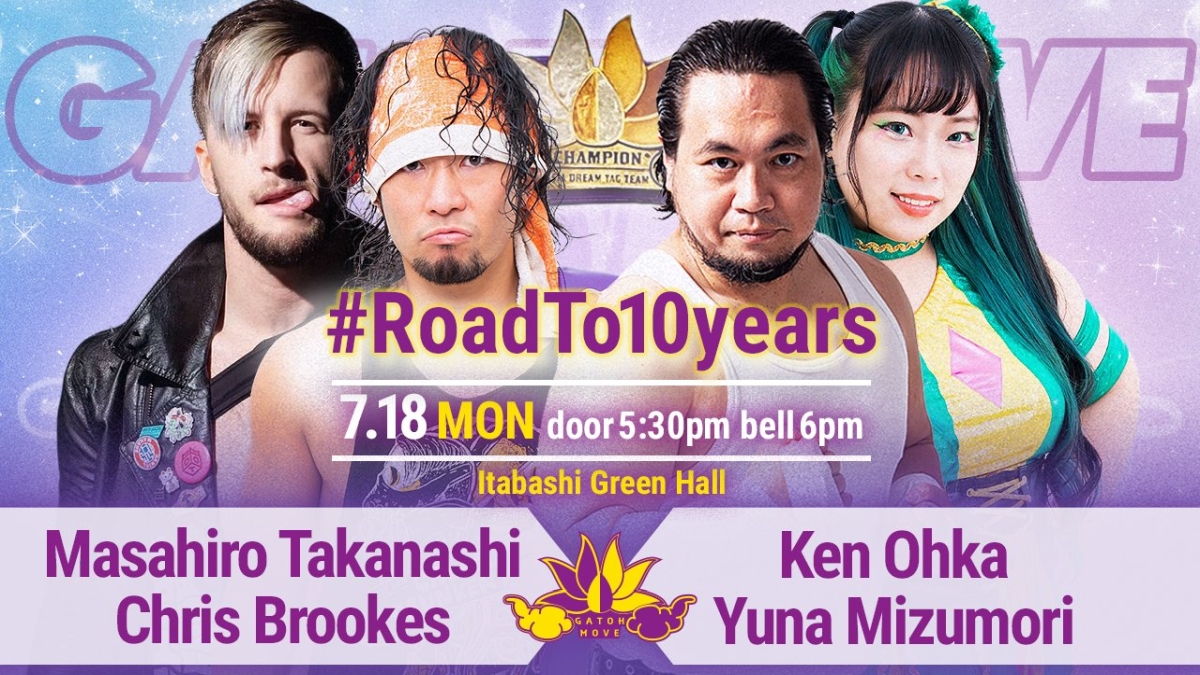 The Asia Dream Tag Team Championship will also be on the line as Gatoh Move presents Road to 10 Years. The current titleholders, Calamari Drunken Kings, will square off with the duo of Ganbare☆Pro Wrestling creator Ken Ohka and “The Pineapple Girl” Yuna Mizumori. Masahiro Takanashi and Chris Brookes have held the Asia Dream tag team titles since February, defeating Mei Suruga and Baliyan Akki, not to mention breaking their 422-day title reign in the process. CDK will enter only their third Asia Dream Tag Team Championship defense, and against a formidable duo such as Ohka and “Yunamon,” this is another match where either team has a chance of coming away victorious. Though they’ve often been on opposing sides, not only in Gatoh Move but promotions across the board, Ohka and Mizumori have developed incredible respect for each other, which could lead them to secure tag team gold at Itabashi. 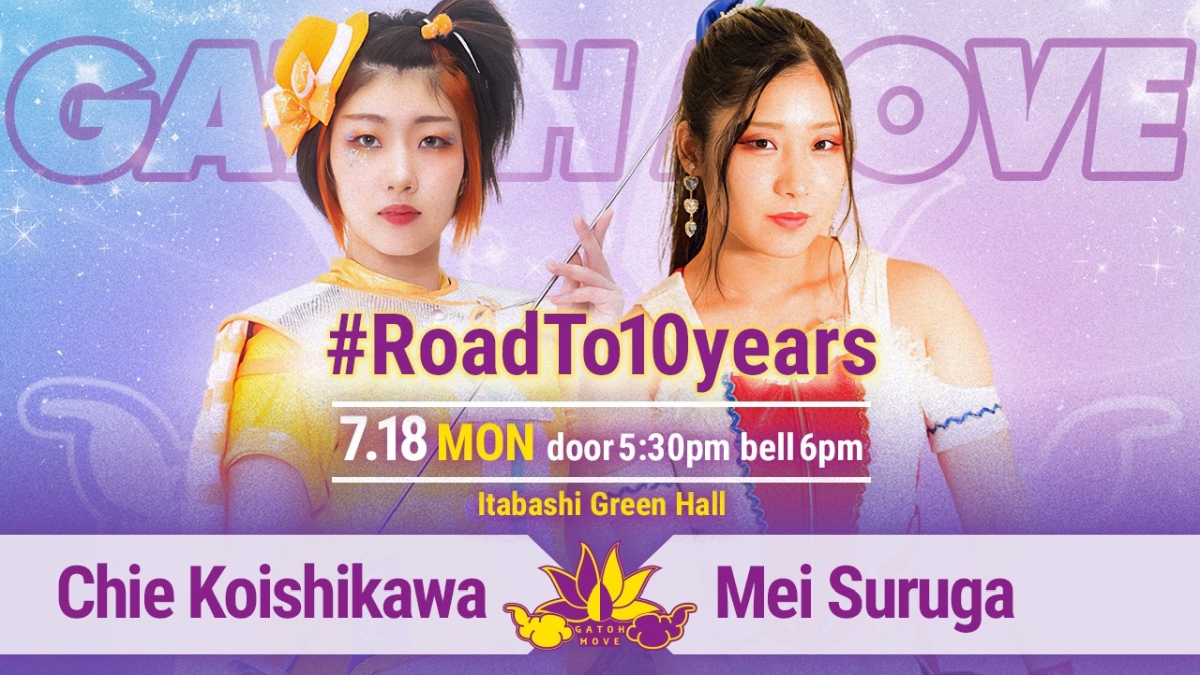 The main event of Gatoh Move’s Road to 10 Years may very well be an illustration of the company’s future. “The Apple Girl” Mei Suruga will take on “Too Much Energy” Chie Koishikawa, an individual that “Mei-chan” has both fought as a fierce rival and worked alongside as a tag team partner. When this event was announced, Suruga had the opportunity to select any opponent. Ultimately, she decided to take on Koishikawa. With tears in her eyes, Koishikawa shook Suruga’s hand, accepting the challenge. It’s fair to say that these individuals know each other well, not only outside of competition but from bell to bell to boot. They’ve wrestled 5 official singles matches, and despite “Chiezo’s” best efforts, it has been the mischievous “Apple Devil” that had her arm raised each time. As Gatoh Move prepares for Road to 10 Years, Koishikawa may see this as her opportunity to break out. Time will tell whether this is the case, but the excitement surrounding this main event bout can’t be ignored.

Gatoh Move Presents Road to 10 Years will take place on July 18 live from Itabashi Green Hall. It will then be made available to watch for free on the Gatoh Move YouTube channel. To support the company, you can sign up for their Patreon, which features multiple tiers, linked below.