Las Vegas — The 13th annual Money in the Bank pay-per-view took place live at the MGM Grand Arena after originally being planned for its location to be at Allegiant Stadium. However, due to poor ticket sales, Money in the Bank 2022 was relocated to the MGM Grand Arena, being the first time that WWE has had a show in that venue with past shows being held in the likes of the aforementioned Allegiant Stadium, the Thomas and Mack Center, home of the UNLV Running Rebels and T-Mobile Arena which was occupied by UFC, which coaligned with International Fight Week. Money in the Bank didn’t disappoint heading into SummerSlam in three weeks’ time as Nashville’s Nissan Stadium is the home of the biggest party of the summer.

Money in the Bank 2022 Takeaways

Money in the Bank 2022 had two matches that had more questions post-match than further answers. First, the Raw Women’s Championship match between champion Bianca Belair and challenger Carmella. Despite the match being decisive, which Belair won-handedly, Mella didn’t want to leave Vegas without an impression. The post-match assault asks such questions as, will this rivalry continue? This match seemed like a one-off with The “EST” having their money match against either Asuka or Becky Lynch at SummerSlam. Nevertheless, it seems like the “Princess of Staten Island” may be getting another shot in the foreseeable future.

As for the Undisputed WWE Tag Team Championship, tt seems like there’s a bit of an asterisk with The Usos’ victory, as clearly indicated via instant replay. Montez Ford of the Street Profits had his shoulder up in the final decision which opens up another opportunity for the challengers wanting that smoke.

2.) WWE Can Do Tag Team Wrestling… When They Want To

As proven time and time again, when The Usos, Jimmy and Jey Uso, are given the time to work their magic, it’s inevitable that they will have a good match with any tag team. Not to nickel and dime the Street Profits by any means; they are WWE’s Tag Team Triple Crown for a good reason.

This match was one of the better matches in the year for the company as a whole with the Vegas crowd being lively throughout the entire match. It showed that the WWE can do tag team storylines and make them compelling and the ending showed that.

However, by the fanbase and critics alike, there are many concerns with the state of the tag team division with the unification of the tag team titles. However, there’s a silver lining to a degree. With the titles unified, the bright side of the matter is this: the teams in WWE are all fighting for one championship and that includes The New Day, Los Lotharios, The Viking Raiders, Alpha Academy, The Brawling Brutes, Judgment Day, Dirty Dawgs along with the Street Profits and the current titleholders, The Usos. WWE has 9 active tag teams and whatever works for the depth of the division, is a positive moving forward.

Kick Out: What’s the Deal With the Women NOT Getting Longer Than 24 Hours With the Briefcase?

Here’s a weird stat: since 2018, no women’s Money in the Bank briefcase holder has held the case longer than 1 day.

2018 saw Alexa Bliss successfully cash in against Nia Jax, as Jax was in a middle of a title match against Ronda Rousey.

2020 saw the briefcase that Asuka won actually held the Raw Women’s Championship as Lynch announced her pregnancy, relinquishing the title as she was unable to fulfill her duties as champion.

2021 the following day after Money in the Bank, Nikki A.S.H. would win her first and only women’s title against Charlotte Flair.

2022 has officially faced the same fate as Liv Morgan won her first women’s championship, successfully cashing in against Ronda Rousey.

Aside from Carmella, who has held the briefcase longer than any man or woman in history, the question to be asked is, when will the women have a more fleshed-out holding of the briefcase? 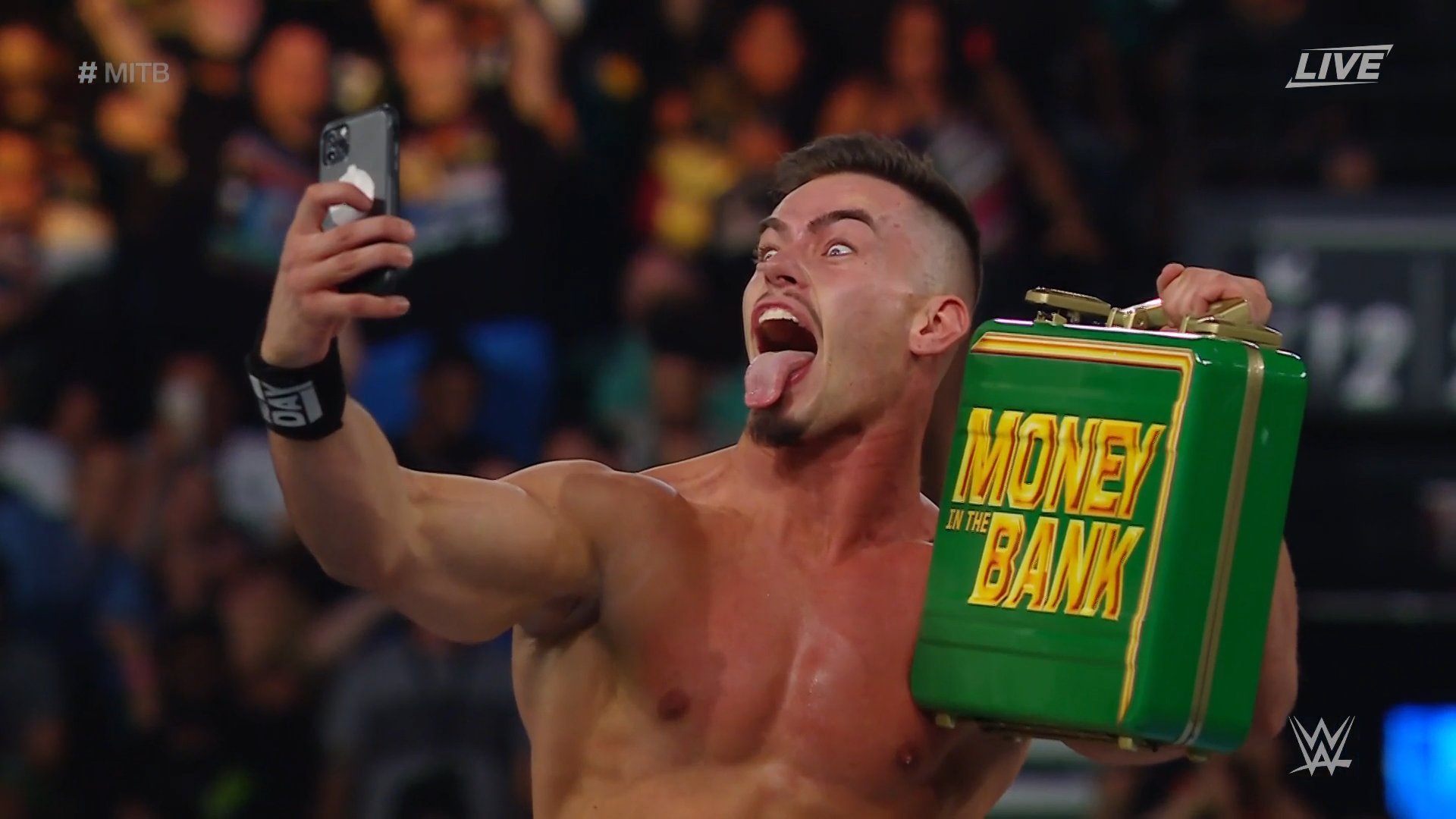 3.) Not Surprising Winners, But Not Disappointing

For the women’s side, Liv Morgan winning the briefcase wasn’t really a surprising outcome. For the last year, Morgan was the on-paper favorite for the fans as she was riding high off of positive momentum. However, Nikki’s gimmick change made it more likely that she would win over Morgan which was what happened. Morgan getting a title was a matter of when not if due to her continued improvement and her excellent run of matches. It’s fitting that we’re almost three years removed from Liv sobbing on the commentary team microphone and saying “Charlotte was right, the next time you’ll see me, I’ll be real.”

On the men’s side, you have Theory. A lot of fans weren’t the happiest about this choice due to the circumstances of too much too fast for Theory. However, the writing was on the wall since Theory and Mr. McMahon’s interactions since Survivor Series 2021. He is, by storyline continuity, McMahon’s handpicked guy. Theory not finding a way to weasel into this match would be the bigger surprise in retrospect. Is it debatable that Theory needed more time to materialize as a mid-card wrestler. However, from being in Elimination Chamber and taking that miraculous F-5, to being in a special attraction match in WrestleMania against Pat McAfee, and the constant praise from the likes of Bobby Lashley, John Cena, and various backstage personnel, it makes sense.

It’s only a matter of how WWE moves forward with this.