This week’s edition of Friday Night SmackDown marks the go-home show before WWE Elimination Chamber this Saturday. To say that this weekend’s show is packed would be an understatement, as it features Elimination Chamber bouts and title matches alike. Prior to the action in question, however, many WWE Superstars will be in action, in-ring or otherwise. In fact, fans will see an Intercontinental Championship match that’s been quite a few months in the making. Without any further delay, let’s take a deeper look. 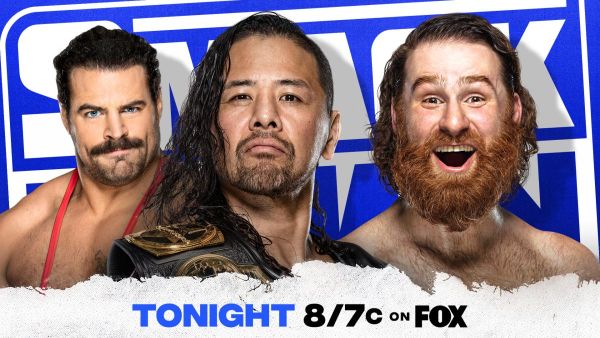 When it comes to marquee matches on this week’s Friday Night SmackDown, attention should be placed here. Shinsuke Nakamura, with rocker powerhouse Rick Boogs by his side, will defend the Intercontinental Championship against Sami Zayn. Having earned this title opportunity at the tail-end of 2021, Zayn has been on quite the odyssey, including multiple run-ins with Johnny Knoxville of Jackass fame. Now, WWE’s resident conspiracy theorist aims to regain the gold, all the while generating momentum early into 2022. Can “The King of Strong Style” retain the Intercontinental title or will this match mark the end of his reign? 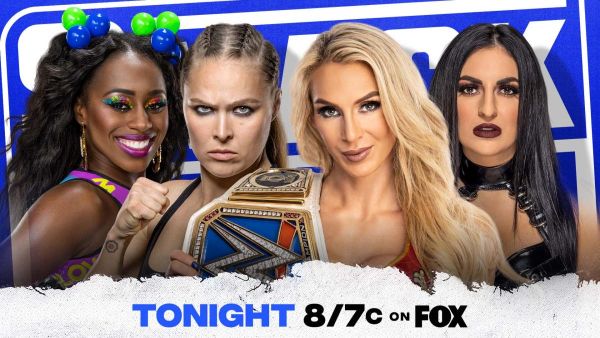 One of the bouts set for this Saturday’s Elimination Chamber event will pit Naomi and Women’s Royal Rumble winner Ronda Rousey against Sonya Deville and SmackDown Women’s Champion Charlotte Flair. Last week, Naomi put forth a valiant effort against Flair in their title match. Naomi failed to capture the title, but her bad luck didn’t stop there, as she was the recipient of an attack by not only the champion but Deville as well. This led to Rousey rushing to the ring to make the save. On SmackDown, the four participants of this upcoming tag team bout will sign their names, making their Elimination Chamber tag team match official. 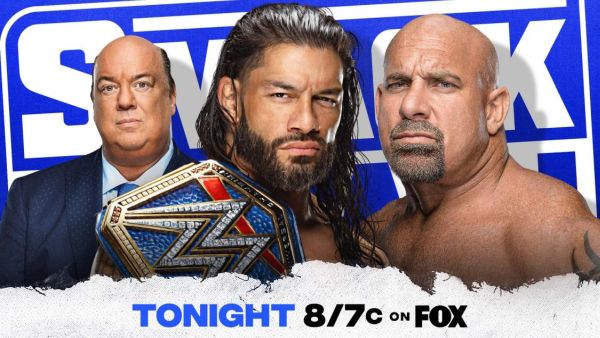 Lastly, on SmackDown, Roman Reigns will meet Goldberg one last time before their Universal Championship match at Elimination Chamber. Goldberg made his WWE return earlier this month, setting his sights on “The Tribal Chief” and the title he’s held for over 530 days. Meanwhile, Reigns has been confident heading into this Saturday’s event, claiming that he will “Goldberg” Goldberg. This has been a match years in the making, as it was originally set to be a WrestleMania attraction in 2020 before Reigns pulled out due to COVID-19 concerns. Whether Reigns or Goldberg touch prior to Elimination Chamber, don’t expect this to be a peaceful meeting.