The Royal Rumble is this Saturday night, live from The Dome at America’s Center in St. Louis, Mo. Last year’s Royal Rumble event provided some of the best moments and wins we have seen in years but it did come at a cost of no fans being able to attend, making this year’s event that much more special than usual. Many fans around the world will agree that it is the Royal Rumble, not WrestleMania, that is their favorite WWE pay-per-view of the year. The excitement of both matches themselves does the world of good in terms of anticipation but it goes further than that this year. Two spectacular world title matches have been made while a new challenger approaches for Becky Lynch that could make that match a show-stealer in its own right.

Who is going to be a surprise entrant? Who is going to win? And of course, who will secure their ticket into the WrestleMania main event? It should be another special night of chaos, surprises, and action.

Despite being on the same brand for a year together, Roman Reigns and Seth Rollins never went head-to-head for the Universal Championship. We do know, however, that Rollins’ feud with Edge was due to him not getting the Universal Championship match that he was promised. Kind of a running theme for “The Visionary” recently. Now he will not only get his shot but is watching the fans join him in challenging “The Tribal Chief.” The history goes without saying between these two. The Shield was a dominant force but Rollins has Reigns’ number when it comes to singles matches. That is what makes this one that much more interesting.

With the fans on his side more and more as the weeks go on, Rollins grows stronger in his quest to be world champion once again. The problem for him is that Reigns really is on a “God” level right now. No one can touch him. No one can beat him. But with The Usos barred from ringside and no more Paul Heyman around, this gives Rollins a better shot than anyone to take down Reigns once and for all. It’s a coin flip when it comes to who will walk away as the Universal Champion. 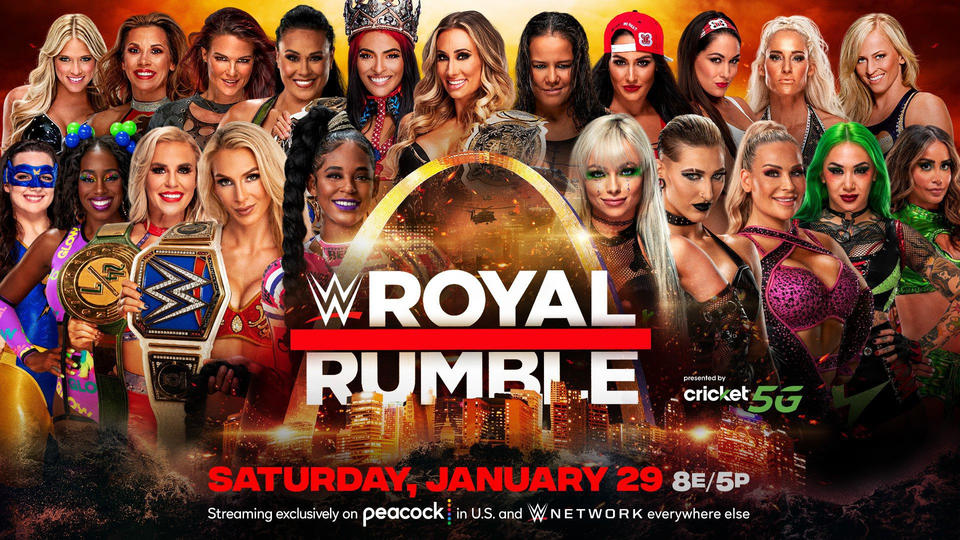 The Women’s Royal Rumble feels like more of a toss-up than ever before and it has just about everything you could (and couldn’t) imagine. Charlotte Flair, the SmackDown Women’s Champion, enters to Royal Rumble match with a goal to win and pick her own challenger for WrestleMania. Mickie James, the IMPACT Knockouts Champion, makes a shocking appearance after being released from the company in 2021. And then there’s someone like Bianca Belair, who won the Royal Rumble last year and main evented against Sasha Banks, winning the SmackDown Women’s Championship and solidifying herself as a star. There’s no clear winner which makes it that much more exciting.

There are so many other names to go through like Lita, Michelle McCool, Kelly Kelly, and Summer Rae, but they all have just as good a chance at winning as anyone. When trying to predict who could walk away as the 2022 Women’s Royal Rumble winner, it certainly feels as though a surprise is coming to steal it and a spot at “The Grandest Stage of Them All.” 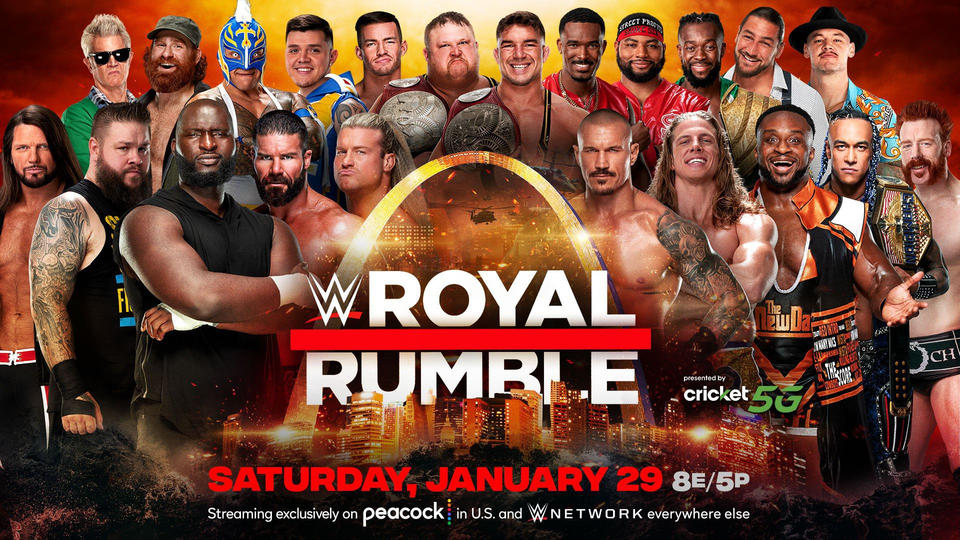 The Men’s Royal Rumble, much like the Women’s, is wide-open for anyone to win. When looking at the current field, no one screams favorite. Instead, it’s filled with hopefuls that some optimistic fans might imagine can win. The fact of the matter is that Roman Reigns and Brock Lesnar are on a collision course for WrestleMania. But how will they get there as they hold the WWE Championship and Universal Championship? The Royal Rumble feels to be a solution. Whether either man loses or wins their respective title matches, there’s always a chance to enter the Royal Rumble match.

We saw it at the 2017 Royal Rumble as Reigns failed to win the Universal Championship earlier in the night but then entered at No. 30 to close it out. We have also seen Brock Lesnar enter the Royal Rumble as the reigning WWE Champion, furthering the fact that anything is possible here. This isn’t all to say that someone currently announced for the match can’t win, but all signs point to something happening where these two men get their match via the Royal Rumble. The uncertainty is there as to who will win though, making it yet another exciting year for fans heading into the event.

Stay tuned to the Last Word on Pro Wrestling for more on this and other stories from around the world of wrestling, as they develop. You can always count on LWOPW to be on top of the major news in the wrestling world. As well as to provide you with analysis, previews, videos, interviews, and editorials on the wrestling world. You can check out an almost unlimited array of WWE content on the WWE Network and Peacock.