On Wednesday night, Kyle O’Reilly officially made his All Elite Wrestling (AEW) debut, by attacking Orange Cassidy and coming to the aid of Adam Cole and Bobby Fish. The match ended with the three former members of NXT’s Undisputed Era standing tall, much to the uncertain dismay of Cole’s SuperKliq partners, The Young Bucks. While the majority of fans rejoiced the reunion, there were many WWE pundits who seemingly dismissed the event as AEW simply copying an alliance that had come from the WWE Universe. And while the most recent version of the alliance did last occur in the rings of NXT, the alliance surrounding Adam Cole, Kyle O’Reilly, and Bobby Fish hardly got its beginnings in Orlando. In fact, it predates their NXT arrival by seven years, and throughout multiple promotions. And it all started in October of 2010 in Philadelphia, Pennsylvania, with a company called Ring of Honor…

The game has changed @AEW pic.twitter.com/i3nCFk0dXv 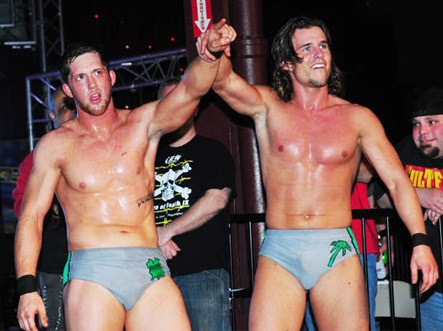 Adam Cole and Kyle O’Reilly originally began teaming together in October of 2010, and it was together they essentially made their ROH debuts in their most meaningful way to date. Prior to their first tag team match together on October 1, 2010, on ROH on HDNET, neither one had made a serious impact on the ROH roster. While O’Reilly had made his televised debut in November of 2009 on ROH on HDNET in a singles loss to Chris Hero, the bulk of his appearances in 2009 and 2010 had largely been dark matches. Adam Cole. While Adam Cole debuted with ROH in February of 2009, he too was only used in dark matches as well – his televised debut didn’t come until much later when he was paired with Nick Westgate in a tag team loss to the Kings of Wrestling (Chris Hero & Claudio Castagnoli, aka WWE’s Cesaro) in May of 2010, also on ROH on HDNET. They were both essentially bottom-of-the-card wrestlers that were spending more time putting over ROH’s established stars than being presented or groomed as stars themselves. That is until the two were put together in the fall of 2010. They were quickly established as a new tag team in the ROH tag division, with a lengthy feud against The Bravado Brothers, as well as facing off against Kevin Steen & Steve Corino at ROH Allied Forces in October, and then fought The All-Night Express (Kenny King & Rhett Titus) at 2010’s ROH Final Battle. By the end of 2010, people were becoming very aware of the talent potential of the two young stars in ROH (although fans of Combat Zone Wrestling (CZW) were already aware of Cole, who was their reigning CZW Junior Heavyweight Champion at the time, while in Canada, O’Reilly was a 3x NWA Canadian Junior Heavyweight Champion out of ECCW).

By the time 2011 rolled around, the duo was now firing on all cylinders, facing the top of the ROH tag division like The Briscoes, Kings of Wrestling, World’s Greatest Tag Team (Charlie Haas & Shelton Benjamin), and American Wolves (Davey Richards & Eddie Edwards), The Young Bucks, and more. Not only were they tearing up the ROH tag team division, the duo – which became known as Future Shock during 2011 – took their skills around the world. In the spring of 2011, they headed to Europe where they competed in Germany for Westside Xtreme Wrestling (wXw) and into the United Kingdom with IPW: UK and Fight Club: PRO. That fall, they also made their debut on the West Coast with Pro Wrestling Guerrilla (PWG). In early 2012, Future Shock broke up and Cole and O’Reilly swapped partners with American Wolves (who had also broken up), with Cole siding with Edwards and O’Reilly teaming with Richards. By the end of 2012 and into 2013, the duo was back on friendly terms but reunited more outside of ROH, in PWG, and at Absolute Intense Wrestling (AIW). One of the main reasons was because O’Reilly had already found himself a permanent new tag team partner – Bobby Fish. 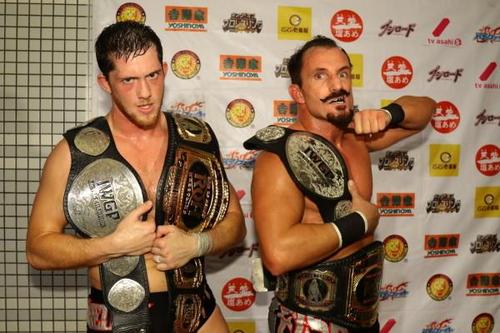 The new tandem of O’Reilly and Fish made their ROH debut in November of 2012 on ROH TV, where they defeated The Bravado Brothers (ironically, Future Shock’s first feud). By early 2013, they had adopted the name reDRagon and were in the midst of a solid winning streak, culminating in their first taste of championship gold, defeating The Briscoes for the ROH World Tag Team titles at ROH 11th Anniversary. They lost them in July to Forever Hooligans (Rocky Romero & Davey Richards) but won them back for their second reign a month later. reDRagon had become the top tag team in Ring of Honor.

reDRagon continued their dominance in the pro wrestling world, including stints outside of Ring of Honor. Over the years they would compete against top challengers in multiple promotions, including PWG, Beyond Wrestling, wXw, and more, but it was in Japan with New Japan Pro Wrestling (NJPW) that they had their greatest success outside of ROH. Apart from their total of three reigns as ROH World Tag Team Champions, in New Japan, they were twice crowned the IWGP Junior Heavyweight Tag Team Champions.

While reDRagon was dominating in ROH’s tag team division, Adam Cole had become a singles star, winning the PWG Battle of Los Angeles in the fall of 2012 (Kyle O’Reilly would win the following year’s edition), and then winning the ROH World Television title in June of 2013, during reDRagon’s first reign as ROH tag champs. On the West Coast, however, Cole had formed a new stable, Mount Rushmore, with the Young Bucks and Kevin Steen. That September, Cole climbed the mountaintop of ROH, winning the ROH World Championship for the first time. On October 26, 2013, Adam Cole finally returned to the ring with his former tag partner, when he teamed with reDRagon and Matt Taven to take on C & C Wrestle Factory (Caprice Coleman & Cedric Alexander), Jay Lethal, and Michael Elgin at ROH Glory By Honor XII. It would mark the first time that the trio of Cole, O’Reilly, and Fish would stand together united in a wrestling ring. A month later, Cole would begin the creation of The Kingdom, a stable initially featuring Cole and Matt Hardy, that soon grew to include Michael Bennett & Maria Kanellis and then Matt Taven. In 2016, Cole would turn on Kingdom and seemingly re-allied with O’Reilly, only to turn on O’Reilly and instead re-join the Young Bucks, this time in Bullet Club. 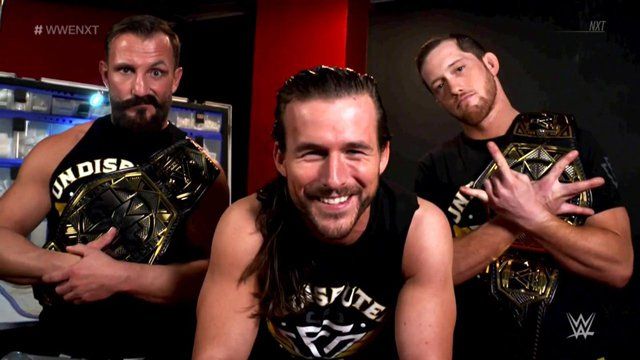 The three of them reunited once again, this time in the WWE Universe, when all three men joined NXT over a span of a couple of months. Bobby Fish arrived first, debuting in June of 2017, followed in July by O’Reilly. Once reDRagon was in NXT, it would be Adam Cole’s turn to make his presence known, which he did at NXT TakeOver: Brooklyn III, attacking NXT Champion Drew McIntyre. And he made his invasion as loud as possible, assisted by reDRagon, and introduced the WWE Universe to the Undisputed Era. The trio – later joined by another ROH ally in Roderick Strong – would become one of the most dominant factions in WWE/NXT. Cole would become NXT Champion and NXT North American Champion, while O’Reilly and Fish would become 3x NXT Tag Team Champions together.

And now the stars have aligned once again in the trios favor, and they find themselves in the same promotion once again. What started in Ring of Honor now continues on, an 11-year story of alliances, friendships, and even betrayal, that has spread across PWG, NJPW, and NXT. With Cole’s other long-time associates, the Young Bucks, seemingly shocked and a little dismayed at Cole reuniting with his old Future Shock partner Kyle O’Reilly and reDRagon’s Bobby Fish, it will open a whole new chapter where Adam Cole may have to decide which union he has more stock in. The 10+ year alliance with O’Reilly/Fish, or his eight-year tie-in with the Bucks. Only time will tell.

More From Last Word on Sports