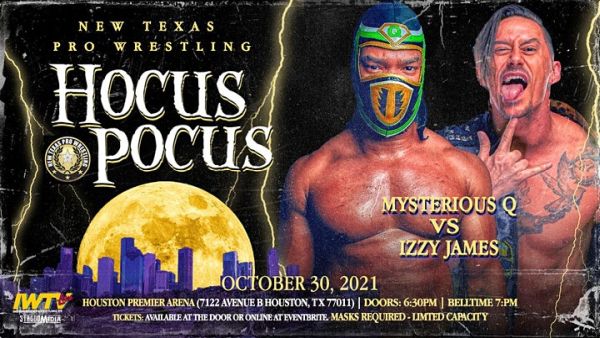 Mysterious Q is one of the best wrestlers to come out of the modern era of pro wrestling in Texas. Izzy James is still likely trying to get over a title loss back at the end of July. This will be a match where both competitors have something to prove and win or lose, hopefully, both will prove just that. 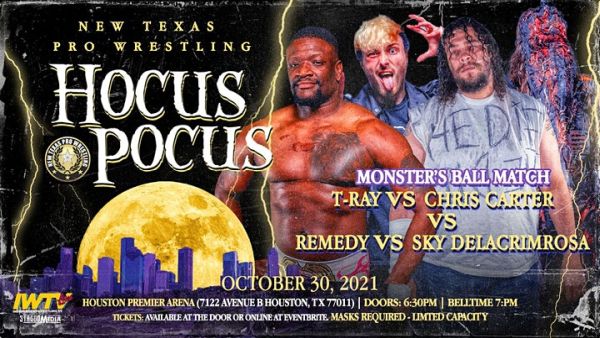 When signing up for a Monster’s Ball Match, it might be a good idea not to sign up for one that has T-Ray in it. This match does have the type of unpredictability to it where anyone could win. It also seems very fitting for the Halloween weekend. 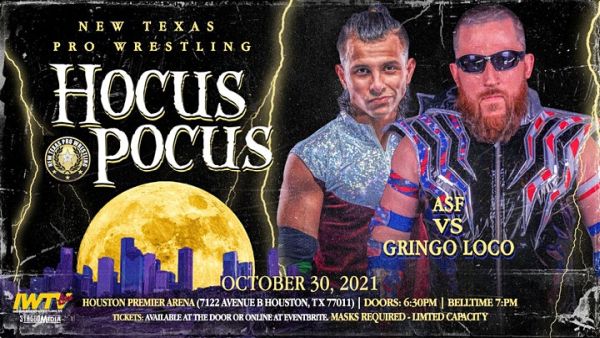 Gringo Loco is a big name in Texas wrestling. ASF is on the rise and is looking to make an even bigger name for himself. This match might just steal the show as taking that spot from Gringo Loco is not going to be easy. 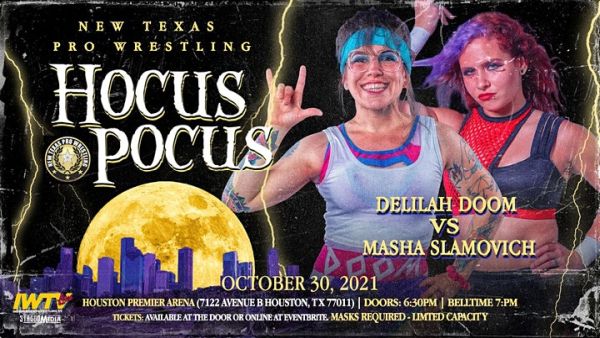 In a first-time ever match, “Russian Dynamite” Masha Slamovich faces Delilah Doom. Doom has spent this year picking up big wins over names like Willow Nightingale, MV Young, Heather Monroe, Jody Threat, and most recently, Ruby Raze. Slamovich has some big wins herself, over names such as Ava Everett, Anthony Greene, Trish Adora, Allysin Kay, Janai Kai, and Allie Katch. This match feels like two similar competitors who have just been running in different circles, and at New Texas Hocus Pocus, they finally meet. All you can really expect is chaos. 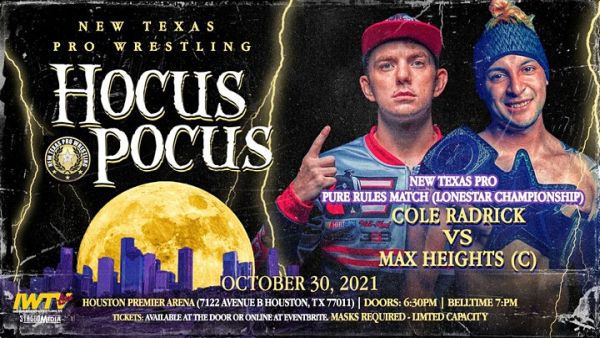 In the rematch from Olajuwon, Cole Radrick is looking to reclaim the New Teas Pro LoneStar Championship. Max Heights proved to be championship material by winning the title in question. This match will be contested under Pure Rules, making it that much more interesting. 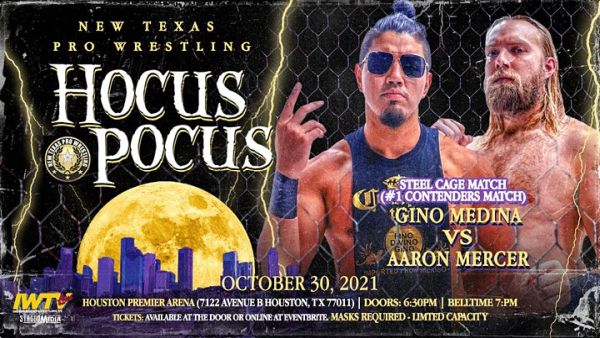 This is another rematch from Olajuwon. The first match ended in a double pin, so the idea behind the Steel Cage would be for there to be a definitive winner. Gino Medina and Aaron Mercer represent everything that is great about professional wrestling in Texas right now and this match will also demonstrate just that. 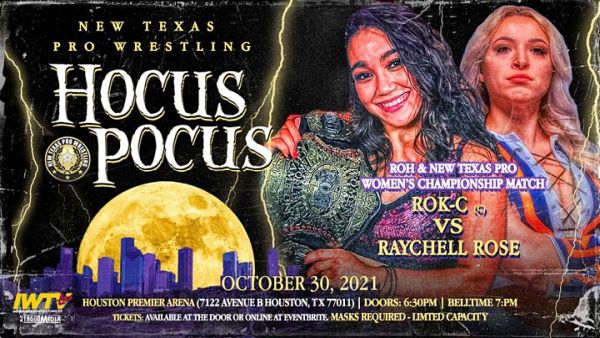 With both the Ring of Honor and New Texas Pro Women’s Championships on the line, Rok-C has everything to lose and Raychell Rose has everything to gain. Rok-C has been dominant in NTPW, but Rose is hoping to take that from her. The stakes have never been higher.

Since winning the title from Mysterious Q, Bryan Keith has successfully defended it against names including Davey Richards. Keith has become the undeniable face of NTPW and saw such success that he is even becoming well known outside of Texas. If anyone can give him a run for the money, though, it’s Darius Lockhart. Sometimes seen in All Elite Wrestling, Lockhart is in a similar position as Keith- being known and respected- and this match is going to be nothing short of spectacular.

New Texas Hocus Pocus is live on October 30, 2021, from Houston, Texas! Tickets can be purchased via Eventbrite.

Stay tuned to the Last Word on Pro Wrestling for more on this and other stories from around the world of wrestling, as they develop. You can always count on LWOPW to be on top of the major news in the wrestling world, as well as to provide you with analysis, previews, videos, interviews, and editorials on the wrestling world. Check out New Texas Pro Wrestling on Facebook and Twitter.