Pro Wrestling GRIND presents their first-ever show, Who Made Who, and it certainly features top talent from this region as well as a few special outside guests. When discovering this show, via Rip Byson and Delmi Exo, the concept seems to be one based on strong style, where the matches will be more mat-based wrestling with submissions and knockouts. Any fans of such fighting styles should definitely keep this one on their radar. Here’s what to know about this event, set to be held at the Pulaski Club in Easthampton, Massachusetts.

Pro Wrestling GRIND – Who Made Who Full Card 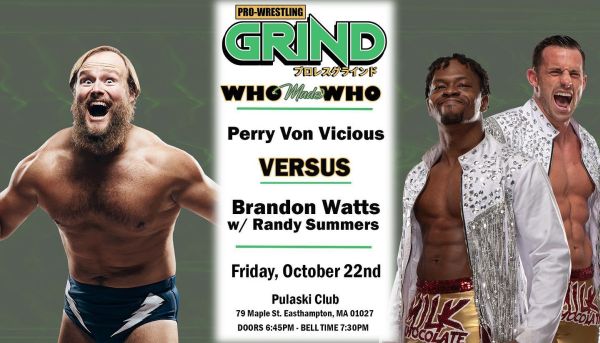 Perry Von Vicious is a big wrestler who likes monster trucks and is slowly beginning to treat his opponents as if they are facing one. Brandon Watts is one half of Milk Chocolate, and though Randy Summers will be in his corner, he will not be able to tag him in. Both competitors will have something to prove here and this might be the sleeper match of the night. 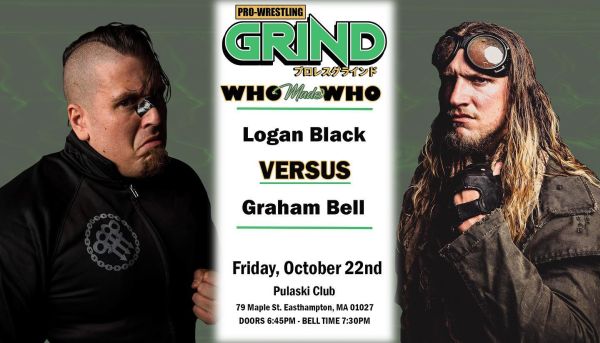 Graham Bell has been in this region enough times that fans should be familiar with him, but Logan Black is a name most associated with this area, a staple of the scene. This one is going to hit hard and it might even go down fast. Bell won’t be able to use his bazooka or the help of the Crocodile Shaman, but that doesn’t mean he won’t be able to hang with Black. In many ways though, Logan Black just feels like everyone’s toughest opponent. 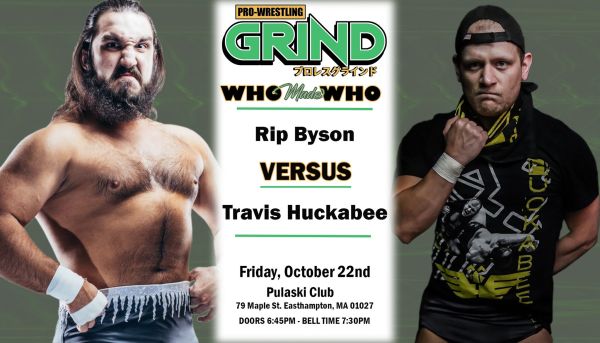 Rip Byson is perhaps the most overlooked wrestler within this region and one of the names which could come closest to making that same claim is his opponent, Travis Huckabee. Byson runs on sheer power, the type of athlete who trains by tearing phone books in half. Huckabee might not be able to match Byson in power, but he won’t need to if he can keep him grounded and use his technical skills to defeat him. This one will likely come down to who tries to play the other’s game and who can play it better. 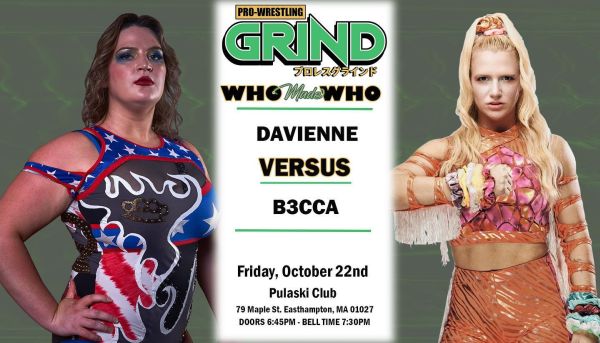 Two of the top women in not only the New England area but also the entire United States right now, Davienne and Becca both have that recognition and seem to be as great a match-up as they are friends. Both should be looking for that first victory here, becoming a part of wrestling history in that sense, and though Becca has a match-ending running kick that looks like it could take off your head, Davienne might just win this one with DaviEND Your Life. 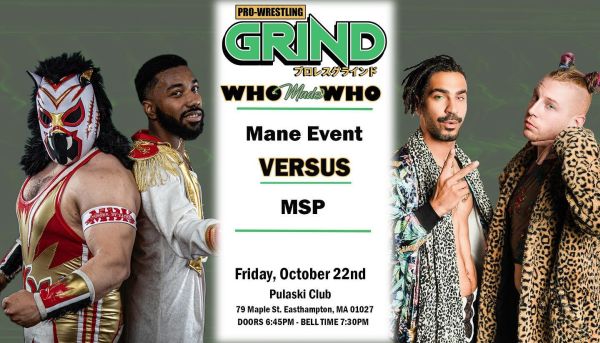 While the only tag team match on the show, this is a hell of an encounter all the same. MSP is arguably the best tag team out there right now while Mane Event is also putting in the work in places like Pizza Party Pro and most recently appearing on Beyond Wrestling’s Uncharted Territory. Four of the most agile and athletic wrestlers out there today, this one just feels like it’s going to need to be run back at least a hundred more times. 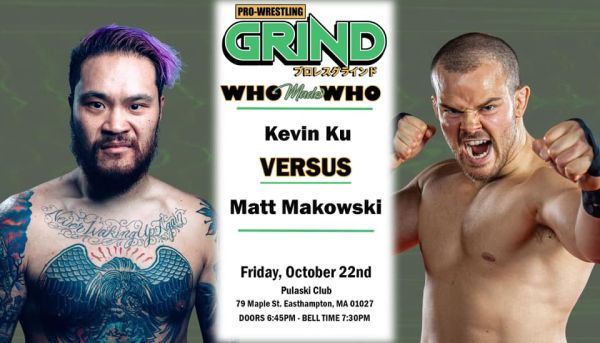 This show, and what Pro Wrestling GRIND seems to be trying to build, seems all too perfect for both Kevin Ku and Matt Makowski. These two first wrestled at the IWTV 100 show, which Makowski won, and this is the rematch. It’s one thing to get a win over Ku, but getting a second win over him seems even tougher. This isn’t going to be about friendship or hatred; this one is strictly about the sport.

Cabana Man Dan is one of the few wrestlers on here not from the area and he faces one of this area’s best in Alec Price. This match is a main event across the country and yet we find it here, among a group of other main event level matches. Dan has come a long way from being that short-haired wrestler who used flip flops as a weapon, but Price has also spent that same time growing and only getting better. This one is going to be a war.

Pro Wrestling GRIND “Who Made Who” takes place live in Easthampton, MA on October 22, 2021. For tickets and more info, visit Eventbrite.