On last week’s edition of NWA Powerrr, the tension surrounding Strictly Business came to a head. This resulted in Nick Aldis, the former NWA Worlds Heavyweight Champion, being stretchered out of the venue. This week, Strictly Business speaks regarding their actions. We will also see the NWA World TV Championship defended in what will be the challenger’s biggest match to date. All of this, and more, is set for tonight’s NWA Powerrr, set to air 6:05 PM EST on FITE. Here is a full rundown of the action to expect. 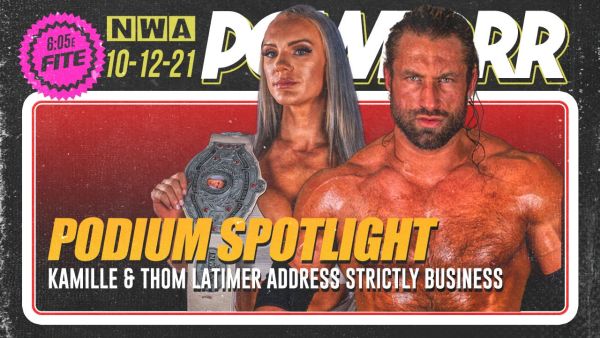 This week, on NWA Powerrr, Thom Latimer and NWA World Women’s Champion Kamille of Strictly Business discuss their actions from last week. As mentioned earlier, Nick Aldis ended last week’s show being stretchered out. He was in action alongside Tim Storm as they battled Latimer and Chris Adonis in the main event. Following the match, Strictly Business attacked Storm before setting their sights on Aldis, assaulting him to the point where he couldn’t leave of his own accord. What does this mean for the faction that, for the past few years, has been a staple of the National Wrestling Alliance? Will the stable go on, sans Aldis, or do the members of the group go their separate ways? This is just one of many events to look forward to as we head closer to this week’s NWA Powerrr. 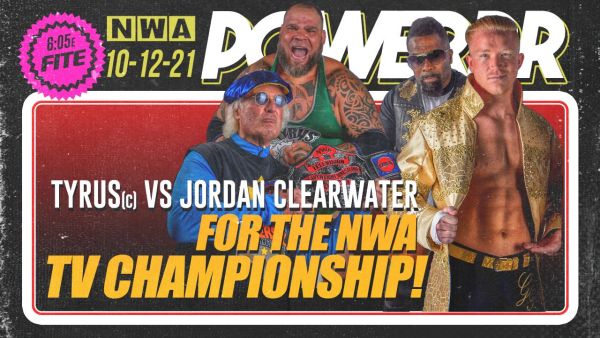 In-ring action will see the NWA World Television Championship defended, as titleholder Tyrus puts his gold on the line against the young protege, Jordan Clearwater. This past August, Tyrus won the title from Pope. “The Mastodon of Mayhem” has been on a seemingly endless streak of violence since stepping foot in the National Wrestling Alliance, which has begged the question, who will step up to end his reign? Clearwater has been on something of a hot streak himself, even defeating Jeremiah Plunkett and Cyon to make his way to this upcoming TV title match.

Last week, on NWA Powerrr, Tyrus addressed Cyon, who was looking to cash in his World TV Championship opportunity. Tyrus seemed dismissive of the masked man; whether this will come back around to the champion remains to be seen. Regardless, tonight’s title match will be an interesting one, as both the titleholder and Clearwater are part of the same faction, or “Family” as they’ve referred to it. Tyrus and Clearwater seem to be approaching this match as clean competition, though given Tyrus’s sheer might and the influence that BLK Jeez has had on the challenger, one can’t be too sure.