Tensions come to a head and bodies will soar on this week’s edition of NWA Powerrr. Following the events of last week’s episode, Tim Storm finds himself teaming with an unlikely ally in Nick Aldis against Chris Adonis and Thom Latimer of Strictly Business. We will also see three fast-paced tag teams face off in what’s being promoted as an NWA Lucha Scramble. All of this, and more, will take place tonight at 6:05 PM on FITE. Here’s what to know. 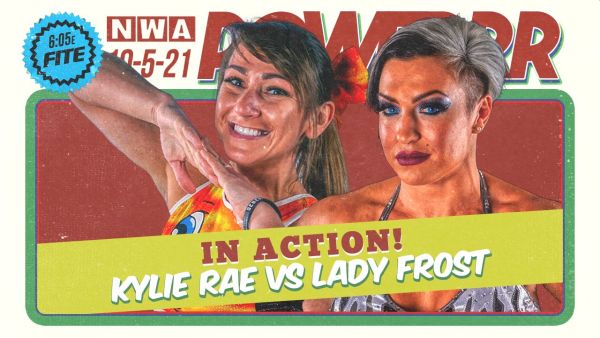 In women’s action, “Smiley” Kylie Rae will take on “The Coolest Wrestler You’ll Ever Meet,” Lady Frost. Rae will enter this week’s edition of NWA Powerrr with momentum on her side, as she is coming off a huge victory over Tootie Lynn. Despite losing to Mickie James at NWA 73 this past August, Rae enters this match with her trademark smile on her face. On the other side of the ring will stand Lady Frost, who’s making her first NWA appearance since the NWA 73 pre-show, where she picked up a victory alongside the NWA World Women’s Tag Team Champions, The Hex. Rae and Frost have only faced off one other time; at Warrior Wrestling‘s Stadium Series this past July, Rae successfully defended the Warrior Wrestling Women’s Championship against Frost. Who will come out victorious in their second encounter?

Also on NWA Powerrr, the reigning World Tag Team Champions will take part in a three-way NWA Lucha Scramble. Bestia 666 and Mecha Wolf, otherwise known as La Rebelión, won the NWA world tag team titles at NWA 73, upsetting then-titleholders Aron Stevens and Kratos. To say that La Rebelión have been on a roll would be an understatement and they aim to continue this following tonight’s show. Also in action are Marshe Rockett and Slice Boogie, who regular NWA fans will be familiar with, as well as The Illbegotten, Captain YUMA and Rush Freeman. These two teams recently find themselves out of the running to become new number one contenders for the tag team titles. Can they make a statement in this NWA Lucha Scramble? Given the aforementioned dominance of the champions, this may be easier said than done. 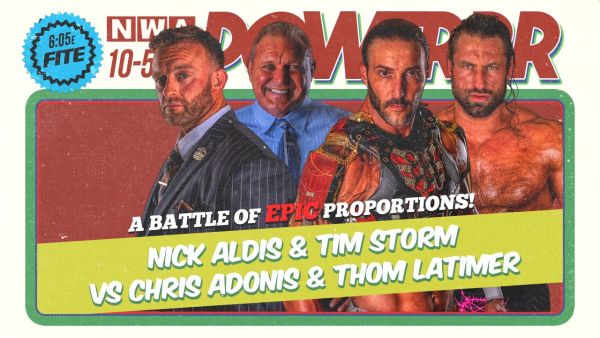 Another contest to look forward to, on NWA Powerrr, is Nick Aldis teaming with Tim Storm against “The National Treasure’s” Strictly Business allies, Chris Adonis and Thom Latimer. On last week’s show, Storm interviewed Strictly Business regarding the group’s combative interactions with Melina and the NWA Worlds Heavyweight Champion, Trevor Murdoch. From there, Strictly Business surrounded Storm, who was ready to hold his own in the ring. Suddenly, Aldis made his way to the ring, letting his group know that it wasn’t the time or place to fight. It would seem that tension is building within Strictly Business, specifically in regard to Aldis. Are we about to see the implosion of the group in question or is it all a ploy? Perhaps we will learn more following this tag team encounter.