WWE Monday Night Raw has arrived once again and this week, it is tournaments galore. On this week’s show, we have the continuation of both the King of the Ring and inaugural Queen’s Crown tournaments. Both kicked off on SmackDown last week, with Sami Zayn, Finn Bálor, Zelina Vega and Carmella each making it to the next round of their respective tournaments. Who might go through on Raw? Keep reading to hear our thoughts. Let’s dive in!

King of the Ring Tournament: Kofi Kingston vs Jinder Mahal

Raw’s half of the King of the Ring tournament kicks off with Kofi Kingston taking on Jinder Mahal. With this match pitting two former WWE Champions against each other, it might be difficult to predict an outcome. However, with the other King of the Ring match on Raw including Xavier Woods – a strong favorite to win the entire thing – it is quite possible Kofi loses under dubious circumstances here, so that Xavier may face Jinder in the next round. Although, the prospect of Xavier Woods and Kofi Kingston facing off in an inter-New Day bout is somewhat interesting and, hopefully, that is the exciting, fresh match we instead get. Despite that, we are predicting a Jinder win.

King of the Ring Tournament: Xavier Woods vs Ricochet

As mentioned, Xavier Woods is next up and he faces off against arguably the most underutilized man in the entire company, Ricochet. Ever since coming up to the main roster with the now-departed Aleister Black a couple of years back, Ricochet has been misused; a tragic victim of stop/start pushes and, often, left off of TV altogether for weeks on end. Here, he has a serious opportunity to pull off an upset against one of the biggest names in the company and should he succeed in overcoming the arguable tournament favorite, Ricochet’s name will be back in peoples’ mouths. Regardless, we are going with Xavier Woods as he is, after all, a large part of the reason the tournament was brought back. 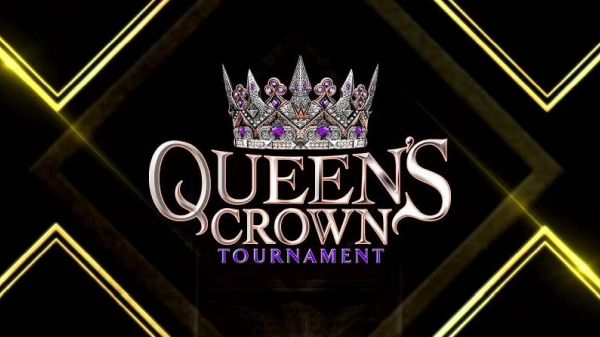 Doudrop has become an integral part of Raw throughout the second half of 2021. Here, she will be squaring off against one of the WWE’s longest employed stars, Natalya. Natalya is a veteran – we all know how good she is on her day. However, does she have what it takes to notch up a win against the fiery Scot? Natalya has long dubbed herself the “Queen of Harts” and she will be looking to take the Queen’s Crown tournament by storm. If anyone can stop her, it is Doudrop. We’re going with the Scot.

Shayna Baszler wins. That’s it. That’s the preview. Seriously, with Shayna being on the hot run of form she is on – which has already included a dominant win over Dana Brooke – we expect her to win fast tonight. Hopefully.

Big E and Drew McIntyre are set to hype up the upcoming Saudi Arabian event, Crown Jewel. Big E is on top of the world right now; having captured the WWE Championship from Bobby Lashley a few weeks back, he went on to hype up the colossal boxing heavyweight bout between Tyson Fury and Deontay Wilder at the weekend – cementing his place as a WWE superstar the company trusts for these big time events. Oh, he also escaped The Undertaker in the new interactive Netflix movie titled, what else, Escape The Undertaker. Big E is undoubtedly the star of 2021. However, his upcoming opponent is the star of 2020 – perhaps the one man capable of ending his recent run of momentum. Tonight, they hype the match, so expect it to get fiery. 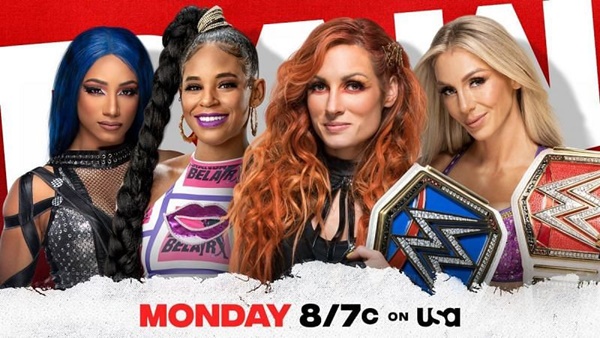 Poor Bianca Belair. Having first lost her SmackDown Women’s Championship to Becky Lynch at SummerSlam, she has now been drafted to Raw and has to team with arch nemesis, Sasha Banks. If we were Bianca, we wouldn’t trust Sasha as far as we could throw her – and given Bianca’s freakish athletic ability, we’d guess she can throw her far. However, this is undoubtedly a big women’s match for this show; four legitimately talented pros within the sport. Raw and SmackDown Women’s Champions, Becky and Charlotte Flair, unite to take on the team of Sasha and Bianca and we’d hazard to guess neither team will be on the same page, given their history together. Additionally, with Becky (SmackDown Women’s Champion) being drafted to Raw and Charlotte (Raw Women’s Champion) being drafted to SmackDown, things are very confusing in the women’s division right now. Hopefully tonight, things become more clear. This has the potential to be an excellent tag team match and hopefully it delivers. Raw is live on USA Network tonight, 8/7c.