This past Tuesday, Puerto Rico-based company CWA announced that Marty Scurll will be a part of their upcoming October 23 event, Halloween Fan Fest. This is despite the strong allegations waged against the former PROGRESS World Champion; allegations that went completely unmentioned by Puerto Rico’s leading wrestling news sites Lucha Libre Online & Contralona.

This author, for the wrestling news site Impacto Estelar, contacted an agent at CWA in regards to their announcement and their mentality behind the divisive decision of booking Marty Scurll, receiving exclusive information about the situation. This isn’t Scurll’s first appearance for CWA in Puerto Rico, which is where the story stated to us began. As told to us, following their event Christmas Showdown in 2018, where Scurll along with many other international wrestlers appeared, he discussed with the company the idea of coming back for future dates, reaching an accord of such.

Immediately after the event, CWA faced a financial crisis, something that was stated to Estelar. CWA wasn’t able to immediately follow up on said accord with Marty Scurll. However, there were plans multiple times to bring him and other Bullet Club members in. At several points, different members of the Bullet Club were promoted for events but the company had to abort plans. CWA held no events in 2020 due to the COVID-19 pandemic. 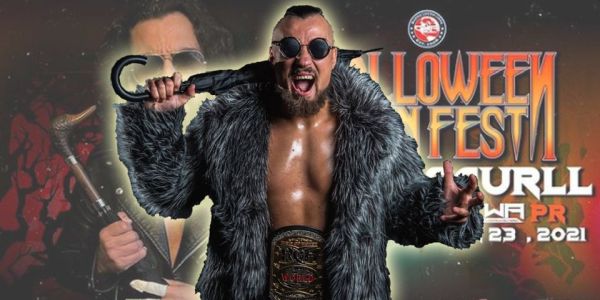 As the source stated to Impacto Estelar, Marty Scurll contacted them in regards to follow up on their 2018 conversation and had this to say:

“We’re fully aware of the allegations against him. However, we also felt obligated to come through on our 2018 agreement. International talent is hard to bring over these days and we felt caught between a rock and a hard place. We either follow up on our deal or risk gossip that this company doesn’t follow up on its agreements.” (Paraphrased and translated from Spanish to English)

The CWA booker went into detail about what research they did on Scurll and the situation around him, naming the year of the incident, Scurll’s statement, a witness, the ages of both him and the woman he was with:

“I looked into the matter for days. His two statements. The woman’s statements. I didn’t find a follow-up on the matter though after June 24 (when Scurll released his second statement). What we understand is that the age of consent in the UK is 16. I obviously do not condone the behavior, but legally, if there was consent between the two, then they are within their rights. Innocent until proven guilty. We know the risks booking him. We honestly expected a far more negative response locally.” (The conversation went on for nearly 15 minutes as the CWA booker went into many details about his research.)

True, the local reaction to the announcement was that it sounded like fun. Most fans even pitched local wrestler Jon Justice as Scurll’s ideal opponent happily. Social media discussions showed that most fans weren’t even aware of the situation regarding Marty Scurll since this past June or the ‘Speaking Out Movement’ in general. Most news sites here failed to cover it. So, non-bilingual wrestling fans would be completely unaware. Add that most sites that followed CWA’s announcement of Scurll, as mentioned, opted to completely omit mentioning the situation. Perhaps a misplaced fear of the company shutting them out of press privileges but, I had no issue contacting the company about such a controversial matter. They were ready for it.

“We know sexual assault is a horrible thing. We know the bad press bringing him in can get us. For most of us, it’s about not going back on our word. We’ve had enough setbacks as is. We’re a small company in very tough times. Scurll is struggling for work and came to us. If the investigation got serious again, we’d obviously cut things off. Same as with any other talent. Locally or internationally. If the agreement wasn’t a factor, we would’ve just said no. But for now, we’ll go with the mentality of ‘innocent until proven guilty’ and hope for the best. I’ve yet to see any follow-up on the matter legally since June of last year. I’m not saying the coast is clear, it’s not like we’re going after this big star when he’s at a low price. But he asked us to follow up on our commitment from 4 years ago.” (He rounded before we concluded our conversation.)

After the conversation, while I still don’t favor the idea of booking Marty Scurll, I can see it isn’t just a cut and dry case of going for a quick cash grab capitalizing on an ignorant fan base. There are a lot of moving parts to it. It’s not as basic as the easy comparison to The Invader, the man allegedly responsible for ending Bruiser Brody‘s life, being pushed for 30 years as a heroic star in the island of Puerto Rico. Going so far as to be billed as ‘The Puertorican Dream”.

CWA booking Marty Scurll doesn’t sound quite as alarming when put into the context of having to fulfill a previous commitment. That’s not to say it makes it OK, obviously. There are still lingering moral issues and questionable judgment, but the company was up-front about it and not afraid to speak on the matter in detail. It makes a black and white situation grayer. More concerning in my eyes. however, is how poorly the announcement was covered by local media. These include websites that are so boastful about being “Puerto Rico’s #1 Wrestling News Site”. One of those sites even has such a notable figure like Hugo Savinovich as part of their team. No one bothered to bring up such basic facts in their articles about the announcement, let alone try to get in touch with CWA’s bookers as to why they would make such a controversial move.