WWE NXT 2.0 kicks into full gear Tuesday night and it’s sure to leave the professional wrestling world talking. Far more is expected to come out of it than expected, however, as a new NXT Champion will be crowned following unforeseen events. Raquel Gonzalez will also defend the NXT Women’s Championship while “In-Dex” finally has their dream wedding. A lot to take in for just one night but it should be one that changes the future of NXT forever. Here’s a look at what to expect for the debut of WWE NXT 2.0.

— The Rebrand of NXT begins

— Indi Hartwell and Dexter Lumis have their wedding

The long-awaited rebrand, or should we say relaunch of NXT has arrived in the form of what they are calling NXT 2.0. The Capitol Wrestling Center is expected to have a different look along with the rest of the brand as the black and gold are gone for good. Will the brand be better or worse from the switch? We should be able to figure it out quickly tomorrow.

The wedding of Indi Hartwell and Dexter Lumis takes place this Tuesday night and everyone is on board — including Johnny Gargano. A coming together of sorts between Lumis and Gargano during the Bachelor party led to them hitting the signature high five that Gargano and Austin Theory once hit before the latter disappeared. Some have to imagine that Theory makes his return here at the wedding as WWE weddings never go down without a problem. Expect chaos, problems, and no guarantees that this goes without a mess. It’s more of a guarantee that a mess happens which should make for a wedding no one will ever forget. 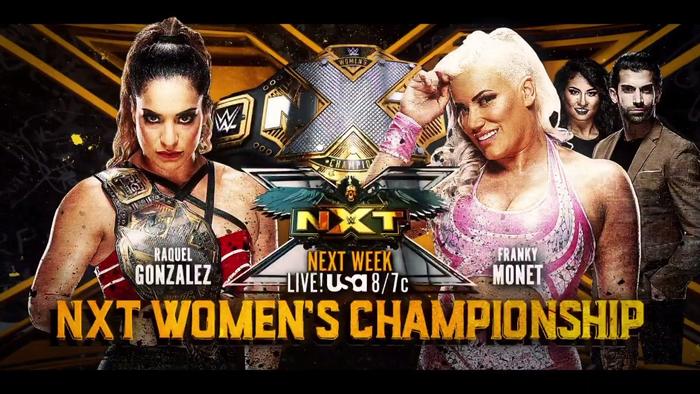 Raquel Gonzalez has plenty of challengers coming for her and the NXT Women’s Championship. This time will be Franky Monet, who has been untouchable in her singles matches thus far. Monet’s success outside of NXT gives her a brilliant chance to capture the gold from Gonzalez. However, Gonzalez is the woman who defeated Io Shirai, so any challenge that comes after that is one she can handle. Monet could shock many, but destiny says that Gonzalez will get through this one to face off with Kay Lee Ray down the line.

UPDATE: Fightful Select is reporting that this match will no longer be taking place. There is no word yet as to whether or not it will be rescheduled. 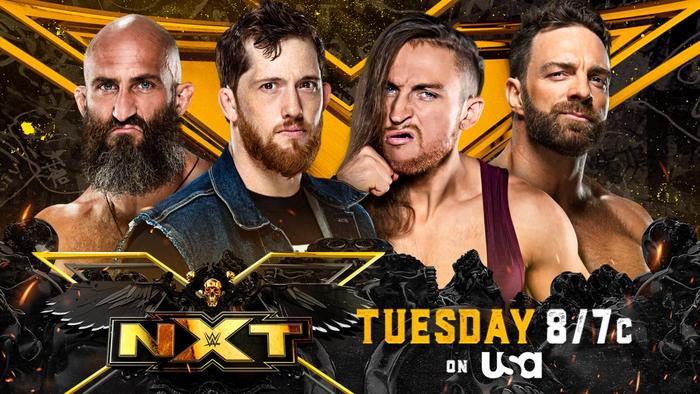 A brand new NXT Champion will be crowned Tuesday night. Sunday saw Samoa Joe surprisingly relinquish the NXT Championship after suffering an injury. That means that the Fatal 4-Way that was going to decide Joe’s first challenger will instead decide the next NXT Champion. Tommaso Ciampa will be the most interesting name of the four as the only former NXT Champion in the match. Kyle O’Reilly will be the fan-favorite who has been crawling his way to the championship with hopes of accomplishing his goal of winning the belt. Pete Dunne, more than anyone, seems destined to win the NXT Championship. Tuesday could be the night. LA Knight has the biggest opportunity of his career as he tries to show the world that the new NXT is LA Knight’s game.

The future of NXT hangs in the balance and all eyes should be on this match.