It’s been a while since Pro Wrestling Magic was live. Their last taping was all the way back on June 12, 2021 which produced shows that aired on IWTV in the months of July and August. Now – for the first time ever – Pro Wrestling Magic is going live on IWTV with JGeorge’s Cinematic Masterpiece! Here’s what to know heading into the show. 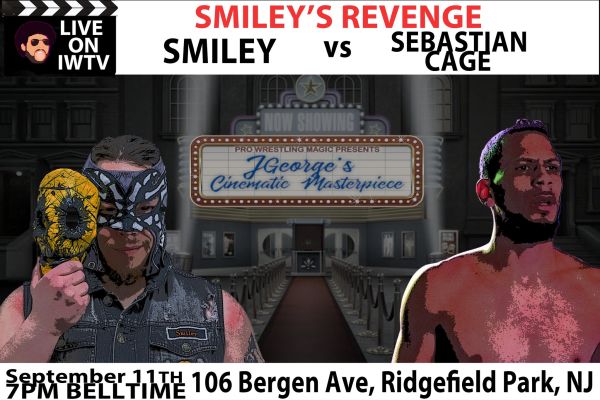 Smiley has been on a tear lately and no one seems to be safe. One would assume that Smiley is wanting the PWM Championship from Erica Leigh, but there is a line to get in. Sebastian Cage is a formidable foe. but no one might be ready for the unbridled destruction Smiley looks to unleash upon the Magic Kingdom. 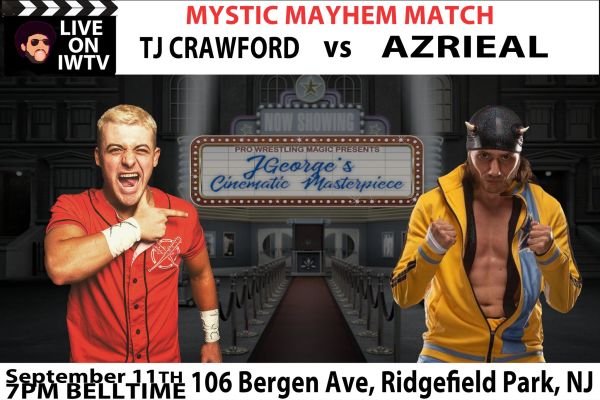 The rules of a Mystic Mayhem Match, according to the Twitter of JGeorge (@JGeorgeTheMovie), are that the only way to win is by pinfall, submission, count-out, or disqualification. While those sound like the rules of every wrestling match that doesn’t have special stipulations, this match does have TJ Crawford and Azrieal so it will certainly be special, rules aside. 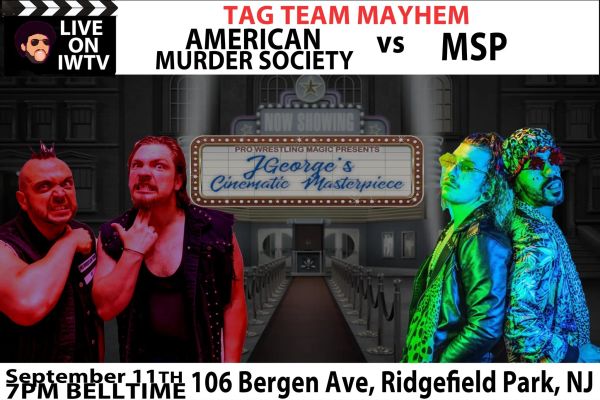 MSP have been making a name for themselves throughout the Northeast and a win over Pro Wrestling Magic staples American Murder Society could put them in line for a PWM Tag Team Championship shot! American Murder Society might care more about inflicting punishment and causing violence than they do about the vibe, but both of these teams can get it done in the ring; this match will showcase just that.

Little Mean Kathleen has had an impressive showing in Pro Wrestling Magic thus far and some might even say she should be in line for a shot at the PWM Women’s Championship. Jessie Nolan made her debut at the previous PWM show and looks to dash the hopes of LMK as they go one on one. Will LMK be able to get mean enough to survive the fire of Nolan? 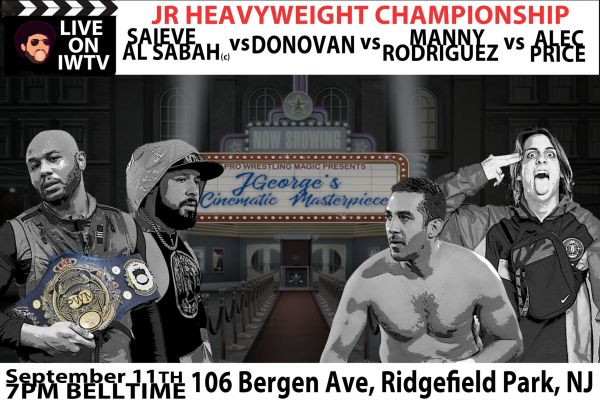 What was once a tag team match has broken down into a four-way match for the PWM Junior Heavyweight Championship, currently being held by Saieve Al Sabah. There is money in a Saieve Al Sabah vs Alec Price one on one match but that would also make you wonder whether or not Manny Rodriguez or Donovan would play into the outcome of this bout. This might just be Al Sabah’s most difficult title defense to date, with these three strong opponents. If anyone is up to the task, it is him. 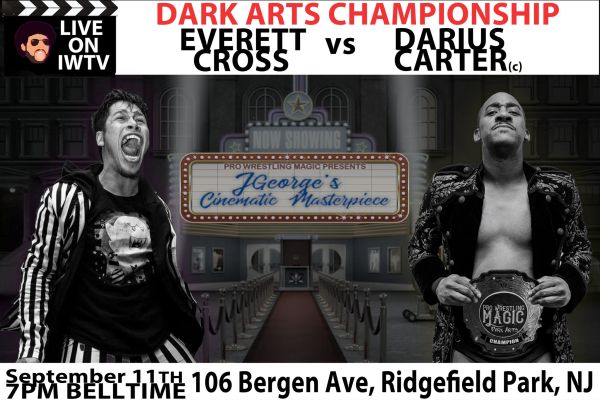 After winning a number one contender’s match, Everett Cross looks to take back the PWM Dark Arts Championship he once held from Darius Carter. The latter created a set of rules which work completely in his favor as champion. It’s difficult to blame him, as it’s a smart strategy. In order for Cross to become the champion once again, he is going to have to beat Carter at his own game. Many have tried, but Everett Cross seems to be the most capable so far. 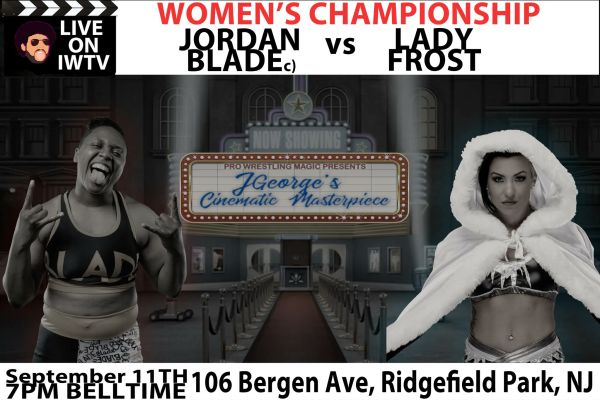 Jordan Blade has been through a lot already as the Pro Wrestling Magic Women’s Champion. After a successful title defense against Allie Katch, Blade was then challenged to a rematch, which Katch won quickly and with the help of EFFY. This led to a third match between the two and Blade was able to regain the title from  Katch. If anyone is prepared for Lady Frost, and the slightest hint of The Savage Gentleman getting involved to help with this match, it is Jordan Blade.

When you get your own show, such as JGeorge has here, it comes into question why he wouldn’t just put himself right into a title match and cut the line. Perhaps Pro Wrestling Magic management told JGeorge he was not able to do that. Even the Genie only could do so much for Aladdin. JGeorge instead decided to go up against three of the best wrestlers in the world today to prove that he is worthy of that title shot.

MV Young currently holds gold for Wrestlers’ Lab and Enjoy Wrestling while Tony Deppen recently held gold in Ring of Honor. Ace Romero seems to have a reputation that speaks for itself but comes into this match as somewhat of the underdog. If JGeorge had a plan to put himself into a match to get a title shot, he certainly did not make it easy on himself. Anyone in this match is worthy of getting that title shot, and perhaps becoming the Pro Wrestling Magic Champion, so you have to tip your hat to JGeorge for keeping it real. 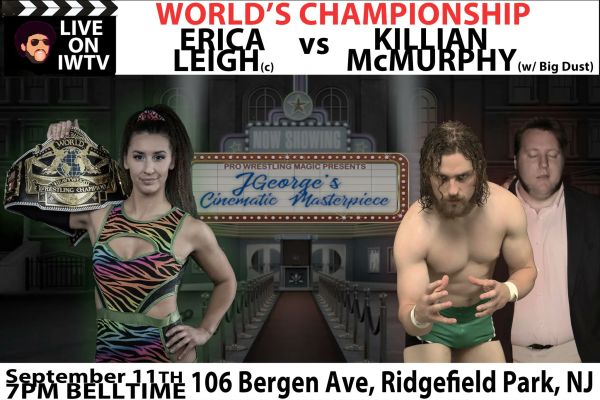 They were seemingly born to do this dance forever. Following the past few months of Erica Leigh fighting The Goons in PWM, as well as across other promotions such as Camp Leapfrog, it all comes to an end with this match. It is Erica Leigh versus Killian McMurphy one last time. Who will emerge as the champion? Will it really be the last time they wrestle each other? Will the other Goons get involved in this match? (Probably) Will Leigh have backup when they do? All of these questions and more should be answered on Saturday night at JGeorge’s Cinematic Masterpiece.

Stay tuned to the Last Word on Pro Wrestling for more on this and other stories from around the world of wrestling, as they develop. You can always count on LWOPW to be on top of the major news in the wrestling world, as well as to provide you with analysis, previews, videos, interviews, and editorials on the wrestling world. Learn more about Pro Wrestling Magic on Facebook, Twitter, and Instagram.