It is that time once more: it’s Friday and you know what that means… wait, wrong show. SmackDown! Friday Night SmackDown has arrived and whereas, as usual, there is not much announced for the show, we do have the returns of Becky Lynch and Brock Lesnar to cover. That’s pretty exciting, right? The first SmackDown since last Saturday’s SummerSlam pay per view, this looks set to be a memorable show. Let’s dive in and see what’s on offer. 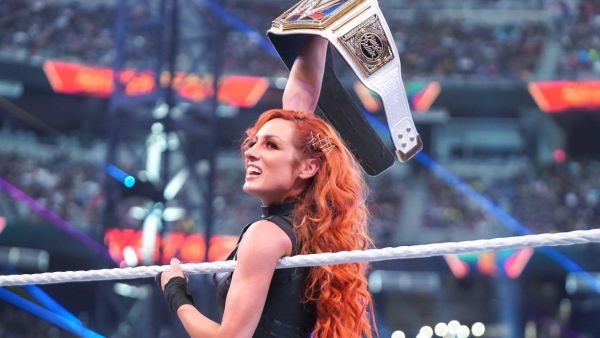 Before leaving the WWE on maternity leave in the early part of 2020, “The Man”, Becky Lynch, was on top of the world. She had successfully retained her Raw Women’s Championship against Shayna Baszler at WrestleMania before vacating the title to Asuka on the post-Money in the Bank episode of Monday Night Raw. At last Saturday’s SummerSlam, she returned to the WWE to defeat Bianca Belair (in under 30 seconds) for the SmackDown Women’s Championship. This, rightfully, upset plenty of fans – Bianca was progressing well and had become one of the company’s brightest, young champions. There are now rumors that Becky’s return was also a heel turn, given the manner of her victory over Belair. Well, no doubt, we will find out tonight. Bianca will be seeking retribution against her Irish adversary and maybe, just maybe, she’ll get some tonight. Pressingly, where does Sasha Banks fit into all of this? She turned heel upon her own return a few weeks ago and with her mysterious removal from the SummerSlam card, is she going to remain in the title picture? Find out tonight, on SmackDown. 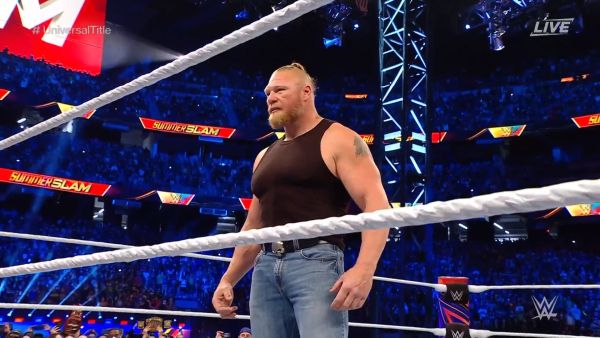 The night of SmackDown returns continues! This time, it focuses on “The Beast”, Brock Lesnar. Following Roman Reigns‘ victory over the legendary John Cena at SummerSlam, Brock Lesnar came out – sporting a beard and a man bun – from his cave to confront the Tribal Chief. This was, of course, very exciting, as it poses the question “where does Paul Heyman fit into this?” After all, despite being Roman Reigns’ loyal “Rabbi” for the past year, he is also best known as the advocate for Brock Lesnar. Tonight, we might just get some answers. This is no doubt leading to a feud between The Beast and the Tribal Chief and it is going to be pretty entertaining. Despite being best known as a dominant heel, Brock has always been underrated as the dominant anti-hero – such as in the mid-2010s, when he feuded with the Authority and destroyed J&J Security‘s (Joey Mercury and Jamie Noble) car with an axe. SmackDown has gotten a whole lot more interesting, so make sure you tune into FOX tonight.

– Edge overcame Seth Rollins at SummerSlam. Is this feud over? We are not so sure. Expect to find out what’s next for these two men tonight.

– King Nakamura is still the Intercontinental Champion. Who is next to challenge the “One True King”?

– Baron Corbin has been Tweeting on Twitter that he has made his money back. Will we see his change in fortunes on SmackDown? Or is there another twist in store?