For the first time ever, NXT TakeOver will follow the main roster PPV one night after. SummerSlam kicked off the weekend while NXT TakeOver: 36 will finish it Sunday night. One of the most highly anticipated rematches in the history of NXT is scheduled to go down while former friends battle over gold, an “Undisputed Saga” comes to an end, and “The Samoan Submission Machine” returns to the ring for the first time in over a year. It will be a must-see night for fans of pro wrestling Sunday night. Here’s the NXT TakeOver: 36 preview and predictions.

“The Undisputed Saga” will come to a close Sunday night as Kyle O’Reilly faces Adam Cole in a Best 2-out-of-3 falls match to determine who is the better wrestler between them once and for all. O’Reilly managed to win the first battle between these two back at NXT TakeOver: Stand & Deliver in an Unsanctioned Match. Cole came back at The Great American Bash, defeating O’Reilly to tie up their series at one apiece in a singles match. This series thus far has been very reminiscent of Cole’s rivalry with Johnny Gargano in 2019, as it will take a Best 2-out-of-3 falls match to decide who the better individual is. O’Reilly selected a regular singles match as the first fall in an attempt to get back his loss prior, while Cole had the same idea by making the second fall a Street Fight.

If necessary, NXT general manager William Regal has made the decision that a Steel Cage will be the necessary effort to finish the match once and for all. These two are going to destroy each other and most importantly try to walk out as the undisputed winner. 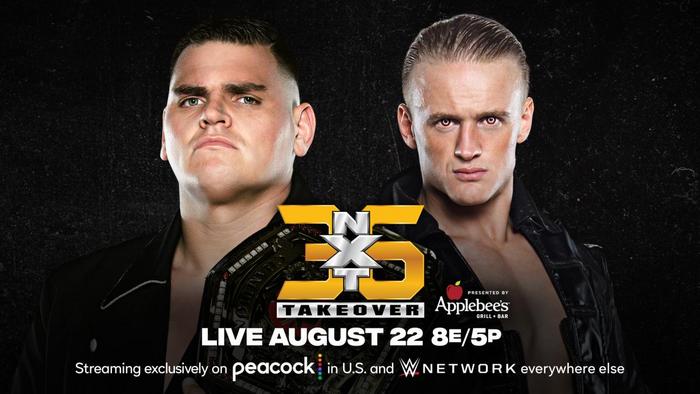 War. Savagery. And an effort to be the absolute best. That’s how we describe the highly anticipated rematch between NXT United Kingdom Champion WALTER and Ilja Dragunov. It was at the end of 2020 that saw Dragunov come so close to winning the gold that he has been striving for, yet in the end, he didn’t have enough. Fast forward to now and it seems as though WALTER is aware of the threat Dragunov brings. These two are going to batter the other in an effort to walk out as champion but even more importantly leave a message as to who is the better professional wrestler. Expect a magical, physical, and intense war that should be the match of the night. 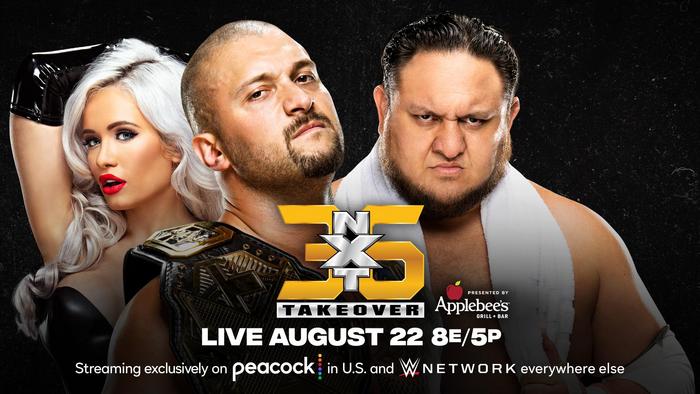 The return of Samoa Joe is almost here. After joining NXT as William Regal‘s enforcer, Joe has been provoked to the point where being an enforcer is not enough. Instead, all Joe wants is to put Karrion Kross in his place once and for all. Kross has acted like a confident, selfish champion since NXT TakeOver: In Your House and that’s why Joe is here to end all of it. Kross has been splitting time between NXT and Monday Night Raw. His undefeated record may no longer be intact but the man has shown he is dangerous once again and his anger could be what helps him retain the NXT Championship. Joe, however, is the two-time NXT Champion in this battle and could be making history as the first-ever three-time NXT Champion by putting Kross to sleep once and for all.