Pro Wrestling NOAH presents CROSS OVER 2021 in HIROSHIMA, featuring a card filled with strong undercard bouts, a tag match including The Great Muta, and three NOAH championship matches! Here is the rundown of the matches for the show.

CROSS OVER 2021 in HIROSHIMA Full Card 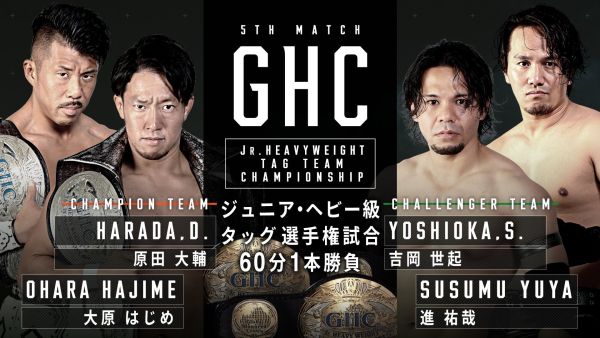 Yuya Susumu and Seiki Yoshioka of STINGER made the challenge to the current GHC Junior Heavyweight Tag Team Champions after their last title defense. Being fighting champions, both Daisuke Harada and Hajime Ohara agreed to defend their championships against the two citing them as worthy challengers. However, the story of these four isn’t that hard to look back on. It was just this year that Yoshioka defeated Harada for the GHC Junior Heavyweight Championship at Nippon Budokan. It was also just this year when Susumu beat Ohara in singles action.

There is clearly unfinished business between the two teams. In the buildup, we have seen Daisuke Harada and Seiki Yoshioka continue to go at it. Harada even picked up a singles win over Yuya Susumu, but his sights remain on Yoshioka. Will Yoshioka, along with Susumu, kill Harada’s title run again or will Hajime and Harada continue to elevate the GHC Junior Heavyweight Tag Team titles? 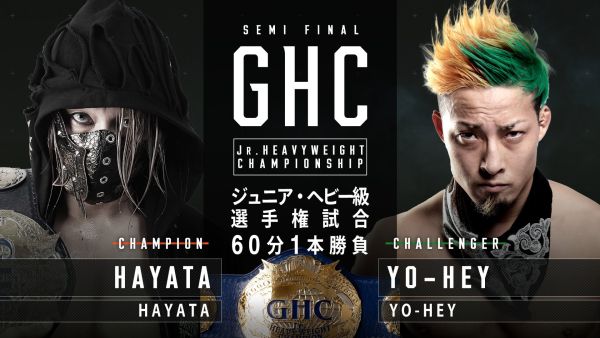 Both HAYATA and YO-HEY had hands in bringing back the NOAH junior heavyweight division, so to speak. The group known as RATELS comprised of them, Daisuke Harada, and Tadasuke; together, they brought a lot of eyes to NOAH. Through many trials and tribulations, the group officially disbanded in May of lasts year. As HAYATA and YO-HEY defended the GHC Junior Heavyweight Tag Team Championship, HAYATA turned on YO-HEY, joining STINGER. HAYATA then beat YO-HEY in the tag title decision match. STINGER even got Seiki Yoshioka to turn on YO-HEY and Hajime Ohara to disband FULL THROTTLE.

YO-HEY challenged HAYATA for this title before, but this might be his best chance at capturing the belt. Now part of Los Perros del Mal de Japón, he finally feels like the centerpiece of a group. The timing was perfect when HAYATA defeated Ikuto Hidaka to retain the title, and because of that, YO-HEY made his challenge. Will HAYATA celebrate his anniversary in wrestling with a win, or will YO-HEY finally strike singles gold? 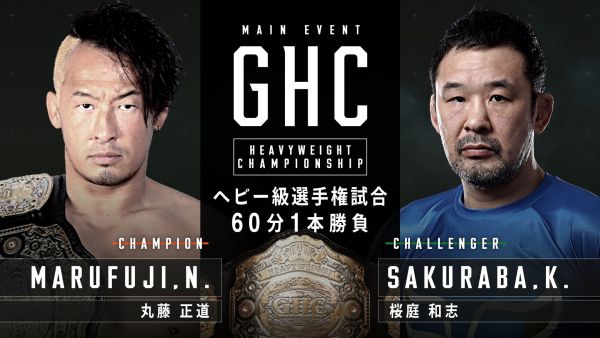 After another stellar match between Takashi Sugiura and Naomichi Marufuji,  it seemed like Marufuji would be unopposed. However, backstage, Kazushi Sakuraba, the partner of Sugiura, made his challenge for the championship. Sakuraba claimed that he found Marufuji’s weakness and discovered how to beat him. Upon hearing about the challenge, Marufuji jumped at the chance and accepted the title match.

Their last big title match meeting was for the GHC Heavyweight Tag Team Championship. The end result was Sakuraba tapping out Marufuji. With that win, it seems the supposed favorite, Marufuji, is the one going in with the disadvantage. Assuming both men are entering the N-1 Victory tournament, who will be the one entering tournament season as the GHC Heavyweight Champion? Tune into CROSS OVER 2021 in HIROSHIMA to find out.