The modern day adaptation of professional wrestling companies going head to head with live programming, known as a ratings war, began in October 2019 when AEW and WWE set their respective shows in Dynamite and NXT for Wednesday nights, thus creating the “Wednesday Night War”. This so called “War” was ongoing when the Covid pandemic hit worldwide. Both shows were forced to be held with no live audience, from their home bases in Orlando and Jacksonville, respectively. This continued for NXT and AEW, every single week, for what would turn out to be well over a year.

Dynamite and NXT shared the same time slot until NXT officially moved to Thursdays on April 13 of this year, with a mostly negative record against AEW. We are going to look at the weekly shows and Pay-Per-Views from their first show with no audience back on the March 11th, 2020 edition of both shows and trying to determine who had the better overall product between then and April 13th, 2021. Now, it must be clarified that this period of time should not be looked at as some kind of ruthless competition when, in reality, it has been a particularly difficult time for everyone in general and professional wrestling has fared no better. Let’s dive in. 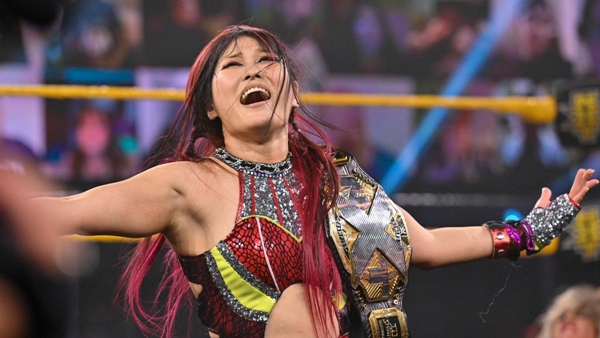 While WWE has struggled through the pandemic, the usual “shining light” of the so called “Land of the Giants” once again delivered and even despite a failed ratings war against AEW and a few horribly timed injuries, scandals and call ups, NXT was able to once again have a successful year in terms of fan reception. As usual, NXT was WWE’s show with the most coherent storylines and the better in-ring action – even with the self-inflicting obstacles of the constant call-ups of talent while they’re taking part in major NXT storylines. There were also the numerous COVID outbreaks that happened during the year on the yellow brand – apparently due to a minority of roster members downplaying the severity of the pandemic.

One of NXT’s best moves outside of their in-ring product was, without a doubt, moving the show away from the usual Full Sail University location to their Performance Center in Orlando and naming the place the “Capitol Wrestling Center”. This was a slam dunk of a decision from a few different angles. First, it gave their shows a unique identity different to any other promotion; combining the large LED screens with fan reactions of the ThunderDome, with the limited and spread out fans look AEW had at this point in time. Secondly, it continued NXT’s trend of paying tribute to the past greats by passing a nod to the Capitol Wrestling Corporation, which was founded by Vince McMahon‘s grandfather, Jess McMahon, almost 70 years ago.

Now, from a point in favor of NXT to one against, the yellow brand had an absolute carousel in the announcing positions this year. The year began with Mauro Ranallo and Beth Phoenix at the booth, which was a partnership fans particularly appreciated. Presently, Vic Joseph and, somehow, Wade Barrett are at the announcing booth, after both Byron Saxton and Tom Phillips also made a good amount of appearances announcing during 2020. For a while, things were made awkward with Beth Phoenix’s situation. She was calling the shows from her home in Canada which, for months, gave the shows a small delay between announcers – which most times disrupted the calling of the match.

Finally for NXT, a big factor for their successful “pandemic run” was definitely their handling of the women’s division, as per usual for the Triple H team. This past year and a half, we witnessed the rise of Io Shirai as the head of the division – with a 304 day reign and 7 successful title defenses. Not only did we see Io do some of the best work she’s done since arriving in WWE, but also how NXT expertly covered the losses of superstars like Bianca Belair and Rhea Ripley with the return of fan favorite Ember Moon and the arrival of world class talent like Franky Monet – previously Taya Valkyrie.

To put a cap on NXT’s women’s division during the pandemic, it has to be mentioned how a new set of championship belts for tag teams were unveiled and we now, 4 months after the unveiling, are into the fourth title reign of the belts. These belts helped highlight talented performers like Shotzi Blackheart, Candice LeRae, Indi Hartwell and, especially, Dakota Kai and Raquel González whom, after over a year and a half of being together, now head into a championship program as certified stars in wrestling. 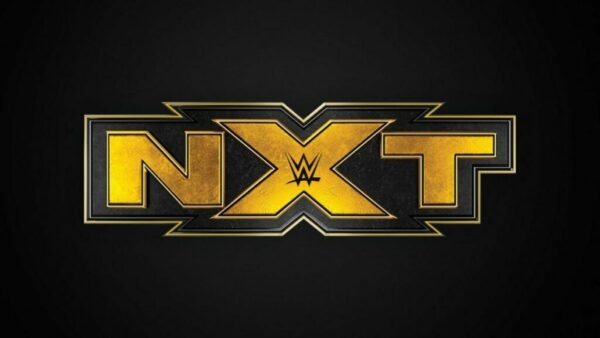 It’s difficult to fairly rate NXT’s time during the pandemic, although it could be over-simplified by stating that while they had a great year of in ring action, stories being told and characters evolving, at the end of the day, everything that happened outside the ring – like the Velveteen Dream and Drake Wuertz scandals, or losing basically every week in the ratings to AEW – definitely had an effect on NXT’s year and have to be considered when judging the brand’s performance.

At the end of the day, NXT’s product has been consistently good ever since the pandemic struck. We might say it has even been good enough to overlook and outweigh some of the outside of the ring controversies. To summarize, however, there were ways to make NXT a better product and WWE not only did not achieve this but actively made decisions that negatively affected the brand’s product. 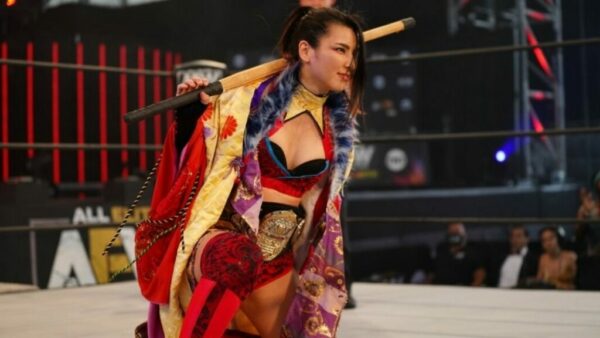 Just a little under 6 months after the first ever edition of Dynamite, the pandemic hit worldwide and AEW had to quickly figure out how to run their shows weekly from Daily’s Place; how their storylines should progress and how they can attract new fans and talent to an unproven, new promotion during such an uncertain time. Despite all of the obstacles thrown their way, they did a pretty damn good job at it. Early in the pandemic, AEW set the bar high with how their talent and staff were taken care of through every step of the process. They kept production values for both their weekly shows (and their 4 Pay-Per-Views a year) and their product remained fresh and captivating at all times.

It goes without saying but AEW also had their fair share of questionable moments and mistakes during this period of time. These mostly include issues with storyline continuity, or characters and even matches eventually falling flat – although we believe the positives ultimately outweigh the negatives over the last 18 months.

Honestly, when people look back and remember AEW’s product during the no-live audience era, we will think about how the mythical “forbidden door” was finally slammed open by Tony Khan and thus gave us moments like the IWGP U.S Championship being repeatedly defended on Dynamite; KENTA making a few appearances and most recently, Hikuleo, son of King Haku, making his debut match in a losing effort to Lance Archer for the aforementioned IWGP U.S belt. It has been a wild and crazy year for the Jacksonville promotion but this alliance with New Japan Pro Wrestling and the entire program with Don Callis and IMPACT Wrestling, where it has blown up to a full on partnership with talent trades and overlapping champions, has all the potential in the world to be remembered as one of the biggest and best plays in modern wrestling history.

Now, with such a monumental statement in mind, we must discuss a negative in AEW’s year and it’s difficult to ignore how, for months, the women’s division was without a doubt the least “Elite” part of the show. As we all know, the pandemic made it impossible for most of the Japanese female stars to travel and be a part of AEW shows and mixed with a few key awfully timed injuries to stars like Anna Jay, Kris Statlander, Britt Baker, the pregnancy of Brandi Rhodes and the late arrivals of stars like Thunder Rosa, Jade Cargill and Tay Conti meant that for months, while the division picked up steam, it was Hikaru Shida who was given the unfortunate (though valiant) job of carrying the division.

To be fair to AEW, they did eventually correct the situation over the course of months with the already mentioned additions and the rise to stardom following injury of Britt Baker. While it may not seem like a valid negative on AEW’s record, when compared to the constantly good women’s product NXT delivered during the same months, it’s hard to not mention it.

Lastly, for points in favor of AEW, probably their biggest and best move during the pandemic was to not only keep doing the Dark shows but to bet on them and actually make it twice as long – which eventually wasn’t enough, thus resulting in Dark: Elevation. These shows hosted some of the best wrestling during the pandemic,  as it followed the same formula trough the entire pandemic of using unsigned, local talent along with AEW signed wrestlers in an attempt to showcase and scout talent; give signed talent time and experience in front of a camera and finally put out a compelling wrestling product with short but sweet matches during a time when people were desperate for good wrestling. In hindsight, it was a no-brainer and largely effective. 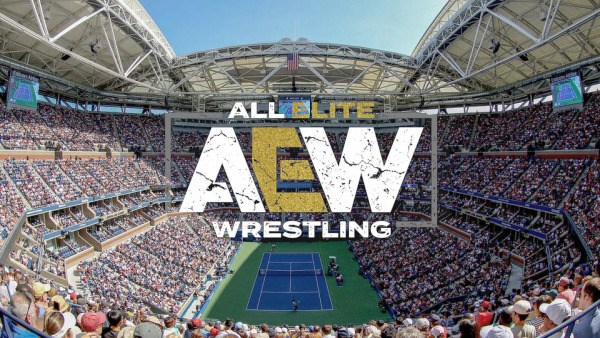 Without sounding like AEW shills, it is certainly difficult to argue that NXT had a better year than AEW when looking at everything that has occurred throughout the pandemic. When AEW’s biggest sin in these 18 months was not giving the women good enough stories – and without possessing another critical option for what they did wrong, we believe it to be a good sign of how their year went.

While we know their product wasn’t perfect, AEW made a clear effort during this times to give the fans a product they could enjoy short, medium and long-term; while at the same time contributing to the wrestling community – giving as many people as possible job security and an opportunity to be seen worldwide. That is something that should never go unnoticed.

We’re sure there’s bound to be, at the very least, a little controversy over if AEW actually had the best product over the pandemic but, honestly, taking into consideration the previously mentioned best and worst through the year, AEW became the undisputed home for creative and ambitious wrestling. Fans looking for entertaining, compelling and consistent pro wrestling every single week no doubt found a home with AEW.