On Tuesday night, NXT will head to SYFY for a special two weeks while the Olympics take over USA Network. In doing so, NXT has prepared multiple must-see matches in the breakout tournament as well as in their men and tag team divisions. Here’s a look at the WWE NXT card for Tuesday.

A battle between two former NXT North American Champions will commence in the main event on Tuesday. Adam Cole has been as determined as ever to show that he is still the very best in NXT, so this resulted in Bronson Reed laying down the challenge to prove it against him. The mix of styles here could deliver a great match where it’s power versus technique. Whoever wins this one could find an NXT Championship match on the horizon if so. 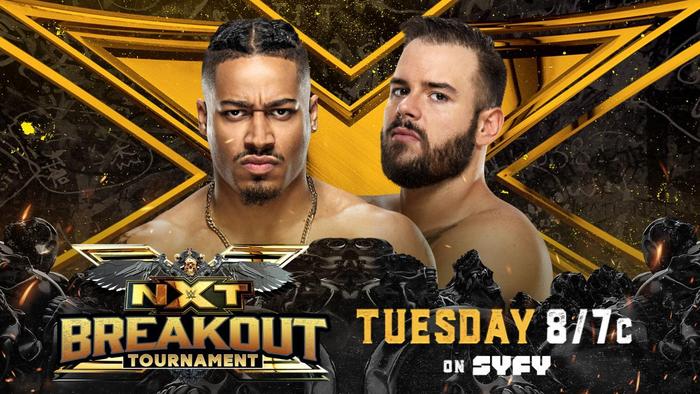 The NXT Breakout Tournament will continue once again this week as Carmelo Hayes will face newcomer Josh Briggs. Hayes has shown in just two appearances against KUSHIDA and Adam Cole that he is afraid of nobody and is one of NXT’s next big stars. Briggs, on the other hand, is a former EVOLVE Champion looking to stop a favorite in Hayes during this first round matchup. Hayes not only should be walking through this one as the winner but this tournament as well. 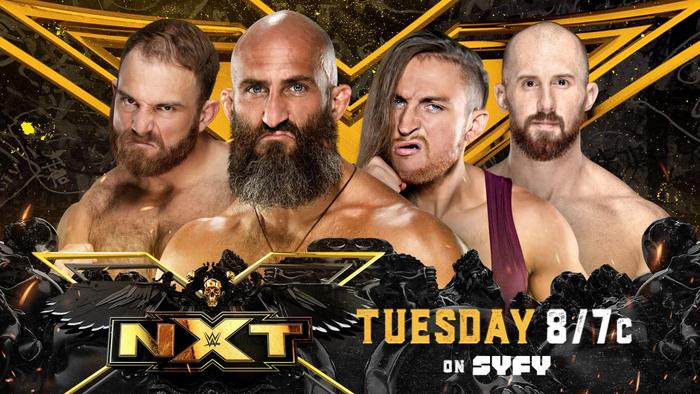 Hard-hitting tag team action should be expected Tuesday as Timothy Thatcher and Tommaso Ciampa prepare for war against Pete Dunne and Oney Lorcan. Thatcher and Ciampa came up short in their NXT Tag Team Championship match against MSK at The Great American Bash, forcing them to go back to the drawing board. Dunne and Lorcan have been looking for a fight and it seems they have found one in the roughest and toughest team NXT has to offer. These four should put on a good show for everyone.