Last summer, the vocal fanbase of WWE Superstar Naomi erupted into a hive of tweets hashtagged #JusticeForNaomi and #NaomiDeservesBetter. The source of their ire was a match with Lacey Evans, in which Evans tied Naomi’s braids to the ropes. It seemed an ignominious act towards an athlete with so much prowess and many accomplishments behind her.

Roughly a year later, the Twitter campaign has been reignited by Naomi’s recent Monday Night Raw match. Billed as a match against the returning Eva Marie, what occurred instead can only be described as a squash, for which Eva Marie claimed victory through the athlete in the ring with Naomi was her apparent henchwoman, NXT UK’s Piper Niven.

Niven served slam after slam to Naomi in an uneven encounter reminiscent of The Ultimate Warrior’s homecoming match against a young Triple H circa 1996. It was not what fans were sold, not what anyone seemed to have been clamorously asking for, and most of all, not what Naomi’s fans believe that she deserves. 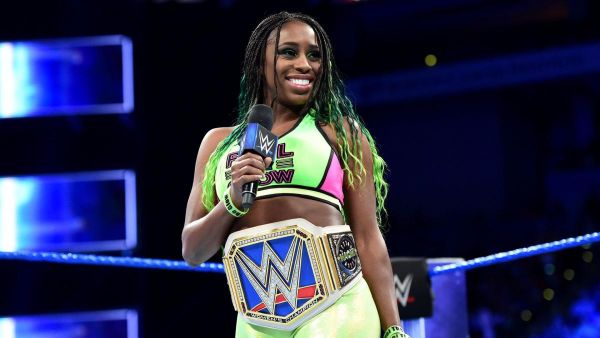 A Potential Move to SmackDown

One suggestion circulating amongst the fandom is that Naomi would be best served by a move to Friday Night SmackDown, to take a place in the Tribal Chief storyline alongside husband Jimmy Uso, and in-laws Roman Reigns and Jey Uso. It is certainly the most impactful story being told by WWE at the moment, revamping Roman Reigns’s persona 180 degrees and giving nuance and depth to Jey Uso’s character as well, and launching memorable feuds with Edge, and Kevin Owens, and most recently, Rey Mysterio.

The SmackDown roster is currently the nexus of both engaging storytelling and attention-grabbing matches, and its women’s division is in a healthier state than Raw’s, with impactful players like Sasha Banks, Bianca Belair, and Bayley on the roster.

While Naomi’s momentum has been slowed down by injuries in recent years, she still has an impressive track record. She is the first African American SmackDown Women’s Champion, and the first winner of the first women’s battle royal. She was a key player in the Women’s Evolution as the Divas division was phased out, and the women’s division was born.

From Heel to Babyface

Aside from that, Naomi transitioned from a heel persona in the Divas days to an engaging babyface. Her ‘Feel the Glow’ gimmick is eye-catching and crowd-pumping, and powered by an inspirational mantra of positivity, much like The New Day. Fans respond to her fist-pumping entrance, colorful persona, and ever-changing hairstyles. In the ring, Naomi’s athleticism is unique, characterized by robust athleticism, saucy and spunky flourishes from her dance background, and the impressive stamina that helped her last over forty minutes in a women’s Royal Rumble.

With the recent squash against Nivens once again throwing a spotlight on how she has been underutilized, Naomi finds herself at a precipice. This kind of show of support from her fans could be the perfect springboard for Naomi to take center stage in a big way, driven by the fans’ vocal wishes. The Twitter campaign #NaomiDeservesBetter is much like the grassroots power behind the successes of Daniel Bryan and Kofi Kingston, except that this would be a second wind and second act for the former champion.

Whether on Raw or SmackDown, Naomi is popular, an athletic powerhouse, a beloved figure in recent WWE women’s history, and, at only 33 years old, at the height of her powers. There are quite a few female athletes it would be a delight to see her mix it up with in a proper match or feud, or even as a tag team. 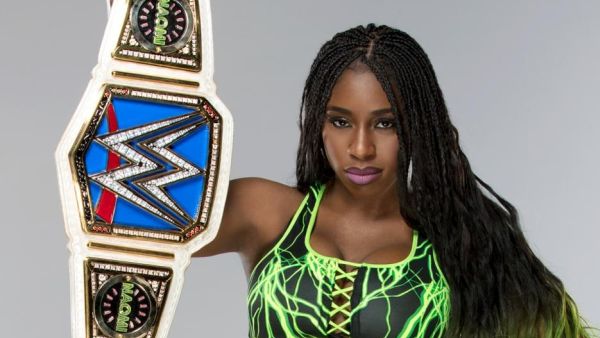 For instance, Rhea Ripley. Ripley, with her prodigious strength and brutal battle style, was the undisputed alpha of the NXT women’s division after the departure of Shayna Baszler. Her main roster debut was delayed by COVID-19, and she had a disheartening showing at crowdless WrestleMania 36 wherein she lost the NXT Women’s title to Charlotte Flair.

Ripley spoke of how the experience dimmed her confidence, but she continued to put up a hard fight on the black and gold brand against opponents like NXT UK nemesis Toni Storm, current NXT Women’s Champion Raquel González, and the woman whose reign González ended, Io Shirai, until finally making it to Raw earlier this year. Although she has been engaged in a feud with the woman who conquered her at WrestleMania, Flair, instead of doubling down on the history between the two women, they have traded petty snipes and engaged in pointless beat the clock matches with Nikki Cross and Asuka.

Once the summer pay-per-view cycle releases Ripley from the Flair storyline, why not a heel run-in that sees Ripley attack dust it up with fan-favorite Naomi? Ripley is at her best when she is the aggressor, and the sympathy factor from Naomi’s fans would be through the roof. Ripley is strength personified, and Naomi is Apollonian, buoyant, and playfully perseverant in the ring. Matches between the two would be like an earthquake trying to bring down the wind, and it would do much more for Ripley’s Raw persona than the current storyline with Flair has so far.

For another option, Nikki Cross and Naomi are both tag team players missing a partner; Cross thanks to the Alexa Bliss supernatural heel turn, and Naomi thanks to the recent release of Lana. Lana was a versatile team player who was willing to try any gimmick, whether it involved a Russian accent, a love affair with Bobby Lashley, or being slammed through ten tables by Nia Jax. Her partnership with Naomi saw her adopting the latter’s ‘Feel the Glow’ gimmick and dance moves, and it seemed they enjoyed hanging out, too, as social media attests.

Cross is not quite so malleable, and as a tag team, she and Naomi would be two distinct personalities playing off each other’s strengths and styles. Cross is kinetic and frantic, and although her Beat the Clock Matches have been frivolous, fans have reacted positively to seeing her onscreen again. Both Naomi and Cross helped keep the SmackDown brand invigorated at the beginning of the crowdless show era and the two fan favorites would be a good babyface foil to Jax and Baszler, or even an increasingly edgy Dana Brooke and Mandy Rose, who recently took on the role of aggressor in a nascent feud against WWE Women’s Tag Team Champions Tamina and Natalya.

Speaking of Tamina and Natalya, Naomi has history with both women, and a move back to Smackdown would land her on the same roster as former Team B.A.D. stablemates Sasha Banks and Tamina. While ostensibly a heel stable in the latter days of the Divas division and dawn of the women’s evolution, the three had infectious chemistry. Banks split with partner Bayley nearly a year ago at the start of the former “Hugger’s” dynamic, comedically tinged, and wildly successful heel turn, and had an iconic match against current SmackDown Women’s Champion Belair at WrestleMania 37. If she is looking for a new partner, teaming with Naomi and going for the Women’s Tag Team titles would be thrilling. Tamina, their former comrade, and “The Queen of Harts,” Natalya, would be the perfect adversaries for the two. 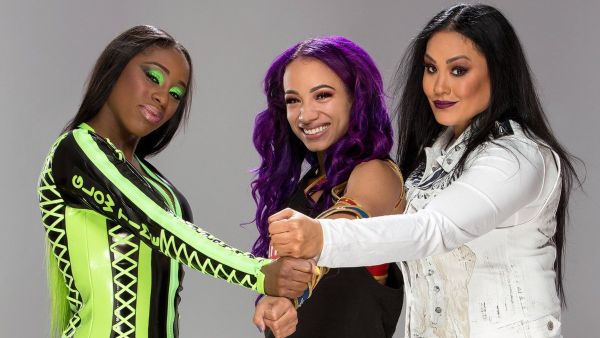 Tamina is hitting her stride now more than ever, and Naomi and Natalya have fought some of their best matches against each other. Naomi’s never-say-die athletic wiles are the perfect compliment to Natalya’s Hart Dungeon-certified submission style; watching Naomi stay alive, slip free, and fight back as Natalya attempts her Rolodex of holds, as the athletic chemistry hums from both performers, is a treat. Seeing all four women in tag action against each other would be yet another entry to SmackDown’s recent run of stand-out tag team matches.

Naomi still has plenty of fighting spirit and should have many more memorable days in the ring ahead of her. With possibilities like these, hopefully, the Eva Marie and Piper Niven match is a minor setback to a major comeback.

The Good Brothers Return to NJPW for the First Time in 5 Years
Dean Ambrose, Seth Rollins, and Roman Reigns All Hold the WWE Championship in One Night Five Years Ago