The current state of the division is that it has three teams spread across two different brands, Raw and SmackDown. The reigning champions, Tamina and Natalya, had to hoist Nia Jax and Shayna Baszler from Raw on their turf, SmackDown, to gain the gold, and then vice versa had to hit up Raw to defend their belts. It would be ideal to say that all of this brand hopping is a deliberate move to build synergy between WWE programming, but it’s fair to assume it was an oversight as budget cuts have winnowed the WWE women’s tag team division pretty hard. The cuts saw Lana and Ruby Riott go, destroying the tag teams they were part of, as well as dashing any hope of an IIconics reunion when Peyton Royce (Cassie Lee) and Billie Kaye were both released, as well. 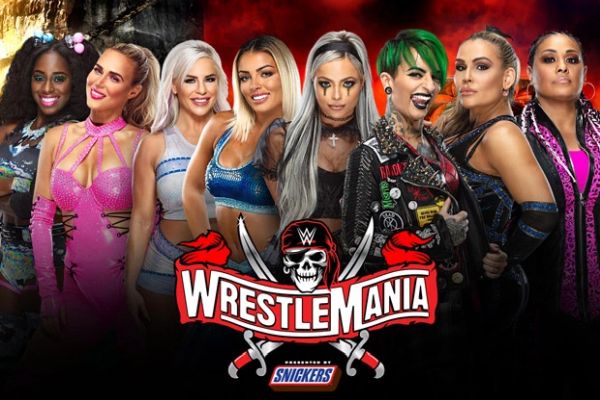 Storylines have also taken their toll on the WWE women’s tag team division.

Last summer, the dominant forces of Sasha Banks and Bayley and Jax and Baszler went head to head, with the latter applying so much pressure that the former split due to Bayley’s meltdown over her and Banks’s loss of the tag titles. Charlotte Flair and Asuka were briefly a team, and then just as quickly fell out and were separated. Nikki Cross and Alexa Bliss were separated by Bliss’s psychedelic heel turn instigated by “The Fiend” Bray Wyatt.

The angle that Cross was battling her friend for her own good to force her back into the light was quickly dropped. As Cross took a long hiatus from action, the demonic Alexa Bliss character morphed into an ominous bete noire that spent little actual time in the ring.

The budget cuts sent tag team players off to the wild blue yonder of “Future Endeavors,” made the women’s division smaller, and left the remaining players in the division with few competitors, and few stories to tell.  The remaining teams are Rose and Brooke, Jax and Baszler, and Natalya and Tamina, but they might have added a fourth team to their ranks. 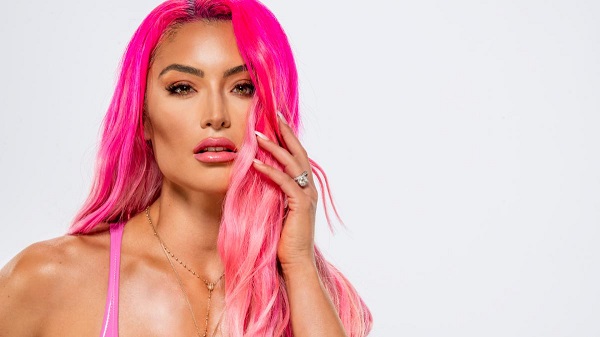 Eva Marie’s return has been teased for some time.

Ina series of vignettes, Eva Marie professed her desire to be “a role model” to others with her return to the WWE. While on sabbatical from the world of pro wrestling, she has branched out into appearances on reality TV, fashion design, and building a social media presence. Her first run with the WWE ended in 2017. She returned announced as a competitor against Naomi but stood ringside while it was actually her associate Piper Niven who easily defeated Naomi in a squash match. It is too early to tell whether the two could be called a “tag team”, as such, but if so, it will probably be in the A.J. Styles and Omos mold, with Niven ever ready to pull Eva Marie out of a tight spot when things start to get real in the ring That is, to say, if she deigns to enter one.

The storyline seems to indicate that a feud will begin between the two teams and that the August draft will place Natalya and Tamina on Raw to facilitate the feud. However, it has many weak spots that were glaringly clear. Having the women fight over who has a serious work ethic and who prioritizes celebrity glamour is reductive, rather than showing discord erupt between them for some reason that has nothing to do with feminine beauty. Also reductive is throwing Natalya’s background in her face. 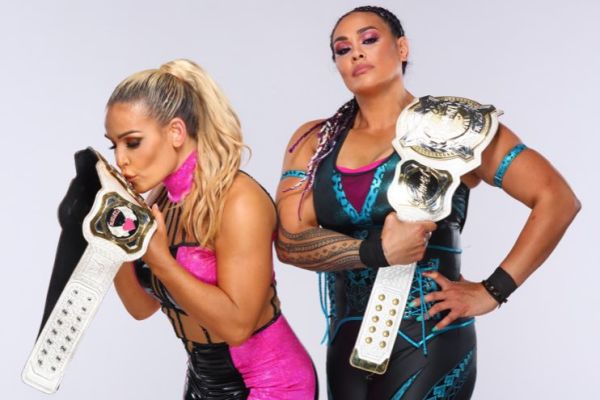 As Natalya once pointed out to Ruby Riott, it’s not that easy to get hired at a company where your uncle once punched the chairman in the face.

The Hart material has been well canvassed many times before and holds little weight considering the family’s history with the WWE is actually a turbulent tale rather than a primrose path. It would have been a much less circuitous route to have Brooke and Rose simply get sick of not being given opportunities, and challenge Tamina and Natalya. It’s ironic that the hesitancy to show Mandy Rose as an aggressive competitor utterly belies the fact that she does have it in her to be one-and that would be a thrill to see. This was a wasted opportunity to show Rose and Brooke take the initiative and go for what they want with bravado, instead of dishing halfhearted and twice-baked insults.

The WWE women’s tag team division has gotten smaller, and the stories that it has told recently have been plagued with improbable events-some of them at the hands of a diabolical doll. The potential players they have remaining are separated from each other by brand, or by storylines that have reinvented some characters and left others in the lurch. Given the golden moments SmackDown has been producing with The Usos, Mysterios, and even a stand-out match between Street Profits and Alpha Academy on June 11’s episode, WWE can do tag team wrestling admirably. Their women’s tag team division has the talent; it just needs some attention, investment, and love.