On March 4, 2020, in Denver, Colo., All Elite Wrestling (AEW) was set to see its future turned on its side when The Lucha Bros, Penta El Zero Miedo and Fenix, officially aligned with PAC to form Death Triangle. They instantly felt like a group worthy of being at the top of the food chain in not only AEW but the entire industry. All three men are legitimate main event players who came together to form what many could call a super trio. However, as we look at the calendar and it being over one year since they formed, they have very little to show for it.

There was a pandemic that began immediately after this group formed that derailed any of their plans to heat up and become this next big thing, but now that they are together and have been for a few months now, PAC, Penta, and Fenix have nothing to show for it. Not only are they directionless as of this writing, but they have become part of convoluted storytelling on television that has to make you wonder if they are the serious threat they once felt they should have been. Right now is AEW’s chance to change the notion for them before it’s too late and Death Triangle is no more.

A Pandemic Forces All Three To Miss Time

When COVID-19 struck, it forced many to go home and leave the United States. The Lucha Bros went back to Mexico and PAC went back to England. Penta and Fenix returned not too long after in June. They were stuck for the majority of the time, seemingly looking for answers and direction (ring a bell?). PAC was not heard from for months until finally breaking his silence in November. He made the point that he was stuck in isolation for months and that once he was out, he was going to bring the pain back to AEW. No one knew if this meant he would be actually returning or not, as The Lucha Bros had become part of Eddie Kingston‘s family and there was no definitive date set on when he would be back. It looked as though the Death Triangle was an afterthought.

Reformation and Yet No Capitalization 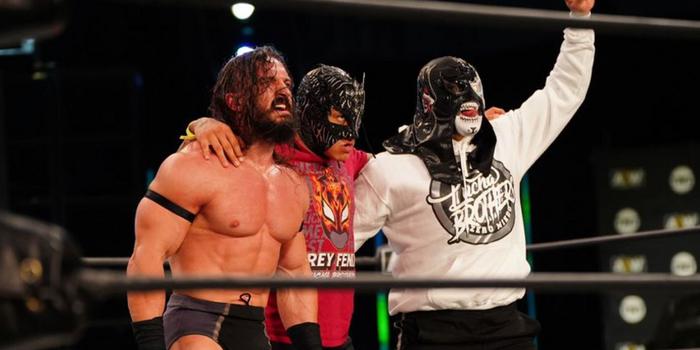 Thankfully, they were not forgotten. Nov. 18 finally saw these three men back together. Eddie Kingston’s family was prepared to attack both the returning PAC and Fenix in the middle of the ring before Penta El Zero Miedo ran down to the ring with a chair in hand. He’d clear everyone out to reassure the reformation of this talented group. Instantly, they felt like the most important part of television as Fenix and Penta were gaining steam. PAC was freshly back and could have been handed a title opportunity and not a single person would have batted an eye. No matter, they were back and it was time to shine. PAC would defeat Eddie Kingston at New Year’s Smash and as we saw at Double or Nothing, he would get a world championship match as well.

Fenix had an incredibly hot start to 2021, having match after match that landed him as the best in all of wrestling. Penta has obtained the talents of Alex Abrahantes to create the always entertaining “Penta Says” promos, but as a group, their only major win is the Casino Battle Royale where they earned shots at the AEW World Tag Team Championships. As a group since the return, their record sits at 3-3 and have seen them fail in all championship matches they have received. It makes you wonder, what is the plan then? There was a failure to capitalize on the trio with some problems rising up with injuries and whatnot, but they are losing their biggest matches either way. That’s a problem and they cannot hold back any longer with them. It’s now or never.

Now or Never: Death Triangle Must Become Prominent in AEW or They Go Their Separate Ways 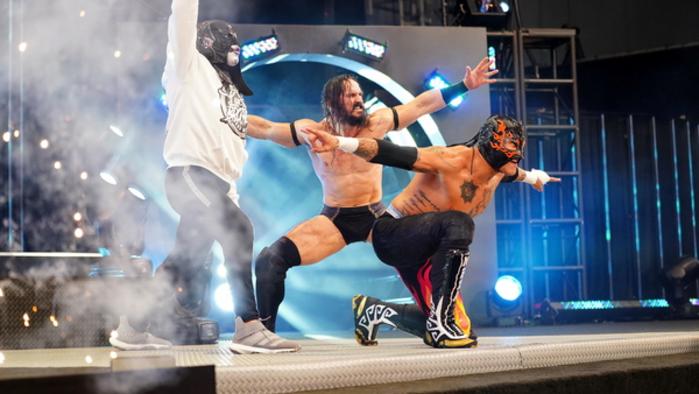 It’s officially now or never time for Death Triangle. These three men are all AEW originals in the sense that they have been there since day one. The Lucha Bros came in as one of the best tag teams in the world, perhaps the absolute best. PAC came in as one of the best overall talents in the world and when he’s been in AEW, he has shown he is pound-for-pound their most complete talent. These three contain some of the most talents we have ever seen in a single faction, yet they have not sniffed gold and only dealing with being mishandled in the majority of their time being All Elite. Every single time “Cero Miedo” is yelled by Penta, “The Bastard” lets the world know his thoughts or Fenix dazzles with some unbelievable move, the crowd is on their feet for them.

Instead of wasting time with stories that do not carry much interest like The Nightmare Family vs. The Factory or The Pinnacle vs. The Inner Circle for the third time in a different fashion, maybe, just maybe, Death Triangle can be given serious care and direction. Whether it’s as singles or a unit, these three should be more than just another group in a company with so many. They not only should be on the level of The Elite but receive the same time and respect as them. As Fenix currently deals with injury, PAC and Penta El Zero Miedo are forced to team with Eddie Kingston to face The Elite. If this is the beginning of them taking on a serious role, then great. But fans have been hoping to see Trios Tag Team Championships be introduced by AEW and Cody Rhodes has even teased them. If they are revealed, there is no other choice than Death Triangle to win them and be the inaugural champions.

The fact of the matter is this. Death Triangle has three men worthy of being world champions. They have two brothers who form maybe the best tag team in professional wrestling. And as stated before, they have a wrestler who may be the company’s best overall. It would be nice to believe that one day they will be the group holding all the gold, but as of right now, there’s no path to that reality. The only thing that anyone should wish for is that Death Triangle can find a direction that results in them being on top of AEW. It’s long overdue.