AEW rankings for this week have arrived as there is little change following last week’s Friday Night Dynamite. Let’s take a look at those who fell and rose in the meantime.

The men’s rankings saw zero change this week, as no one in the top five competed on Dynamite, Dark, or Dark: Elevation. However moving forward, it is likely that Jon Moxley falls out of the top five as Excalibur stated this past Friday that he was injured at the hands of The Young Bucks. 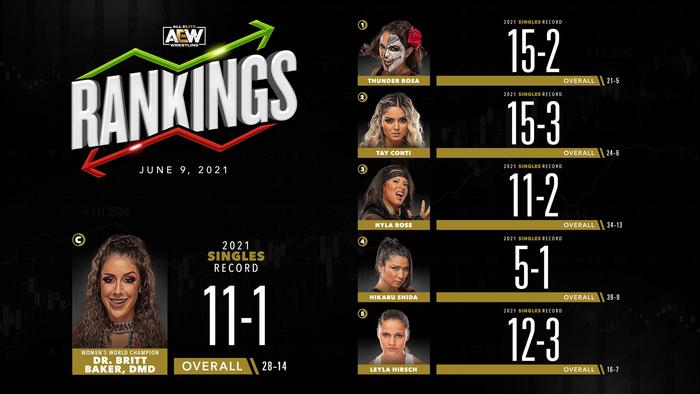 The women’s division, much like the men’s, saw zero change this week but Thunder Rosa, Tay Conti, Nyla Rose, and Hikaru Shida all added wins to their respective records. Rose made it pretty clear on Dynamite that she will likely be the first challenger for Britt Baker‘s AEW Women’s World Championship. 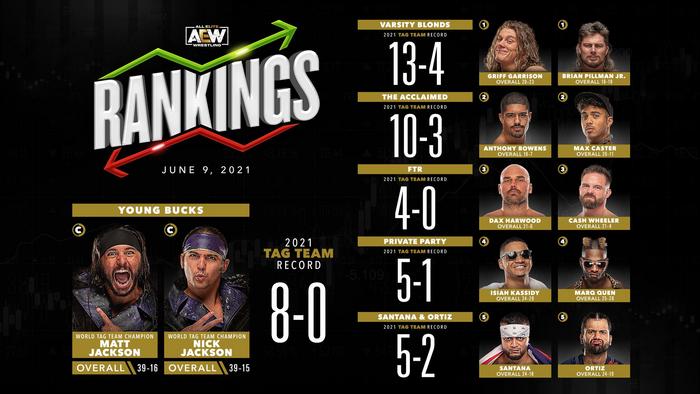 AEW’s tag team division was the only one to see any change in the rankings and is also the only top five to have an undefeated record in it. Private Party suffered a loss at the hands of Christian Cage and Jungle Boy last week, forcing them to fall from third to fourth. By default, FTR rose to number three. Santana and Ortiz have made their first appearance in the top five in quite some time, as they prepare for a match with FTR down the line. That could very well decide the next challengers to The Young Bucks as well.