Rey Fenix has long been one of the best high flyers in the world and in more recent years has established himself as a complete player, further pushing him into the best wrestler in the world status. Fenix has been making waves recently on AEW television, having better matches on their TV programming than anything seen on their own pay-per-views. It’s a credit to the man who became uberly popular during his days in Lucha Underground. Many have loved his tag team work with his brother Penta El Zero M and for good reason, but he has quickly shown that he is far more impressive than just being a tag team wrestler. It feels like the opportunity given to Fenix has been for good reason, as fans have been clamoring for it and AEW is finally delivering it.

It’s an interesting scenario for Fenix and AEW because of his group, Death Triangle. When the group was created involving him, Penta, and PAC, it sure seemed as though PAC would be the singles star to push the group forward. And while it still can be, Fenix has pushed himself to the front of the line in terms of who should be pushed to the top due to his incredible in-ring work and overall likability that is unmatched. Having the Lucha Bros portrayed as heels for so long never made much sense, especially for Fenix who is a genuine babyface that can lead any division. With this change in Death Triangle’s demeanor, it sets up an opportunity for Fenix to rise to the top as he has been. And when the top is said, that means gold should be included. Rey Fenix should be the next TNT Champion.

Rise of the Fenix: Road To Being The Next TNT Champion

There was always talk for years in pro wrestling circles — who will be the next Rey Mysterio? A tall task considering many see Mysterio as one of, if not the greatest masked wrestler of all-time. Well, this is where Rey Fenix comes in. The younger Lucha Bro defies the laws of gravity every single match he competes in, showing something new in his repertoire whether it be through the air or a devastating strike to his opponents.  And maybe that is why he is not the next Mysterio. But rather the first Fenix. There cannot be enough good things to say about the 32-year-old one-in-a-lifetime talent. And since the end of 2020, it seems Tony Khan and AEW officials have taken notice of that.

When PAC returned to AEW, it was instantly a situation of benefit for the Lucha Bros. While they were a part of Eddie Kingston‘s family, the potential of Death Triangle realigning excited everyone. And that they did. They have been the best part of Dynamite every instance on TV, as they all work with one another so well. Their return as a group has got fans talking about Trios titles because they would be the perfect team to have that inaugural run. But case beholds, these three are that good as singles that they don’t necessarily need trios titles. As we saw this past Sunday at Revolution, they can pick and choose the way they tag moving forward. Fenix and PAC went on to win the Casino Tag Team Royale after really teaming for only a month or two while Penta El Zero M was injured. 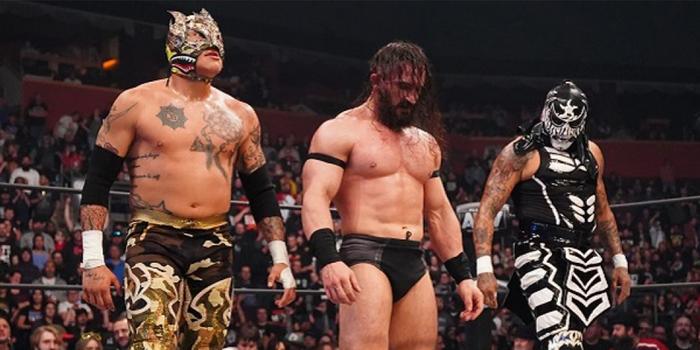 In Penta’s return, he dazzled in the Face of the Revolution ladder match showing how capable he was as a singles competitor. The point here is this — no matter the situation, these guys are going to deliver. But when it comes to the terms of potential, that’s where Rey Fenix has both of them beat.

Fans have seen it in Lucha Underground and AAA. The greatness is there. And it’s coming out more than ever on AEW. Look at his two major singles matches so far this year on Dynamite. He brought AEW World Champion Kenny Omega to the limit in what many believe to be the Match of the Year for AEW to this point. Then just a few weeks ago, he had another “MOTY candidate” with Lance Archer. That should be the one that really opens the eyes of the fans. The styles are completely different. Yet they went out there to steal the show. Fenix has been the guy AEW has went to in their big matches to not only get fans to tune in but be stunned by the action they can deliver on a week-to-week basis.

The beauty of Rey Fenix is that he gives it 110 percent every single outing. He does not hold back but goes harder in the ring. Fenix gives everyone an incredible experience as he shows why he is the best. And AEW can only wait so long before needing to crown him as a champion. Tag team would be cool, trios would be fine, but a singles title is what he has earned. His style of professional wrestling is an art. He mixes all the best parts to make one of the most jaw-dropping performers of our generation. The truth must be realized that his chance at being AEW World Champion is a distant way down the road, even though it will happen one day. But that doesn’t mean he should be held back from winning singles gold soon enough.

The TNT Championship was created to make future world champions. Much like the Intercontinental Championship once was in WWE, a lot like the Wonder of Stardom Championship is in Stardom, and mirroring what the IWGP Intercontinental Championship represented in NJPW, this title is there for a purpose. To show the world that while it’s not a world title, it still symbolizes greatness. Perhaps even considered a “workhorse” type championship. Creating that face of TNT is difficult but the champions before have begun to create something special with it. Cody Rhodes added legitimacy to the title as the first winner, defending it every week to show folks what it means to have a work ethic of a champion. The late, great Brodie Lee carved his own path with that championship, showing that greatness could be achieved in another fashion. And Darby Allin has shown you can be different while still being capable of being great. 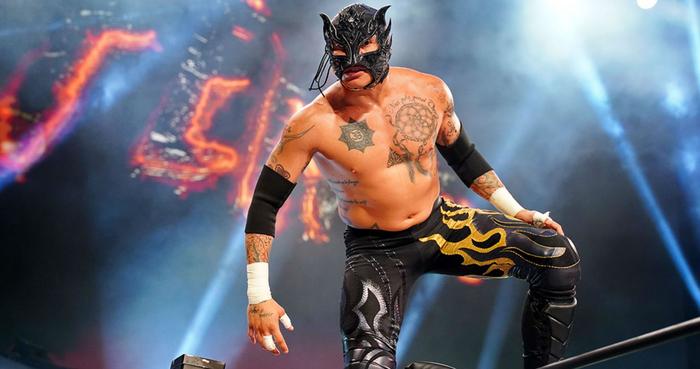 Fenix really fits all of those past champions’ ways, which is why winning the TNT Championship would feel right. Showing the work ethic of Cody, that destruction and leadership of Lee, and the ability to be different like Allin — all factors Fenix can appreciate, grab on to, and show to the world.

There is no one like Rey Fenix in professional wrestling today. No one has what he has. The natural ability, the charisma, and the unmatchable capabilities to do what he does in the squared circle. He has worked his way to where he is, setting himself up for greatness. The matches he can have. The prestige that he can create for the TNT Championship. It opens the door to so many avenues if and when he wins that championship. And that’s why he should be the next TNT Champion.