The WWE Raw card for this Monday night has two matches announced, but expect more especially regarding the WWE Championship. Here’s the WWE Raw card preview.

Riddle‘s playfulness with The New Day has run out after last week. Randy Orton walked out on Riddle following his loss to Kofi Kingston. That angered Riddle, who would shove Xavier Woods to the ground and show that he was siding with his R-K-Bro teammate. These two will now face off in singles action as their friendship seemingly begins a rivalry in a short number of weeks. Will Orton have Riddle’s back is the question here. 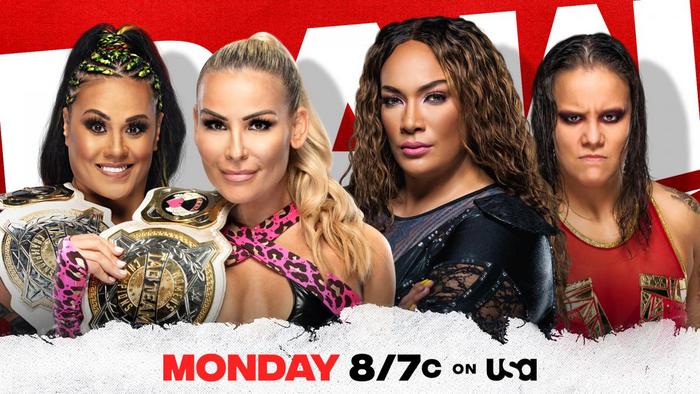 Natalya and Tamina will defend their WWE Women’s Tag Team Championships for the first time against the former champions, Nia Jax and Shayna Baszler. These two teams have been at it for months now. The winner of this one should not only be the champions but be the ultimate winner of the feud.

Will Kofi Kingston get a WWE Championship match? 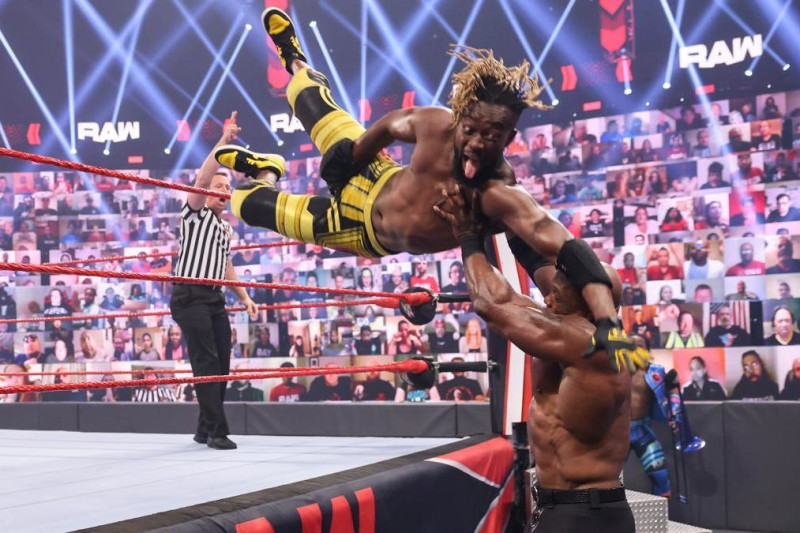 Last week, Kofi Kingston answered the open challenge of WWE Champion Bobby Lashley after already defeating Randy Orton earlier in the night. And while MVP would reveal before the match that the WWE Championship would not be on the line, it was still a chance for Kingston to prove himself. In the end, he picked up the win over Lashley and is now in the driver’s seat for an opportunity at the championship. Can Kingston make lightning strike twice? The world is hoping.