With Roman Reigns having decisively defeated Cesaro last week at Wrestlemania Backlash and now that Jimmy Uso is back to complete the Samoan family faction, Roman is ready to take on a new challenger for his WWE Universal Championship. Except, who will that challenger be? Let’s take a look!

With the great match we just saw from these two at Wrestlemania Backlash and knowing how much WWE loves a good old rematch, it seems a no-brainer that we will get to see the “Big Dog” against the “Swiss Superman” again in the near future.

Even if Cesaro lost clean this past Sunday, the narrative of the “King of Swing” still makes perfect sense with how close he came to dethroning Reigns, and in SmackDown’s current lack of top babyfaces it makes all the sense in the world to further this feud.

Considering the next WWE Network special is Hell in a Cell in only a matter of 4 weeks and considering the feud between the two doesn’t exactly have a Hell in a Cell feel to it, this rematch will more than likely happen on an episode of SmackDown as part of the build to the actual Universal Championship match. 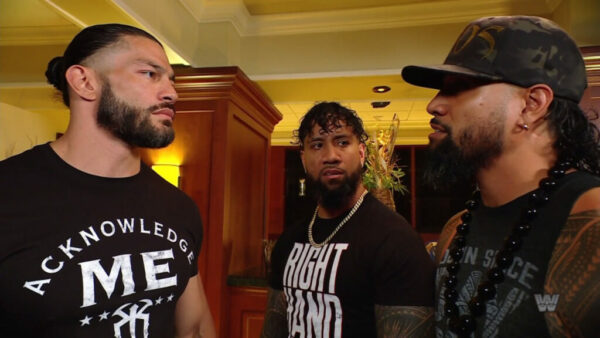 Last year, Roman Reigns defeated Jey Uso in a Hell in a Cell match forcing him to acknowledge him as the Tribal Chief and the Head of the Table; ever since then, Jey has been Roman’s right hand man after initially being reluctant to joining him.

Now, almost a year later, Jey’s twin brother Jimmy comes back after an almost year-long injury kept him out of action and is now in a position where he doesn’t approve of Roman and Jey’s recent actions. The story writes itself for this match.

Roman Reigns vs. Jimmy Uso for the Universal title at Hell in a Cell just has money written all over it, making Roman look like a million bucks by having to overcome his own family in his quest of becoming the Head of the Table and also bringing sense to the narrative where both Usos follow Roman’s vision. 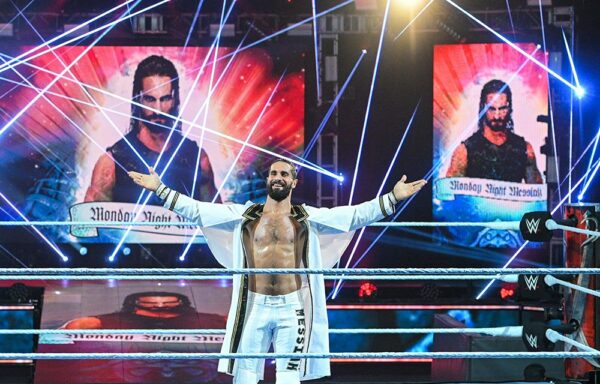 Following Reigns’ victory over Cesaro this past Sunday we saw the “Friday Night Messiah” come into the ring and attack the Swiss Superman, while Roman and both Usos watched Rollins crush Cesaro’s arm.

This angle’s whole purpose seems to be to further Rollins and Cesaro’s feud while also slowly adding Rollins into the title picture, possibly for a program at SummerSlam, just two months away.

This match could be the perfect way to give the Big Dog’s title run a little more legitimacy over the summer and give us a few top quality matches for the live audiences to return to and be excited to watch live.

Goldberg: Who’s Next for Goldberg? 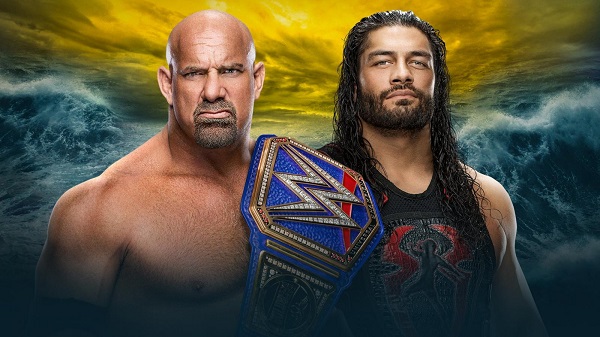 After last year’s WrestleMania match couldn’t take place, and with all the recent rumors suggesting WWE may be looking to hold a live show in Saudi Arabia before the end of the year, Goldberg may very well be next for the Tribal Chief.

Several reports indicate Goldberg signed a contract with WWE just last year which guaranteed two matches a year for the next two years, and we already saw Goldberg challenge Drew McIntyre back in January for the WWE World Title which would mean we are likely to see Bill in the next couple of months on WWE television.

In addition, this is the kind of match that makes perfect sense for WWE. A big, never before seen, previously canceled one-on-one world title match between two of the biggest box office draws in the company; on paper it looks like the perfect match to main event the first Saudi Arabia show post-COVID.

The Rock: Pretender to the Title of Tribal Chief? 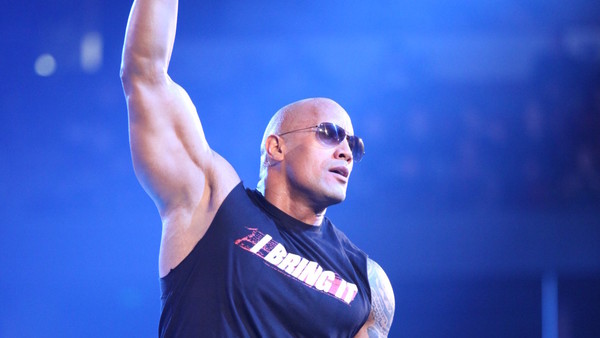 Now that we’ve taken a look at Roman’s possible challengers for the next couple of months, it is worth noting that The Rock has been in the conversation among wrestling fans as a future opponent for Roman Reigns within the next two WrestleMania events.

This match makes sense due to their family connection and Roman’s current, family driven heel gimmick which makes this match a matter of when we’ll get to see it, rather than if we’ll get it.

To be honest, this “mega match” seems just as likely to be taking place at either WrestleMania. It could either be held in front of 100,000 people in Dallas next year or it could close out the show at Hollywood almost two years from now.

This match would also do wonders for Roman Reigns’ career. It would immediately cement him as one of the best world champions in history by overcoming his iconic cousin; ending his quest to be acknowledged as the Head of the Table.

Would An NXT Money in the Bank Work?
Velveteen Dream Released By WWE