NXT on Tuesday night was another one with high stakes as Johnny Gargano would be forced to put his NXT North American Championship on the line against Bronson Reed. The twist, of course, was that it would take place inside a Steel Cage. That isn’t all, however, as it was a special night on the black and gold brand with a rivalry in the women’s division being put to rest and so much more to be excited about. Here are the WWE NXT results for Tuesday night, featuring in-depth match analysis for the main event and ratings for all the bouts that took place. 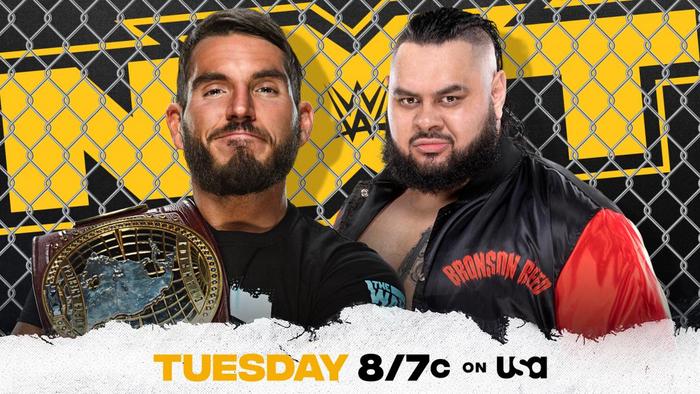 Johnny Gargano versus Bronson Reed inside a Steel Cage will go down as one of the best Steel Cage matches in NXT — maybe the best. The story they told throughout the night to set the stage for this match was marvelous. Reed was fighting for his family after a 14-year ride to this moment. From his days as Jonah Rock to Tuesday night, you could feel this may be a special moment for him. And the quality of wrestler that Johnny Gargano has been and always will be made for the perfect opponent to help make Bronson Reed a star on this special night.

Whether it was fighting off Austin Theory’s involvement or kicking out of anything Gargano hit him with, it was special. About halfway through the match, you could begin to really feel that change may be coming. Gargano looked like had no more answers at times, but that’s also what makes the champion so good. Gargano pulled out all the tricks, but the hulking power of “The Colossal” is what ultimately won him this match to become the new champion.

The closing sequence was perfect. Theory wiped out on the floor outside. Gargano down on the map. Rather than escape the cage, Reed slammed the door close. He then stared down at Gargano from the top rope before crashing down on him via the Tsunami. The three count was made and there was a new champion crowned. This match is what embodies the NXT that so many love and missed for the past year and a half. Reed was made a star as the emotions took over and it was the ideal moment to close the show. A great Steel Cage match.