Friday Night SmackDown returns to our screens once again. Last week’s episode of the blue branded show saw Cesaro and Daniel Bryan confront Roman Reigns and his entourage (Paul Heyman and Jey Uso). Bryan announced to the world that Cesaro is a certified threat to Roman Reigns’ reign as WWE Universal Champion. He’s right, too. Cesaro is on a roll lately and his recent push has been one of the highlights of the show the past couple of months. This confrontation led to the announcement of this week’s main event: Roman Reigns versus Daniel Bryan. One-on-one for the WWE Universal Championship. However, there is an added stipulation that might make fans of Bryan worry. Altogether, there are two matches currently announced for the show. Let’s dive in and take a look at what is currently announced for the SmackDown card. 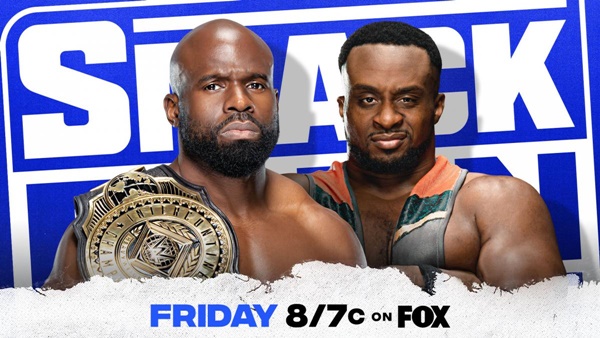 In a rematch from WrestleMania 37, Big E returns to square off once more against the “Nigerian Prince”, Apollo Crews. Apollo, with the help of Commander Azeez (who is absolutely not Dabba-Kato, apparently) defeated Big E in a Nigerian Drum Match at WrestleMania. Whereas there are claims from the audience that Apollo’s new character is goofy, if not insensitive, there is no denying that he is currently on the best run of his WWE career. He is in a prominent match on SmackDown; embroiled in a rivalry with one of the brand’s hottest stars in Big E. In all likelihood, Apollo will retain here, most likely with the assistance of his trusted Commander. Expect a decent match with some interference. 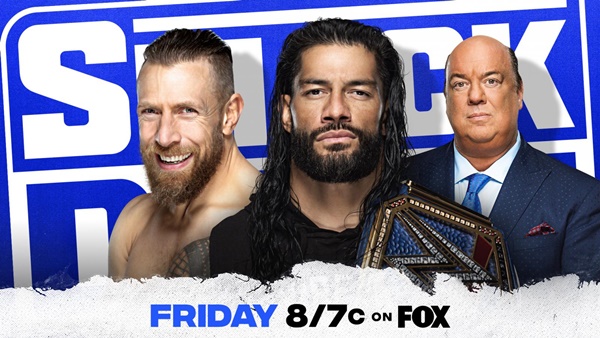 That’s right. Should Daniel Bryan fall short in his challenge for the championship, he will be banished from SmackDown. What does this mean, exactly? Is he exiled from the brand, whilst the locker room collectively sing Not One Of Us from Lion King 2? Is he fired out of a cannon? Or – even worse – is he sent to Monday Night RAW? We are not exactly sure. In all seriousness, this has been a highly-entertaining feud and whatever happens, Bryan can be proud of his this most recent run. He has recently dropped hints, again, that he is considering moving to a reduced schedule – years of touring and bumps having taken their toll. Roman Reigns, of course, has been excellent in his role as Tribal Chief antagonist since returning to SmackDown last year. There is no doubt this is leading to a match between Reigns and Cesaro in the near future, so you can expect to see Cesaro – as well as Seth Rollins – get involved. Jey Uso too, of course. He can’t help himself. Regardless, expect a good-to-great match and an emotional conclusion.

Not Announced But Expected For SmackDown Card

– Kevin Owens was defeated by Apollo Crews last week. At the conclusion of the match, Sami Zayn – relishing in Owens’ defeat – proceeded to perform some comical ska dances over the fallen Owens. Expect this feud to continue.

– Aleister Black made an appearance last week! For the first time in months, he appeared, wearing some glasses whilst proceeding to tell the viewers just some of their sins. This is obviously leading Black in a new direction and we will get more information on this on SmackDown.

– Bayley and Bianca Belair will no doubt continue their SmackDown Women’s Championship feud heading into WrestleMania Backlash.  Whether Sasha Banks gets involved or not remains to be seen.

– Rey and Dominik Mysterio defeated Otis and Chad Gable once again last week. Does a championship match against Bobby Roode and Dolph Ziggler beckon? Maybe we will find out this week.