One of the oft-forgotten events of the first three years of the WWE in the 2010s is heel Michael Cole. Remember him? Cole, who by this point had been on the WWE announce team for well over a decade, was largely seen as the corporate stooge of the announce team. A long-time announcer widely deemed as the replacement of the enormously beloved Jim Ross, Cole’s heel turn in 2010 made plenty of sense. Almost universally disliked, Cole, up until this point, had lacked in the personality which made JR one of the greats. Sure, his announce team with Taz in the mid-2000s was great, as was the first run with JBL on the SmackDown announce team. Cole was good as the straight man to the more lively heel partner. Then something changed in mid-2010.

The Beginning of Heel Michael Cole

Whereas most heel-turns have a defined date, Cole’s does not. It was a gradual process, which only saw his character grow increasingly despicable with time. However, the May 17th, 2010 episode of Monday Night RAW appears to be the beginning. At the conclusion of the show, Bret “The Hitman” Hart defeated The Miz for the WWE United States Championship, with assistance from the Hart Dynasty (Davey Hart Smith, Tyson Kidd and Natalya). This led to cries of foul play by Cole, who implied that Miz did not deserve to lose this way (despite Chris Jericho interfering to help him) and that Hart’s WrestleMania XXVI victory over Vince McMahon should have been enough. This was a clear change for a play-by-play commentator who – throughout his entire career – had been a cheerleader for the babyfaces of the roster. 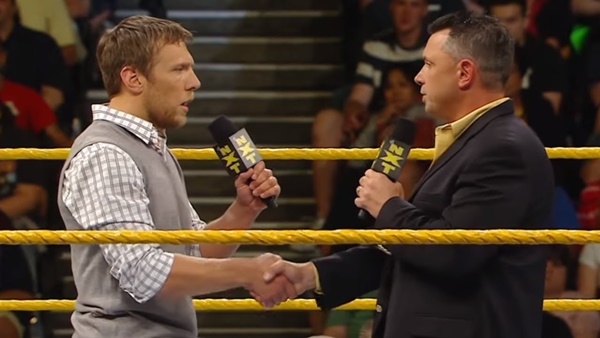 2010 only saw Cole becoming increasingly tedious. He regularly cheered for Miz on commentary; whilst playing-down, annoyingly, all of his opponents. Other heels would become his favorites whilst most babyfaces – with the notable exception of John Cena – would become targets of his abuse. Most notably, Cole would constantly attack Daniel Bryan. “Geek”, “Internet Darling”, “Charisma Vacuum” and “Boring” are just a few of the insults Cole would regularly shout when the now-WWE legend’s music would hit. If you thought Jerry “The King” Lawler was annoying on commentary at his peak, then Michael Cole was something far, far worse. Speaking of Jerry. 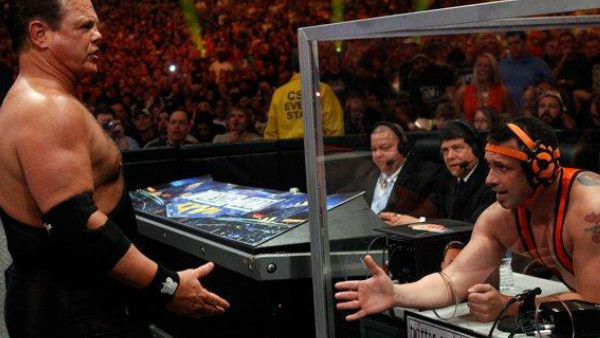 The feud between Jerry Lawler and Michael Cole was inevitable. At this point, Jerry Lawler was a babyface and the taunting of Jim Ross – Jerry’s long-time announce partner and best friend – was always going to lead to this. As different as the Michael Cole character was, at this point, it was taking far too much television time. Let’s not forget, this took place at the height of the John Cena era; meaning there were plenty of superstars on the roster clamoring for a spot on what was then a two-hour show. Instead, Michael Cole and Jerry Lawler would take twenty-minute segments – often with cringe-inducing moments such as Michael Cole mocking Jerry Lawler’s dead mother. Even matches that did not involve them were focused on the commentary banter between the two. In 2011, Lawler and Cole shared the ring for three matches. In Jerry Lawler’s first ever WrestleMania match (WrestleMania XXVII), which was widely-believed was going to be Jerry’s WrestleMania moment,  Cole defeated Lawler in front of the Special Guest Referee, Stone Cold Steve Austin. The match went nearly fifteen-minutes, far too long for a filler match between two men who did not need to be in the ring.

Then Cole would lose to Jerry in a “Kiss My Foot” match at Over the Limit 2011. Michael Cole would once again defeat Lawler (though by a questionable DQ)on the July 9th, 2012 episode of RAW – meaning this feud had gone on for well over a year. It was unnecessarily long and whereas the Cole heel turn was initially a welcome change of pace for one of the driest, most stale characters in WWE history, it had run its course at this point – two years in. The year-long feud between Lawler and Cole had seen involvement from John Cena, Stone Cold, Jim Ross, Bret Hart, Jack Swagger and Zack Ryder (at the peak of his popularity) and felt as though it was holding young wrestlers (of which there were many, with the introduction of NXT at the start of the 2010s) down. Two months after their final match, disaster would strike – changing the course of Cole’s character.

Jerry Lawler Suffers From a Heart Attack on RAW

September 10th, 2012. During a match between the Prime Time Players (Titus O’Neil and Darren Young) and Team Hell No (Kane and Daniel Bryan), Lawler suffered from a life-threatening heart attack. As the match was taking place, you could hear Jerry commentate normally. About midway through, the sound of what have been described as “snoring” can be heard, whilst Michael Cole tries his best to commentate normally. There is a brief moment during the match where the camera faces the announcers and you can clearly see Lawler is no longer in his seat; Cole is alone and surrounded by figures clearly tending to something. Lawler was carried out on a stretcher and – had he not been dealt with so prompt and effectively – he might have died that night. 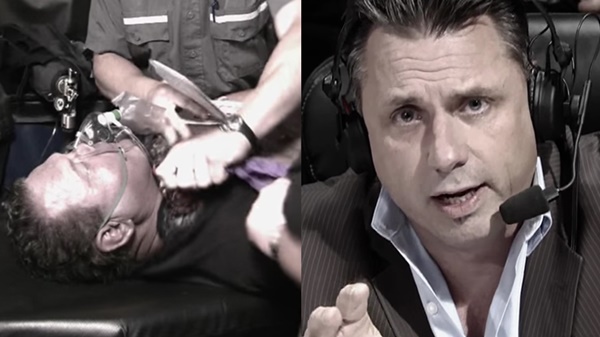 Michael Cole, with visible tears in his eyes, would break the news to the WWE Universe between matches – also providing regular updates on the status of his real-life friend. He received endless amounts of praise for not only how he conducted himself during the show, but for his persistence and willingness to carry on, despite the possibility his friend had just passed away right next to him. Thankfully, this was not the case and Lawler – who may have been helped by a healthy, teetotal lifestyle – recovered enough to return to RAW that November. Of course, because of the way Cole conducted himself that night, it was impossible to keep him as a heel – he was turned babyface by the health-scare of his famous friend and on-air rival. Whereas Cole will likely never be a heel again and despite the often in-your-face-annoyance of the heel character, Cole cannot be at fault for trying his best and his contribution to the character, the WWE and the business as a whole must be commended.