The WWE Raw card for Monday night will feature the return of “The All Mighty” WWE Champion. While there is only one segment officially announced, there is plenty to expect after an eventful week last week including fines, suspensions, and shocking upsets. Here’s the full look at the WWE Raw card. 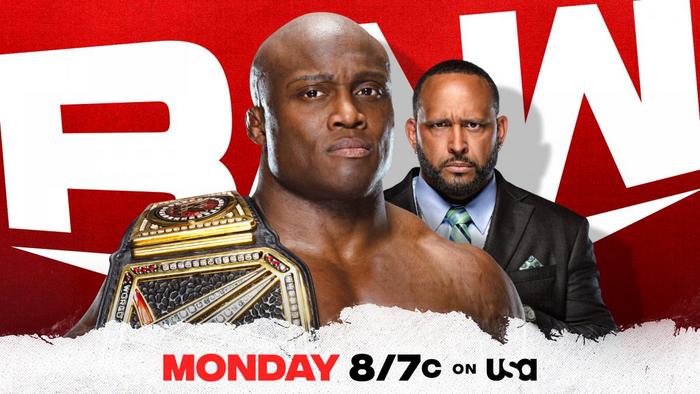 It was odd when Bobby Lashley was nowhere to be seen last week and you could feel it when watching the show. The presence of “The All Mighty” will be welcomed back to the show and he has a goal ahead of WrestleMania Backlash — to address Drew McIntyre. What will Lashley have to say to his challenger? Could we finally learn about the relationship between T-Bar, Mace, and The Hurt Business? Find out on Monday night.

T-Bar and Mace Unmasked, What’s Next? 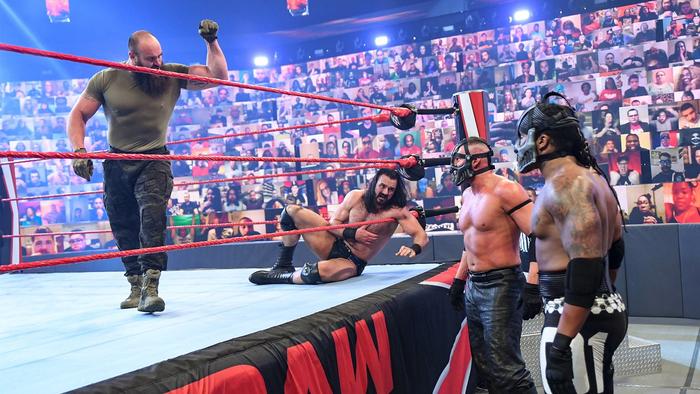 In a stunning moment, T-Bar and Mace were unmasked by Braun Strowman and Drew McIntyre on Raw last week. But they also managed to defeat the two former world champions, which is pretty notable moving forward. For those who don’t know, T-Bar is Dominik Dijakovic while Mace is Dio Maddin. Their faces were exposed and could lead to them becoming a bit more serious moving forward. Time will tell what is next but it should be hopeful that these two rises up the card now. They may be part of the new version of The Hurt Business after all.

Randy Orton Tries To Bounce Back Following Loss To Riddle 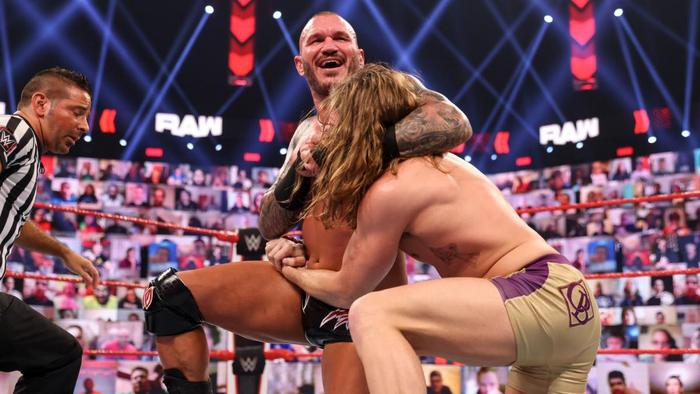 Originally scheduled for Raw last week was Randy Orton facing off with Braun Strowman for the first time. There was a clear change, however, as Orton was annoyed by Riddle, asking Adam Pearce for a match to show the former United States Championship who was the boss around Raw. Well, that didn’t go too well for Orton as Riddle pulled off the upset to shock everyone. This seems to be the beginning of a feud between the two men with an expected bounce back for Orton to come as soon as Monday night. 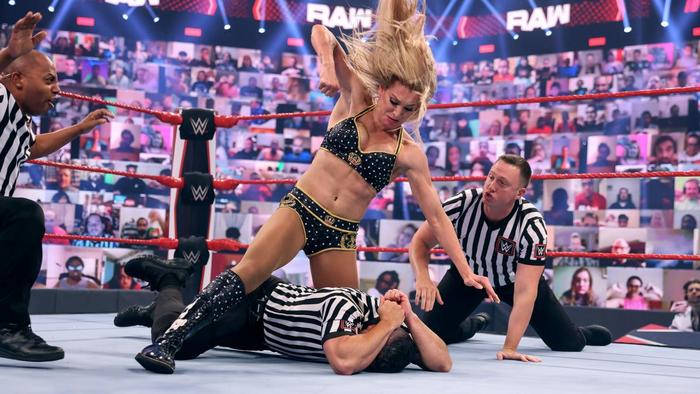 It happened. Charlotte Flair snapped and it resulted in a fine and a suspension. Flair lost a match to Asuka after Rhea Ripley messed with her on the outside, leading to Flair becoming enraged and taking out her anger on the referee. She would beat down the ref as the show went off the air and would lead to her being handed plenty of punishments for her doing. Now, fans have to wonder what is next in this chapter? With her likely to not be around tonight, there’s a chance Ripley and Asuka can finish up their feud with no interference. 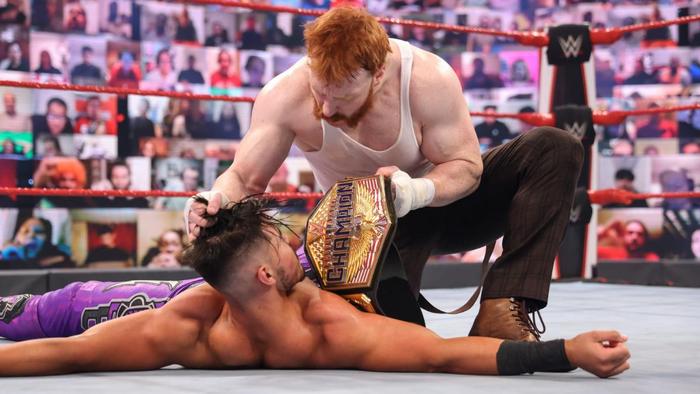 Sheamus is on the run of his career and he now holds championship gold to further that greatness in the eyes of the people. The United States Champion revealed that he would do an Open Challenge, a lot like John Cena once did, but it would not be for the title. Humberto Carrillo answered the call and was beaten and broken by the champion. Sheamus made it his mission to earn the respect of his peers by using Carrillo as an example. The question is who can stop Sheamus now? Or is there anyone willing to take this time out beat down at the hands of “The Celtic Warrior?”

AEW’s Patience Has Made Hikaru Shida vs Britt Baker One of Their Biggest Matches Yet
#AndNEW: Erica Leigh Wins Pro Wrestling Magic Championship