Sheamus has now been a member of the WWE main roster for almost twelve years. Since debuting on the June 30, 2009 episode of ECW on Sci Fi (the affectionately dubbed “fake” ECW), Sheamus has gone on to establish himself as a pivotal member of the roster. Whether as a babyface or as a heel, there is no denying that Sheamus has something special. However, the value of Sheamus has not always received the recognition it deserved. At points throughout the mid-2010s especially, the Northside Dubliner was often dubbed “bland” or “stale” by corners of the WWE Universe tired of his character. It wasn’t until the formation of The Bar (with Cesaro) in September of 2016 that the fans began to take notice of and appreciate the man nicknamed the “Celtic Warrior”. Five tag team titles later (4x RAW Tag Team, 1x SmackDown Tag Team Champions), The Bar broke up in April of 2019 as Cesaro was drafted to RAW, whereas an injured Sheamus – physically exhausted from well over a decade of wear and tear – remained on SmackDown. To many at the time, 2019 was to be Sheamus’ last year as an active competitor on the WWE roster. Yet in 2021, Sheamus is having a resurgence. 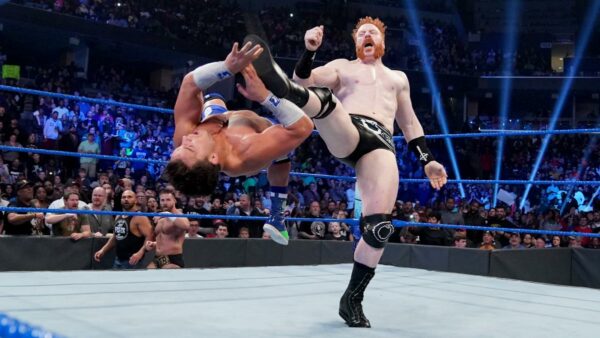 During the pandemic era, there has been a chorus of justified complaints from pro wrestlers that working without a crowd is “odd”. Just look at the recent Broken Skull Sessions interview between Stone Cold Steve Austin and Chris Jericho. Jericho, a thirty-plus-year veteran of the game, mentioned that he could not provide good advice to Orange Cassidy in the ring, simply because Jericho himself does not know how to properly work without a live audience. Despite this, Sheamus – who returned to the ring in January of 2020 – has continued to quietly be one of the most consistent competitors on the rosters and in all of wrestling throughout the “pandemic era”. Whether it be against Keith Lee, AJ Styles, Riddle, or Drew McIntyre, Sheamus has regularly put on a clinic; drawing attention to his trademark, hard-hitting brawler style. He isn’t even winning that many matches, having only won five of twenty-three since returning to RAW last October. However, because of the match quality, the losses haven’t affected him whatsoever. Sheamus has always been an underrated in-ring performer and he continues to showcase this in 2021.

Sheamus Has Always Been an Underrated Promo

Another aspect of Sheamus’ game that has previously drawn criticism is his promo ability. However, this is mainly true of Sheamus’ face persona. As a heel, Sheamus is in his element and since turning heel at the start of the year, Sheamus has been hitting home runs on the microphone. He is talking more aggressively, with variations between tones and pitches at certain moments only making him increasingly sinister. Over the past year or so, he has changed his style; donning a hat and cloak which benefits his newfound edge. In the past, it had felt as though Sheamus was watering down his Irish accent, just as Drew has his Scottish. Now, however, Sheamus is fully embracing it and it somehow adds to the character. Between his size, his look, his in-ring ability, and his continuously improved ability on the stick, Sheamus might just be one of the most well-rounded performers the WWE have ever had and without a crowd, it is somehow becoming more noticeable.

He Continues To Get Better With Age 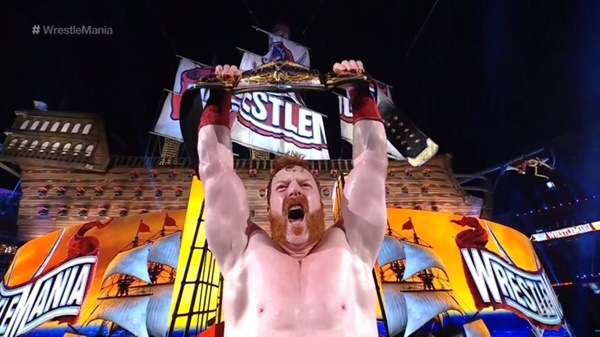 Whereas there is much dispute over the topic, the general consensus is that a professional wrestler typically hits their peak in their mid-30s, with 36 usually being the “tipping point”. Sheamus is forty-three years old. Whereas there are, of course, noticeable exceptions to the rule (Shawn Michaels was forty-four when he retired in 2010), he continues to be a phenomenon. Yes, there are plenty of wrestlers who have wrestled into their forties (AJ Styles turns forty-four this June), but to do so at the level Sheamus is speaks volumes to his commitment to the business, as well as his mindset. Let’s not forget, Sheamus was heavily rumored to be finished in 2019; concussions taking their toll as well as the strongly alluded to spinal stenosis, which has cut short the career of many pro wrestlers. Instead, he has performed a complete 180 and is enjoying one of the best runs of his WWE career – which continued at WrestleMania 37 when Sheamus captured the WWE US Championship for the third time. Add this to his three world championship reigns and his five tag titles, Sheamus is one of the greats and deserves his recently acquired acclaim.