After his victory over @WWERollins at #WrestleMania, @WWECesaro was feeling confident. However, @WWERomanReigns and company didn't feel the need to stick around and hear him out! #SmackDown pic.twitter.com/nWHSx2qOxB

Cesaro was the man to step up to Roman Reigns on Friday night after Reigns had his own little victory lap to kick off SmackDown. He ended up taking on Jey Uso instead of Reigns in the main event and was seconds away from winning before Seth Rollins attacked. It seems there will be another match between Rollins and Cesaro coming, but the WrestleMania Backlash main event very well looks to be “The Tribal Chief” defending against “The King of Swing.” What a match this will be. It would be Cesaro’s first singles world title match in WWE. 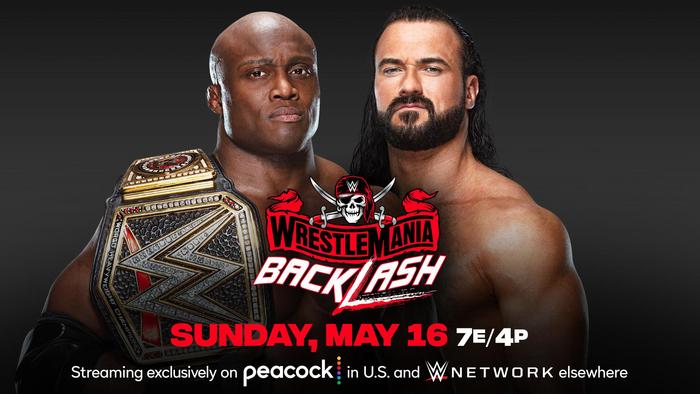 The only confirmed match as of this writing is the WWE Championship match which happens to be a WrestleMania rematch. It will see Bobby Lashley defend his WWE Championship against Drew McIntyre once again after McIntyre became the No. 1 contender on the Raw After Mania. This will be yet another meeting between the two and the few curveballs involved will have to be what the former RETRIBUTION crew have to do with all of this and if there is a stipulation or not for this second meeting. It should be a physical battle once again.

This one seems all but confirmed at this point. On Raw this week, Charlotte Flair returned and ruined Asuka‘s rematch with Rhea Ripley for the Raw Women’s Championship, putting herself right into the women’s title picture once again. The thought of a triple threat should terrify any fan of Ripley, as the chances, she is involved in the finish could be low and it’s instead down to the long-time rivals, Asuka and Flair. 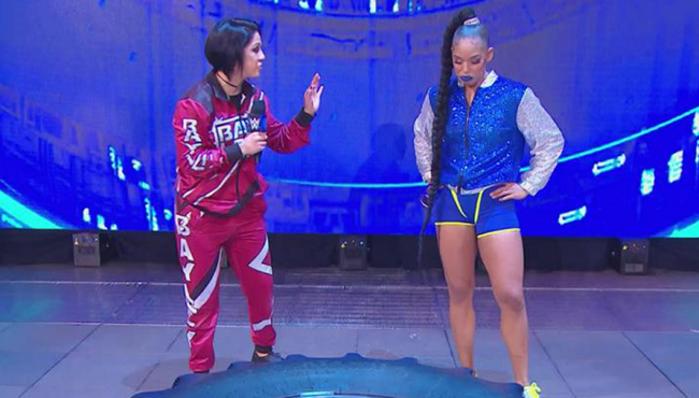 On Friday night, both Sasha Banks and Bayley had their own promos to discuss the win of Bianca Belair at WrestleMania 37. Banks was a loss for words and stormed off before giving much to anyone on how she was feeling while Bayley made it perfectly clear she was ready to win the championship back. It seems there is a real chance at least one of these two women challenge Belair first, but there’s also the chance it could be both. While it’s something to watch, Bayley could be renewing her rivalry while Banks attempts to get her mojo back.

After his #ICTitle victory at #WrestleMania, @WWEApollo tells the entire #SmackDown locker room to beware of Commander Azeez and the Nigerian Nail! pic.twitter.com/JPkwvQrp3b

Apollo Crews and Big E are far from over. Crews mocked the former champion on SmackDown, discussing how he was not able to show up to the blue brand because of the Nigerian Nail that Commander Azeez hit on him at WrestleMania. Big E is going to come back and want his title, the only question is how can he combat both Crews and Azeez all alone?

.@RandyOrton and @BraunStrowman collide for the very first time! 🚂🐍https://t.co/RuR94qZ9CA

An interesting match was made for the upcoming Monday Night Raw as Braun Strowman and Randy Orton will face off in singles action for the first time. Something tells us this could be the beginning of more between the two as they were the ones who walked out with no opportunity for Lashley’s WWE Championship and are likely to blame each other for that. The match is fitting to set up the next contender for the WWE Championship if it does ultimately spill over to WrestleMania Backlash.