WWE’s Women’s division is arguably having its most prominent time ever as we speak. But it was not without its rough patches. The likes of Alundra Blayze, Wendi Richter, Rockin’ Robbin, Bull Nakano, and many other trailblazers would keep the ship afloat and wholeheartedly believe that one day Women’s Wrestling will be on top of the marquee. The Attitude Era was not a particularly good time either and it barely helped the cause. It wasn’t all bad because fans were still witnesses to amazing women such as Ivory, Jacqueline, and the era-defining “9th Wonder of the World,” Chyna. These women kept the ball rolling and the hope alive. They worked their tail off to secure a somewhat bright future for the lowly women’s division.

The Ruthless Aggression era was a mixed bag but it brought glimmers of light to the division. Mickie James and Beth Phoenix, to name a few, fought extremely hard to show everyone they were not only beautiful and pleasing to the eye but they can beat you up till next July. WWE would introduce another title so both brands would have their respective Women’s titles. This brought about the creation of the Divas Championship. LayCool was among the many standouts of this division. Women like Melina, Eve Torres, and Kelly Kelly also did their fair share to make this title feel prestigious.

The women of WWE had windows open and they would make lemonade out of the very few lemons they were given. Until one day, a brand and four women came in and would not only knock on the door and open it. But, they would obliterate it, smash it all down and create a new domain for Women’s Wrestling in WWE. We are talking about the Four Horsewomen. And how their arrival ultimately changed the game for the absolute best. How one match would define the hottest period in the main roster WWE Women’s Division. 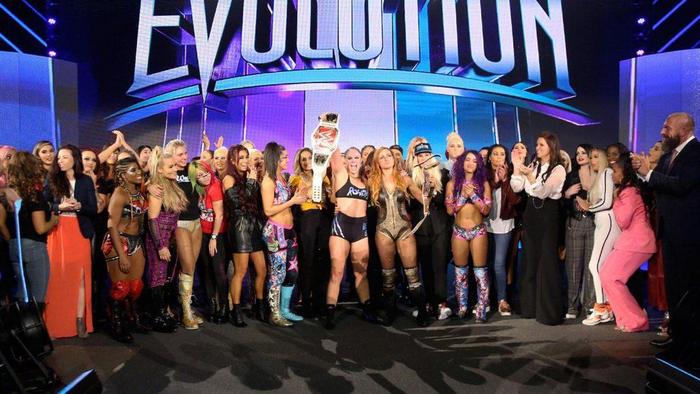 NXT had a lot to do with the rise of women’s wrestling in the WWE landscape. Matches between Paige and Natalya to crown the first-ever NXT Women’s Champion would be one of the catalysts for change. The likes of Emma and Summer Rae, among many others would put on stellar matches in the early days of the Black and Gold brand starting off the division on a high note. These glimmers of hope would incite the #GiveDivasAChance movement going forward, which occurred when women’s matches were getting only a handful of minutes on Monday Night Raw. They carried the torch that was once held by women such as Trish Stratus, Molly Holly, Lita, Jazz, and many others before them. And they held it with such pride giving the hope that one day Women’s Wrestling in WWE would be held to such high regard as the Men’s division.

Also, anyone would be remiss to not mention the contributions of one, AJ Lee. Through a sea of fewer than 10-minute matches, Lee stood firm and made the best out of everything she was given. No matter how little it was. Everything she touched turned into gold. From her scathing promo on the Bella Twins to the prestige she held the Divas Championship, AJ fought tooth and nail just so the floundering Diva’s division would stay above water long enough for it to blossom.

Then came four young women. The Four Horsewomen. Charlotte Flair, Becky Lynch, Sasha Banks, and Bayley. Little did anyone know everything would change significantly. And for the better when these competitors got their hands on the steering wheel. What fans were witnessing was not only game-changing or groundbreaking but historic. Sasha and Bayley would cultivate modern classics such as their match at the first-ever NXT TakeOver: Brooklyn.

They would follow that up with an intense end-to-end affair in the first-ever all-women’s NXT main event in their 30-minute Ironwoman match at NXT TakeOver: Respect. Charlotte dominated the NXT women’s division until she inevitably arrived at the main roster. And Becky Lynch was just starting her path to becoming the face of the company and taking on the legendary “The Man” persona.

Three of the four would all come up to the main roster simultaneously. Joining different factions such as Team PCB and Team B.A.D., Bayley would have to wait a little longer to get her shot but she got there to nobody’s surprise. Charlotte would capture the Diva’s Championship not long after. And on the road to WrestleMania, it was clear that these three women were more than ready for the big time. They’re ready, willing, and able to spearhead this change. And there’s simply no better place than the “Showcase of the Immortals,” WrestleMania 32.

The Grandest Spotlight For Change 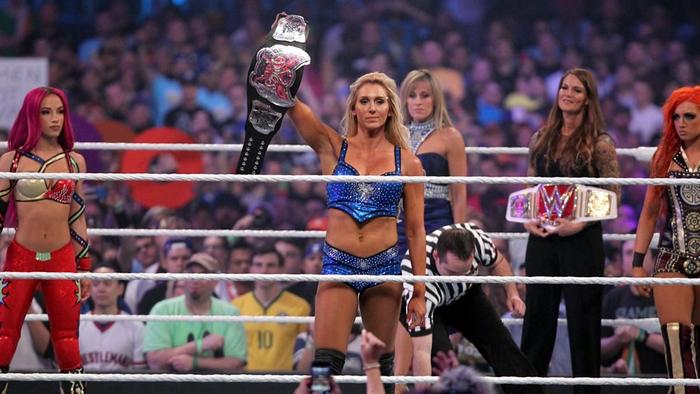 This was a big fight feel from the get-go. Becky Lynch would make her entrance first, pumping the AT&T Stadium with “The Lass Kicker” energy she was famous for. Next came Sasha Banks, wearing the colors of her hero, the late, great Eddie Guerrero. The gear took heavy inspiration from Eddie’s gear when he won the WWE Championship at No Way Out 2004 when he defeated Brock Lesnar. Also accompanied and performed out to the ring by her cousin, hip-hop icon Snoop Dogg. Last and certainly not least, Charlotte would be accompanied to the ring by her legendary father Ric Flair. She was sporting a garb created from pieces of the WrestleMania 24 robe of “The Nature Boy” from his Retirement Match against Shawn Michaels.

In a nutshell, this match was tremendous from bell to bell. These women were out to prove something and they did just that. It felt like these three were not only fighting for the right to be crowned the new WWE Women’s Champion but also it felt like they were fighting their last match. In the back of their collective minds, a whole locker room hinging on every move they make and every breath they take as they make history.

Sasha Banks channeled her inner “Latino Heat” all night. She would pay tribute to her hero by diving through the ropes onto Charlotte and hitting Guerrero’s signature Frog Splash almost securing her the title. Not to be outdone, Becky connected with a Missile Dropkick on both of her opponents and dove to the outside onto Ric Flair. The champion will not be excluded either hitting a mesmerizing moonsault to the outside onto Banks and Lynch.

This match was not only amazing but a highlight reel machine. No woman was letting up in this physically taxing and grueling affair. This high-octane match went for over 20 minutes and fans wished it would just go on forever. Charlotte would be the woman to usher in a new time for the division as she submitted Becky with her patented Figure 8 Leg Lock. A momentous match that sent shockwaves and marked the evolution of a division. Charlotte would hoist up her newly-won WWE Women’s Championship. As fireworks would set off to mark her reign. And signal the dawning of a new era in Women’s Professional Wrestling in WWE. 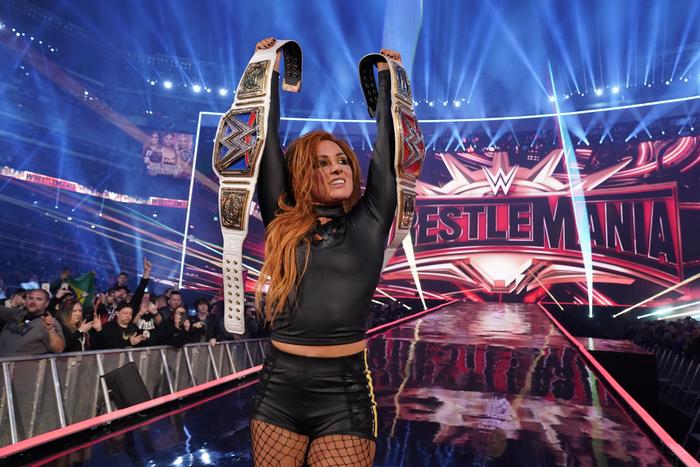 Earlier in the night, Hall of Famer Lita would make the announcement that the Divas Championship will be officially retired. Taking its place was the new WWE Women’s Championship and the winner of the Triple Threat between Charlotte, Banks, and Lynch would be crowned the new champion. And the rest as they say is history. The Women’s Revolution was in full swing. Various historic events would follow shortly after this cataclysmic event. WWE would sanction a women’s exclusive pay-per-view in the form of Evolution.

As well as introducing the WWE Women’s Tag Team Championships. The first-ever champions decided in an Elimination Chamber match nonetheless. Sasha and Charlotte having the first-ever women’s Hell in a Cell match headlining that year’s Hell In A Cell pay-per-view. And the cherry on the proverbial sundae is having Ronda Rousey, Charlotte Flair, and Becky Lynch main event WrestleMania 35. Kicking off “The Man” Becky Lynch’s tremendous stint as the top wrestler in the company. This just goes to show that one match could change everything that came before it. A seismic shift that echoes through to this day. And one event that will ripple for years and years to come.