All wrestlers have to start somewhere on the path to making their dreams a reality, whether it be a wrestling school, church basement, bingo hall, etc. From there, those wrestlers work their way up to the pinnacle of their dreams. For many, that’s a career in WWE or more recently AEW, IMPACT Wrestling or even NJPW. But sometimes the journey is just as important as the destination. In this edition, we take a look at the wrestling career of “The Machine” himself, Brian Cage.

“The Machine” Brian Cage is one of the most physically imposing figures ever to step into a professional wrestling ring. The man is a specimen. His game-changing innovative offense sets him apart from the traditional image of what a big man in wrestling should be able to do. Cage is not only extremely strong but he is agile, not only for his size but in general. Cage could hit an opponent with a power move one moment then hit an aerial maneuver the next. This beast is well over 270 pounds but can perform moves a competitor 70 pounds lighter could do.

Brian Cage is one of the most unpredictable but exciting figures to watch in professional wrestling right now. Every star must begin somewhere. Let’s take a look at how a boy with a dream of becoming a wrestler came to be the imposing monster that he is today. Learn how Cage reached the top of the mountain through hard work, tenacity, and sheer willpower.

Brian Cage: In the Beginning

Growing up in Chico, California, Brian Cage aspired to be a professional wrestler at a very young age. He watched the likes of The Ultimate Warrior, “The Heartbreak Kid,” Shawn Michaels, and of course “The Bad Guy,” Razor Ramon. Young Cage was also quite fond of superheroes. Namely, he’s a big fan of Wolverine from the Marvel comics series “X-Men”. This love for the character would follow Cage throughout his wrestling career. His monstrous frame and physique would often be compared to the character, too. It’s easy to see how he gravitated towards professional wrestling so easily as well. Cage saw these hulking figures as superheroes come to life.

His love for the business would only strengthen through time as he met one of his idols in the late Chris Kanyon. Cage and Kanyon would form a bond over their mutual love for wrestling. Kanyon was one, if not, the biggest advocate of Cage pursuing a career in professional wrestling. Cage would also say that Chris Jericho was one of his biggest influences along with Kanyon in developing his hybrid wrestling style. Along with his friends, Cage would establish his own wrestling federation called Main-Event Wrestling Federation.

In that promotion, Cage would wrestle his mentor and idol Kanyon, even defeating the veteran a handful of times. During this period, Cage was also training under the banner of Pro Championship Wrestling. Kanyon would offer up advice to the youngster that would alter his trajectory forever. He urged the up and comer to move to Atlanta and pursue his WWE dream.

Not long after that, Brian Cage would get signed to a WWE developmental deal under the Florida Championship Wrestling umbrella. In FCW, Cage would learn the tricks of the trade under the watchful eyes of Norman Smiley, Dr. Tom Pritchard, among many others. In his time there, he would win the FCW Florida Tag Team Championship with Justin Gabriel, better known today as “The Darewolf,” PJ Black. Unfortunately, he was not long for the WWE course, being released in September 2009. 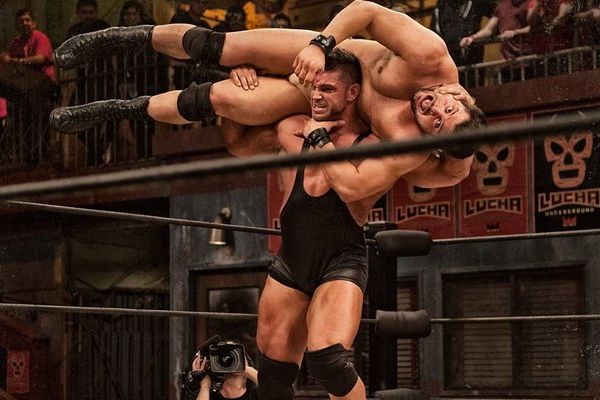 Brian Cage’s exit from WWE’s developmental territory would prove to be a blessing in disguise. Cage would tear it up in the independent circuit almost immediately after. He would win tag team gold in Pro Wrestling Guerilla. He would also compete in Total Nonstop Action Wrestling’s Gut Check competition a full five years before he was officially signed or became world champion of the promotion now known as IMPACT Wrestling. Fun fact: PWG co-owner and current AEW commentator Excalibur coined “The Machine” moniker that is closely associated with Cage to this day.

Cage would shoot up to the stratosphere and the collective consciousness of wrestling fans when he joined the very intriguing, always entertaining Lucha Underground promotion. Night in and night out, for the majority of his stay with the company, he would have amazing matches with the likes of Johnny Mundo, The Mack, Prince Puma, and Matanza Cueto, the latter more famously known as Jeff Cobb.

Here was Cage, a monster of a competitor, doing the same moves as clean and as snug as the luchadors half his size. His in-ring style would endear him to the believers present in the temple. Cage would win the Lucha Underground Gift of the Gods Championship in his stint there. Unfortunately, Lucha Underground’s future was in limbo. Cage, among many other performers, had to find work elsewhere due to the uncertainty of the promotion’s continuation. He would state that in his time with Lucha Underground, for the first time in his career, he felt like a star. The lights were finally on and he had arrived finally at the big dance.

The Path of Cage

Brian Cage would return a half-decade later to IMPACT Wrestling with a clear objective: dominate and win championships. Cage stated that he always had a fascination with the X-Division. He would set his gaze upon the no-limits style of the division and closely pursued its top prize, the X-Division Championship. The inevitable had come true and he would defeat Matt Sydal at Slammiversary XVI to capture the gold. Thus, he ticked another goal off the proverbial bucket list.

He would valiantly and successfully defend the title against the likes of Rich Swann and Fenix, to name a few. “The Machine” would do the unthinkable and cash in “Option C” for IMPACT’s Homecoming pay-per-view in 2019. To do so, he would have to vacate the X-Division Championship for a shot at the IMPACT World Championship. Unfortunately, it was not to be, as he lost the title bout against Johnny Mundo. Cage would not have to wait long for redemption, as he would finally capture the promotion’s top prize against Mundo himself, achieving vindication once and for all. Cage’s arrival to the promotion marked a significant turning point and dawned a new era for IMPACT.

As his IMPACT run was coming to an end, Cage would have a memorable feud with Sami Callihan that fans of both men still remember to this day. After retaining the title at Bound For Glory, he would lose the title to Callihan in a Steel Cage match, ending his tremendous run as IMPACT world champion. 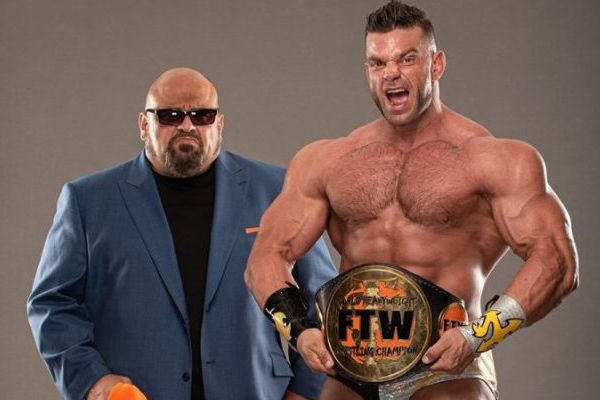 As early as January 2020, there were rumblings and buzz that Brian Cage was #AllElite. The rumors would prove to be true months later. At Double or Nothing, Cage would make his long-awaited debut as the surprise final entrant in the Casino Ladder match. From that point on, Brian Cage has been nothing short of spectacular. He would challenge then-AEW World Champion Jon Moxley at Fight For The Fallen as well as Darby Allin for the TNT Championship later in the year. He and Taz would reform one of the most dangerous groups in wrestling Team Taz. “The Human Suplex Machine” would also bestow the FTW Championship upon Cage; at the time of this writing, Cage is the longest-reigning champion in the title’s lineage.

“Swolverine’s” 2021 has been off to a hot start, even getting tangled up with the legendary Sting. Things are not about to slow down for “The Machine” one bit as he looks to add more gold to his already stunning resume. Brian Cage is ready to terminate anyone and everyone who dare stand in his way. This man is a future world champion in the company; that’s not a prediction, but a promise.

Looking to talk wrestling, pro football, or any number of sports? Head on over to the LWOS Boards to engage in conversation with fellow fans and discuss this AEW Dynamite card.