All wrestlers have to start somewhere on the path to making their dreams a reality, whether it be a wrestling school, church basement, bingo hall, etc. From there, those wrestlers work their way up to the pinnacle of their dreams. For many, that’s a career in WWE or more recently AEW, IMPACT Wrestling or even NJPW. But sometimes the journey is just as important as the destination. It’s time to clap your hands and feel the power, as we take a deep dive into the career of the WWE Intercontinental Champion, Big E.

It’s been said that when one door closes, another one opens. Having been forced to put aside his dreams of becoming a professional football player, the man who would become known as Big E found his way into the world of professional wrestling. Armed with incredible power and explosive offense, he has proven himself as not only a strength-based juggernaut but an equally charismatic one as well. Don’t be sour – take a deep dive into the career of the man who has ensured his opponents feel the power.

Born in Tampa, Florida, Big E grew up the son of a preacher. The dynamic matter in which a preacher speaks would become ingrained, almost as if it catalyzed the charisma he would exude in his professional wrestling career. Like many children, he grew up a wrestling fan. He particularly admired the likes of Ron Simmons, Scott Steiner, and his favorite growing up in Goldberg. Big E would wrestle in high school, though he aspired to become a football player. 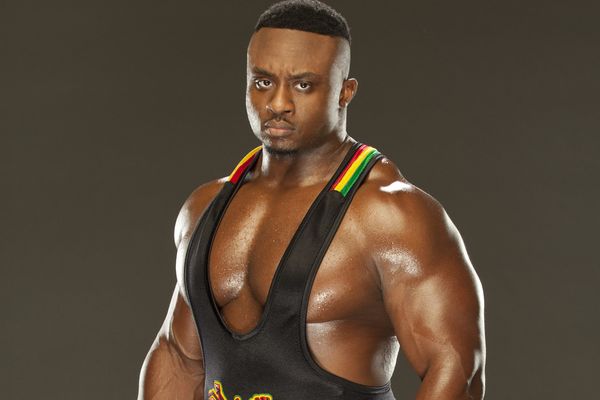 From Football to Professional Wrestling

Big E would enroll in the University of Iowa, playing for the campus football team known as the Iowa Hawkeyes. Keep in mind that, at the time, he didn’t attend junior college; rather, he was a freshman playing for the team. This opened a world of potential for Big E, though multiple injuries, including ACL tears, hindered his ambitions. Following a broken patella, he stepped away from football. From there, Big E shifted his focus to another athletic endeavor: professional wrestling.

Following his departure from football, Big E was put into contact courtesy of Mike Doughty, the Director of Development at the National Wrestling Hall of Fame. Having connected with Jim Ross, Doughty helped put Big E in contact with World Wrestling Entertainment. By 2009, he had signed a developmental contract before being assigned to Florida Championship Wrestling. As Big E Langston, he would develop his powerhouse moveset, even winning the FCW Florida Tag Team Championship on one occasion.

As Langston trained in pro wrestling, he would also become involved in powerlifting. He started lifting at the age of 12, becoming hooked on it. According to him, weightlifting was his “solace,” though it also afforded him success outside of wrestling. Case and point, in 2010, he competed in the USAPL U.S. Open Powerlifting Championships, breaking all raw powerlifting records in Florida in the 275-pound class. Langston portrayed a powerful wrestler and his accolades helped illustrate his legitimacy.

By August of 2012, FCW had dissolved. In its place emerged NXT, which had previously been a showcase for developmental talent, though as more a sports entertainment reality TV show hybrid. Now, NXT would serve as WWE’s main developmental platform. Langston debuted on NXT during that same time, quickly adopting a new gimmick in the form of the “five count.” This was originally used by King Kong Bundy, a longtime heel in wrestling, though Dusty Rhodes gave Langston the idea to utilize it in his own way. Among the Full Sail University crowd, the “five count” caught on, making Langston that much more of a star on the black-and-gold brand.

In early 2013, Langston tasted major success in NXT. He had recently become involved in a feud with The Shield, with member Seth Rollins holding the NXT Championship. This led to a No Disqualification match between Langston and Rollins on NXT programming for the title. Despite interference from fellow Shield members Dean Ambrose and Roman Reigns, as well as involvement from other members of the NXT locker room, Langston emerged victorious. With this win, Langston became the second-ever NXT champion, holding the title for over 150 days on programming. 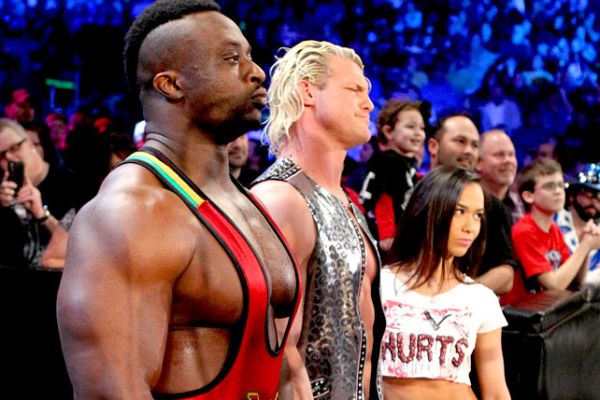 The Move to the Main Roster for Big E Langston

While Langston remained the energetic babyface that encouraged fans to count to five on NXT, his character on the main roster was a stark contrast. Langston made his Monday Night RAW debut on December 17, 2012, attacking John Cena on behalf of Dolph Ziggler and AJ Lee. Langston served as the stoic enforcer for Ziggler and Lee, which puzzled fans of his work in NXT. Nonetheless, this was a prime spot for Langston, as Ziggler and Lee were prominent characters on WWE television at this time.

Langston’s first official main roster match took place at the biggest show of 2013: WrestleMania 29. Alongside Ziggler, Langston lost to WWE Tag Team Champions Kane and Daniel Bryan, collectively known as Team Hell No. In the months that followed, Langston continued to assist Ziggler and Lee, even picking up wins for himself over the likes of Zack Ryder and Daniel Bryan. By July, however, the trio of Langston, Ziggler, and Lee would come to an end. In October, Langston turned babyface, which was bolstered by his on-screen stamp of approval by CM Punk.

The following November, on an episode of RAW, Langston defeated Curtis Axel to win the Intercontinental Championship, his first major singles title on the main roster. From there, Langston defended the title against the likes of Axel, Ziggler, and Jack Swagger. It was also during this time that he would have his on-screen surname dropped, becoming simply Big E. His Intercontinental Title run came to an end, at 167 days, at Extreme Rules in May of 2014. It was here where he lost the title to Bad News Barrett. In the months that followed, Big E seemed directionless. This changed, though, as 2014 was coming to a close.

The Formation of The New Day

WWE began to air vignettes for Big E, Xavier Woods, and Kofi Kingston, portraying them as gospel personalities. Together, they became known as The New Day. In November of 2014, they made their debut as a trio of energetic babyfaces, even picking up victories over multiple teams. However, fan reception was less than positive for the group that preached positivity. “New Day Sucks” chants became commonplace across multiple arenas. Needless to say, something had to change, lest this trio end before it could truly take off.

In early April of 2015, The New Day flipped the switch and became a heel trio. This started to pay off relatively quickly; later that month, at Extreme Rules, The New Day defeated Cesaro and Tyson Kidd for their first of 11 Tag Team Championship victories in WWE. From there, The New Day became an essential component of WWE’s tag team scene, working with duos ranging from The Lucha Dragons to The Dudley Boyz, showcasing their in-ring ability and undeniable charisma along the way. In fact, they became so popular that the same fans that denounced the group grew to love Big E, Woods, and Kingston. The New Day became a merchandising machine, too. They sold t-shirts, socks, unicorn headbands, and breakfast cereal, exemplifying their influence as a trio. “Lightning in a bottle” is a term coined for cases such as The New Day. 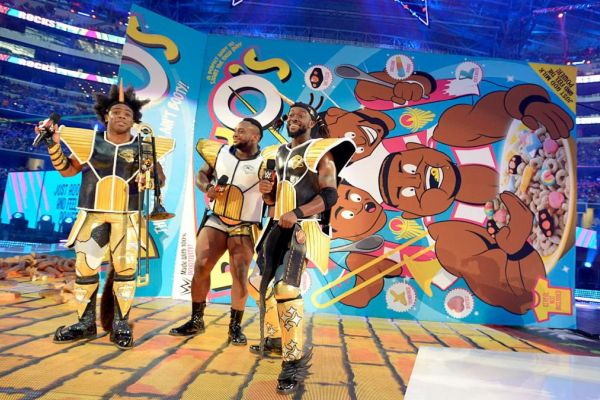 In early 2016, The New Day officially turned face, turning their sights on nefarious groups such as The League of Nations. Additionally, in 2016, they would become the longest-reigning WWE Tag Team Champions, surpassing 331 days. Though The New Day would go on to face other teams, including The Good Brothers and The Bar, it was their feud with The Usos that became their most well-known. With The New Day as a beloved, colorful faction and The Usos as a rough-and-tough pair of brothers, their personalities and dynamic made for memorable encounters, especially in 2017. The opening match at that year’s Hell in a Cell event is considered, by many fans, to be the best match of the saga of The New Day and The Usos.

Though The New Day remained united throughout 2018, they weren’t beyond helping one another achieve singles success. This became especially evident during 2019, when Kofi Kingston was vying for a WWE Championship match. Kingston struggled to do so as the likes of reigning champion Daniel Bryan and Vince McMahon stood in his path. However, Big E and Woods supported Kingston, even competing in a grueling gauntlet match to ensure their friend had his shot at WrestleMania 35. The New Day was at ringside during that show, supporting and eventually celebrating alongside the new WWE Champion in Kingston. Consider that Big E and Woods would eventually win the SmackDown Tag Team Championship later in the year and, for a period, The New Day was draped in gold. 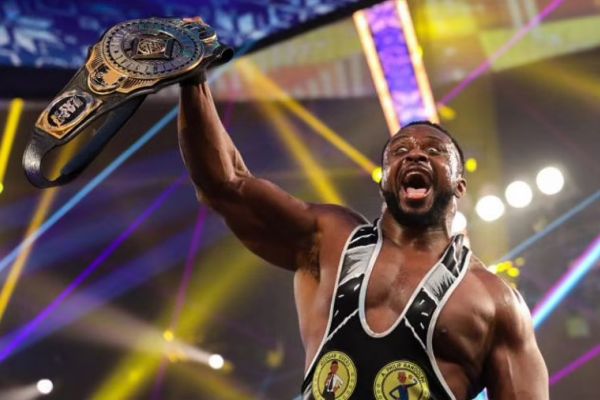 Much like Kingston before him, Big E would find himself working solo with the support of his friends. In July 2020, Kingston was put on the shelf for six weeks due to injury. Consider that, the previous October, Woods suffered a legitimate Achilles injury, which kept him out of action for an extended period as well. Kingston gave Big E his, as well as Wood’s, blessing to go alone. From there, Big E worked solo. This would be furthered following the 2020 WWE Draft, which saw Kingston and Woods drafted to RAW while Big E remained on SmackDown.

With a new theme and slightly different presentation, though no less colorful and vibrant, Big E became a prominent singles star on SmackDown. Following a hard-hitting feud with Sheamus, which saw Big E come out on top, the “Powerhouse of Positivity” set his sights on singles gold. To be more specific, he zeroed in on the Intercontinental Championship, held by Sami Zayn. Fittingly enough, on the Christmas Day episode of SmackDown, Big E defeated the villainous Zayn to become a two-time Intercontinental Champion. This time around, however, Big E was more seasoned and confident, able to hold the title with pride.

To say that Big E’s career has seen multiple peaks and valleys would be an understatement. He entered the world of professional wrestling after putting his football ambitions in the rearview. From there, he earned accolades in tag team and, most recently, singles competition. As of this writing, Big E is set to defend the Intercontinental Championship against Apollo Crews at WrestleMania 37. Regardless of the outcome, expect the “Powerhouse of Positivity’s” star to shine bright as he becomes one of the future top stars in the company.