In early 2020, the world at large was rocked by the COVID-19 pandemic. Many industries were heavily impacted by the virus, professional wrestling among them. Large companies, WWE and AEW included, were able to persevere. Meanwhile, smaller organizations were forced to halt events or shut down entirely. Simply put, the wrestling world needed to adapt to the new normal. As for Gatoh Move Pro Wrestling, the small Japanese promotion headed by Emi Sakura, the pandemic led to one of the most inventive initiatives in wrestling during the digital age: ChocoPro. 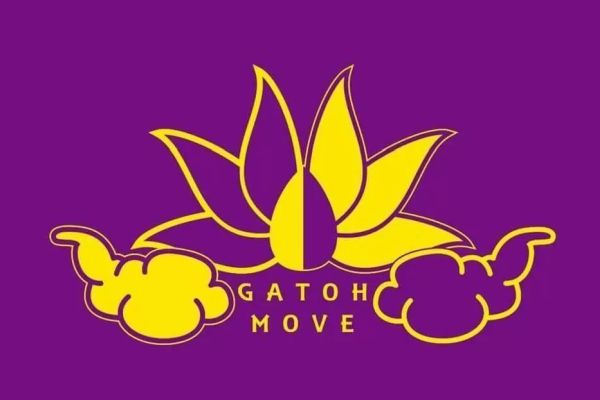 The Charm of Gatoh Move

Prior to the pandemic, Gatoh Move had developed a solid fan following. These were men and women that saw the unique product Sakura and crew were putting out compared to the rest. For most events, a brown mat took the place of a wrestling ring. The vast majority of shows were held in the intimate venue of Ichigaya Chocolate Square, which made squeezing one-hundred people in the venue a task, to say the least. Despite this, its charm couldn’t be denied.

Eric Howard, the host of the podcast known as The Joshi Pod, detailed what made Gatoh Move stand out to him. “Gatoh Move invited everybody who attended shows at Ichigaya Chocolate Square into their world,” said Howard. “Didn’t matter if you were Japanese or a foreigner. They wanted you to be part of it. You experience it once and you are in.” On multiple occasions, Howard credited Gatoh Move for the creation of The Joshi Pod. His desire was to tell the world about the little promotion that could.

Due to the aforementioned lack of ring in Ichigaya Chocolate Square, wrestling matches were that much more unique. Case and point, if a wrestler were to perform a high-flying maneuver, they couldn’t rely on a traditional ring post. Instead, they would open one of the windows of the venue, standing atop the windowsill before diving. This is just one of the ways that Ichigaya, and Gatoh Move by extension, put on unique yet exciting matches. 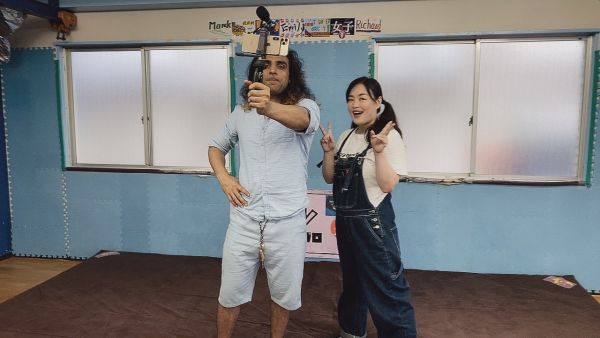 The Wrestling World Following the Pandemic

Fast forward to early 2020, following COVID-19’s pandemic designation, and it was clear that wrestling organizations were in jeopardy. As alluded to earlier, smaller organizations were at considerably higher risk. As for Gatoh Move, several events that were planned had to be postponed. Sakura and crew had other plans, however. With the power of YouTube, live streaming, and the internet itself, a new initiative from the purple-and-yellow promotion took shape.

On March 28, 2020, Gatoh Move held its first-ever episode of ChocoPro. Among the action on the episode in question was a chaotic battle between Baliyan Akki and the legendary Minoru Suzuki. To say that Suzuki’s sense of danger and viciousness clashed with the lighthearted Gatoh Move would be an understatement. Nonetheless, it made for an exciting match-up, creating the template that ChocoPro episodes would follow and refine.

The Development of ChocoPro

As ChocoPro, as a series, continued, it developed a specific format. A typical episode would begin with a preview, done by Akki, Sakura, or another Gatoh Move representative. They would provide a rundown of the action to come. From there, they directed their attention to sponsors and contributors, shouting them out. Following a musical squat session by the talent, the matches would take place. Once the action concluded, the talent would sing and dance once more, this time to the ending tune entitled, “Ichiban Sukina Hito no Namae wo Sakebou.”

Twitter user Dogglesnake, avid Gatoh Move fan and supporter, offered his thoughts on the debut episode of ChocoPro and how it developed. “I use this one as a hallmark of what makes ChocoPro great,” he said. “The energy, the cast (including the now-retired Mitsuru), the general feel.” He spoke positively about how Emi Sakura’s vision, via ChocoPro, came to life., “Her vision is clear from the get-go, and how it unfolded from this starting point has been very fulfilling to watch.”

The action on ChocoPro must be seen to be believed. Despite the absence of a traditional wrestling ring, shows are fast-moving and energetic. However, what makes this show truly special is its unique storytelling. Gatoh Move has never been a gritty company; nonetheless, it has been able to tell gripping stories from episode to episode. For proof of this, look no further than the lovable, earnest Pencil Army commanding officer herself, Lulu Pencil.

Case and point, revisit episode 44, this past September. On this episode, Lulu Pencil battled Chris Brookes, who was the DDT Universal Champion at the time. In this match, Brookes soundly defeated her, stealing her trademark pink baseball hat in the process. The feud that developed presented Brookes as a reprehensible bully and Lulu Pencil as a never-say-die underdog. This led to a big “I Quit” main event on episode 63, the following November – alongside fellow Pencil Army member Emi Sakura, Lulu Pencil battled the team of Brookes and Yuna Mizumori.

The story told, in this match, was that Brookes sought to make Lulu Pencil verbally surrender. Despite her lack of physical strength and brawn, Lulu Pencil was all heart, always moving forward no matter how often she fell. This match was no different, as she refused to quit, even with Brookes trapping her in grueling submissions. Finally, as the lovable freelance writer was trapped in a hold she couldn’t be freed from, Sakura had to verbally quit for her partner. In other words, Lulu Pencil never quit. This elicited a show of respect from Brookes, who returned the hat he stole several episodes prior.

The Colorful Cast of Characters

When it comes to other characters that have benefited the most from ChocoPro, perhaps none are as prominent as Yuna Mizumori. Alex Richards, Last Word on Pro Wrestling Co-Manager, offered his thoughts on the ‘Pineapple Girl’ of Gatoh Move. “The episodic style of storytelling has allowed her to have a number of high profile big matches in a variety of different roles like the hell-raising heelish persona that went to war with Emi Sakura in a Last Man Standing match,” said Richards, also citing her competitive encounters against Ryo Mizunami and VENY, just to name a few stars.

ChocoPro isn’t solely a platform for Gatoh Move regulars, however. Over the course of the show’s young history, stars from outside of the organization, up-and-comers and legends alike, have competed under the ChocoPro banner. As stated earlier, Minoru Suzuki was in the main event of the first episode. What this did, in this writer’s opinion, was illustrate that there were no restrictions. In other words, anyone looking to test their mettle in Ichigaya Chocolate Square were welcome.

Anyone is Welcome to ChocoPro

Consider the following names: former ECW World Heavyweight Champion Masato Tanaka, DDT regulars, Antonio Honda and Chris Brookes, Japanese independent wrestling sensation VENY, and recently, 35-year-plus veteran Aja Kong. These are just a few stars from outside of Gatoh Move that, to varying degrees, appeared on ChocoPro. Furthermore, they brought their unique styles to the show, ensuring that no episode of the show would be dull. This approach would also drum up interest, growing Gatoh Move’s online audience in the process.

These aren’t the only examples of outsiders enhancing the ChocoPro product. Dylan Murray, LWOS Pro Wrestling and Deadlock contributor, showered immense praise on Ryo Mizunami. “The charismatic powerhouse was always down to embrace the wackiness that ChocoPro is known for,” said Murray, citing Mizunami’s oftentimes comedic battles against Mei Suruga and Lulu Pencil in Ichigaya. “Aniki also gave Chocopro some incredibly hard-hitting performances that to this day are some of the best matches in the show’s history.”

Speaking of outside competitors, Scott Edwards, LWOPW Editor and Contributor, spoke highly of VENY. The recent AEW Women’s World Championship Eliminator Tournament provided VENY with considerable buzz. However, Edwards also drew attention to Baliyan Akki as a Gatoh Move star that may receive AEW spotlight in the future. “This man is a master at the ChocoPro style and does some things in that unique setting that would dazzle in a regular ring as well,” said Edwards, who also expressed fondness of the idea of Akki facing AEW talents such as Rey Fenix. 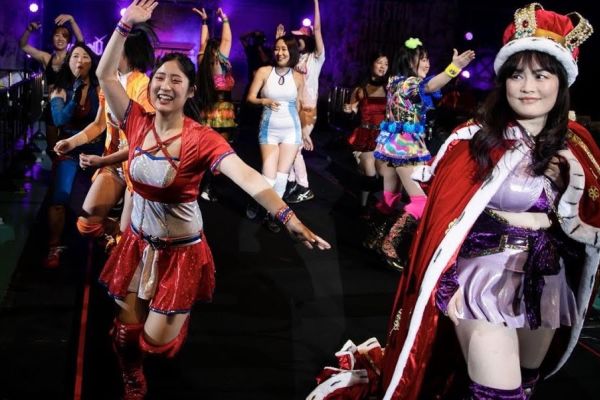 From its inception last year, ChocoPro has become an online sensation with a devoted audience. Furthermore, Gatoh Move has provided this show for free, making it one of the most accessible options for wrestling fans vying for other options. It’s easy to see why ChocoPro may not be for everyone, from its more lighthearted presentation to the subversion of expectations wrestling fans may have. Professional wrestling has taken on multiple forms and not everything will appeal to viewers.

Regardless, it’s recommended that newcomers give ChocoPro a shot. It has made the most of an unfortunate situation with COVID-19. Gatoh Move implemented a new strategy to bring content to longtime fans and newcomers alike. What does the future of the show look like once the pandemic has become history? It’s difficult to say, but given how popular ChocoPro has become, not to mention how integral it has been to Gatoh Move’s brand, it’s fair to say that it will thrive and, more importantly, entertain for some time to come.