In early April, All Japan Pro Wrestling kicks off its annual Champion Carnival tournament. This is the biggest tournament on their calendar each year and is used to crown a challenger for the Triple Crown Championship which is currently held by Suwama. With Suwama’s current reign as Triple Crown champion currently going over a year, the Champion Carnival 2021 is going to be very important as the winner will likely dethrone the champion. Unlike past years, this year’s Champion Carnival will only have one block instead of the traditional two-block league. Let’s get into this preview of the tournament to not only get you up to speed with AJPW but, to also try and predict a winner.

The current Triple Crown Champion has been a dominant force in AJPW for years now. Suwama is a seven-time Triple Crown Champion and a five-time AJPW World Tag Team Champion. Four reigns came with Shuji Ishikawa in the dominant Violent Giants team. Suwama’s current reign as Triple Crown Champion has gone for 368 days as of this writing, and it would seem that this reign is coming to an end as he’s running out of challengers. Despite his long-time dominance, Suwama has only won the Champion Carnival once, back in 2008, in his fifteen times participating in the tournament. 2021 should be more of the same as Suwama is unlikely to win the Champion Carnival 2021. 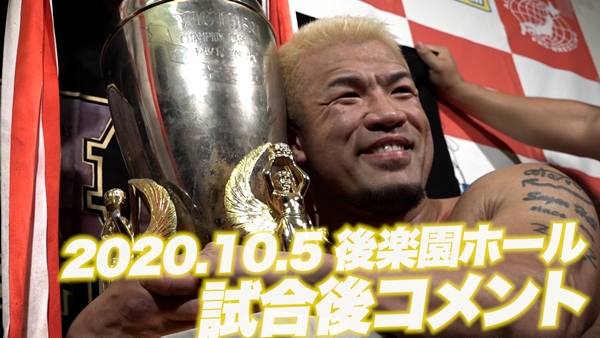 Last year’s winner and former Triple Crown Champion Zeus heads into this tournament as one-half of the All-Asia Tag Team Champions. With Zeus winning the 2020 incarnation of the tournament, it is unlikely we see him repeat that feat as he already lost to Suwama just a few months ago following his tournament win. What is likely is that Zeus will beat the eventual winner and line himself up as a potential challenger for the championship down the line.

The ace of All Japan Pro Wrestling, Kento Miyahara is always in contention to win tournaments. Miyahara won the 2019 incarnation of the Champion Carnival while in the midst of a 519-day reign as Triple Crown champion. Since losing the title, Miyahara has taken a step back from the title picture and currently holds the tag titles alongside Yuma Aoyagi. While we don’t see Miyahara winning the tournament, you can never rule him out of winning and regaining his championship from the man that took it from him.

Similar to his former tag team partner Suwama, Shuji Ishikawa has been a consistent force at the top of the AJPW card for some time now. While most of his success has come in the tag division, he is a former Triple Crown champion and the current GAORA TV Champion as well. Ishikawa won the Champion Carnival in 2017, his only CC win to date, but he has also won similar tournaments outside of AJPW as he is a former Ikkitousen Strong Climb winner in Big Japan Wrestling and a King Of DDT winner. Despite that tournament experience, it seems like Ishikawa’s best days (kayfabe wise) are behind him and it’s unlikely we see him win the Champion Carnival again.

Our favorite to win the tournament is the newly crowned leader of the Total Eclipse faction, Jake Lee. Lee goes into this off the back of a hot heel turn that has seen him assume leadership of the former Enfants Terribles after usurping Shotaro Ashino as the leader. Lee has been seen as a potential top star for AJPW for some time now but a Triple Crown or even Champion Carnival win has so far eluded him. The time is now for Jake Lee to win the tournament and go on to take his spot as Triple Crown champion.

At 25 years old, Yuma Aoyagi is a name that represents the future of AJPW. Most of his success has come in tag team action as he has won the 2020 Real World Tag League, currently holds the AJPW World tag titles, and is a former two-time All-Asia tag champion. Aoyagi isn’t likely to win this tournament but it’s always interesting to see how he progresses in just his third entry into the Champion Carnival tournament.

The former WRESTLE-1 Champion burst into AJPW last year following WRESTLE-1 going on a hiatus. Ashino’s momentum came to a screeching halt when he failed to dethrone Suwama last year for the Triple Crown Championship. He then went on to only gain four points in the 2020 CC, and after another loss to Suwama in early 2021, Ashino’s momentum seemed fairly dead in the water. Being kicked out of Enfants Terribles has provided him with a babyface turn and a renewed aggression going into this tournament. While he may not win the Champion Carnival 2021, he needs to have a great showing if he wants to remain in the main event picture. Since his departure from Enfants, Ashino has sided with Suwama. The match between the two could serve a lot of purpose in telling us Ashino’s spot on the card.

Koji Doi has yet to find much success in AJPW. The Total Eclipse member has had his main success in WRESTLE-1’s tag team division where he was a five-time tag team champion. Doi won the 2017 and 2018 W1 Tag Leagues so he has experience winning round-robin style tournaments but he has yet to make things work on his own. 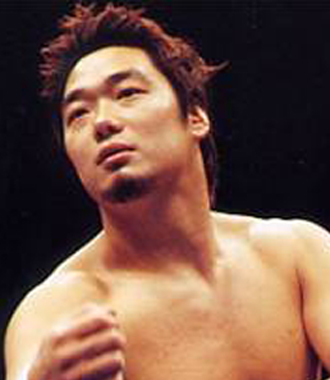 Veteran free-agent Kohei Sato is taking part in his first-ever Champion Carnival tournament following a loss to Suwama in a Triple Crown Championship match. Sato’s success has come mostly from ZERO1 where he is a six-time world champion and the 2015 winner of the Fire Festival (ZERO1’s Champion Carnival-style tournament). He has also won the BJW Tag Team Championships three times and held the NWA International tag titles seven times. Sato is a heavily decorated veteran who should shake things up in the Champion Carnival 2021.

Shinjiro Otani returns to AJPW for the first time since 2011 to compete in his first-ever Champion Carnival tournament. Otani debuted all the way back in 1992 for New Japan Pro Wrestling as a Junior Heavyweight. During his time there, he won the J-Crown and IWGP Junior Heavyweight Championships, and even competed in the very first Best of The Super Juniors tournament. His success continued in ZERO1 when he won the tag team, junior heavyweight, and world championships. Otani is another name that should shake things up in the Champion Carnival 2021 as he has tons of experience and brings a slightly different style to AJPW.

Jake Lee seems to be the overwhelming favorite to get his big win coming off of his heel turn. Now should be the time for the company to pull the trigger on Jake Lee and potentially create a new star to tangle with the Suwamas and Miyaharas of the world.  As always though, Kento Miyahara can’t be ruled out as a potential winner but this year’s tournament seems primed for a Jake Lee victory.