Another week, another edition of WWE‘s Friday Night SmackDown. This week promises to be an interesting episode of the blue brand grappling extraordinaire and features a certain superstar’s first match on the brand in a decade.  No, it is not Vladimir Kozlov. With WWE Fastlane just two days away, this is SmackDown’s final opportunity to set the scene for the pay-per-view. What does tonight have in-store? Let’s take a look!

Big E Meets With Apollo Crews For An “Exclusive” Interview 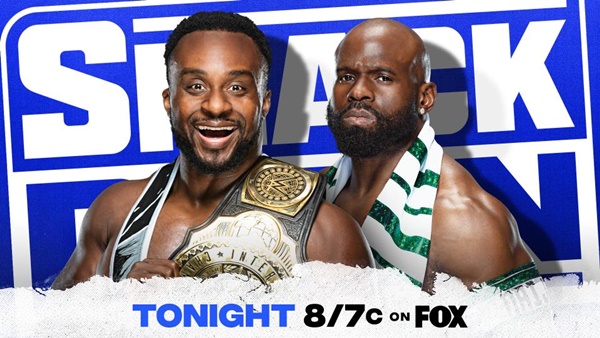 First up, we have a sit-down, face-to-face interview featuring Apollo Crews and Big E. Both men have become embroiled in a feud over the WWE Intercontinental Championship in recent months and it now appears as though this feud could potentially be the title feud at WrestleMania. Big E has been on a roll since The New Day‘s unofficial disbandment last year and finds himself enjoying the best solo run of his career so far. This was always an opportunity for E to cement his place as a top guy on SmackDown. Apollo Crews is also enjoying the most prominent run of his WWE career so far. Now running as the “Nigerian Prince,” he is showing a meaner side of himself and acts as an interesting antagonist to Big E. Tonight’s interview will set the scene for Fastlane, where they are to face off and potentially end the feud for good. Otherwise, buckle in for a WrestleMania rematch. 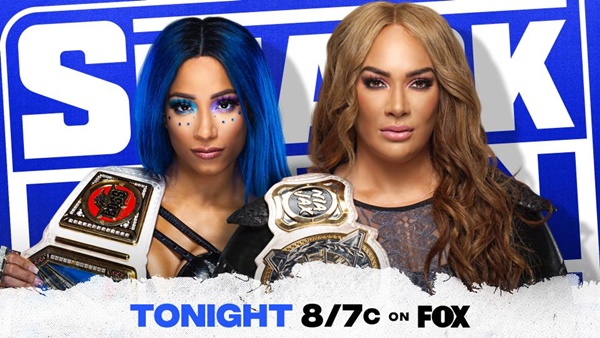 With Shayna Baszler having been defeated by Women’s Royal Rumble winner, Bianca Belair, just two weeks ago, it is now Sasha Banks‘ turn to defeat one-half of the WWE Women’s Tag Team Champions. Why? Who knows. It has become a disappointment that with all the potential there is in the Banks/Belair feud and WrestleMania match, the WWE has been focusing on Nia Jax and Reginald‘s sudden and bizarre on-screen romance. There is still plenty of time to make this feud feel as big and as great as it should and hopefully they do that. Tonight is a good place to start, though don’t expect it until after Fastlane. Expect some Reginald and Jax shenanigans. 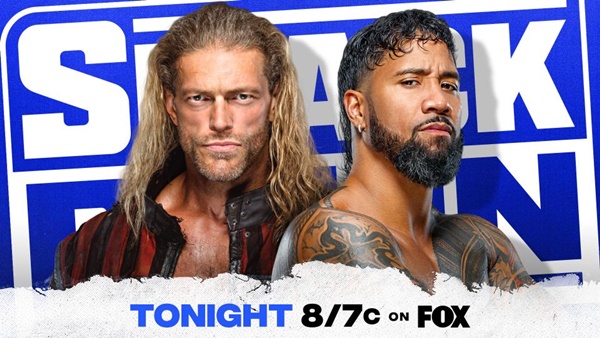 Told you it wasn’t Vladimir Kozlov. Yes, Edge is scheduled to face “Main Event” Jey Uso in what is being billed as his first SmackDown bout in a decade. His last official SmackDown match came on March 22, 2011, and was a squash victory over Drew McIntyre. The winner of tonight’s contest gets to become the “Special Enforcer” of the WWE Universal Championship match at WWE Fastlane, which sees Daniel Bryan facing champion Roman Reigns. Of course, Jey Uso wants to win so that he can ensure Reigns wins the title match at Fastlane.  Edge hopes to win to ensure fairness and order is maintained – though he is the “Ultimate Opportunist” for a reason.  Regardless, tonight’s match is a fresh one and should make for an interesting main event. Tune into Friday Night SmackDown on FOX at 8/7c to catch it!

Not Announced But Expected for Friday Night SmackDown

– Seth Rollins attacked Cesaro in his match with Murphy last week. The “Swiss Cyborg” will be looking to even the score.

– Kevin Owens and Sami Zayn are teasing the return of their friendship.  Expect more of that.