This week’s WWE NXT card is TakeOver worthy as the two top titles of the brand will be on the line while William Regal also promises to make two major announcements regarding NXT and its future. Here’s a look at what is on tap for the WWE NXT card. 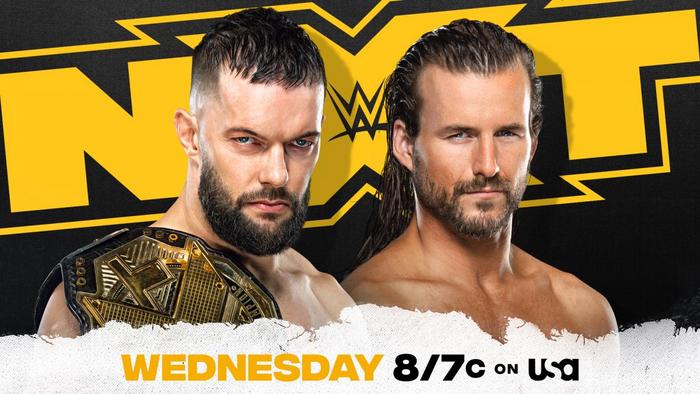 There may not be a bigger match in NXT than this one. While we have seen it before in NXT, the stakes have been raised considering how we got here. Adam Cole has turned on his Undisputed Era brothers to pursue the championship he held for record days. A serious move to make as they ran NXT for years. And for Finn Balor, the only way he knew he could get his hands on Cole without him running was to put the NXT Championship on the line. So we have this major main event with Cole having his very first match since making this turn and Balor defending once again. When it comes to picking a winner, it feels like a real toss-up. They are the two greatest NXT Champions in history meaning it should come down to who slips up. This will, however, be the first time ever in NXT that Cole doesn’t have the Era watching his back. 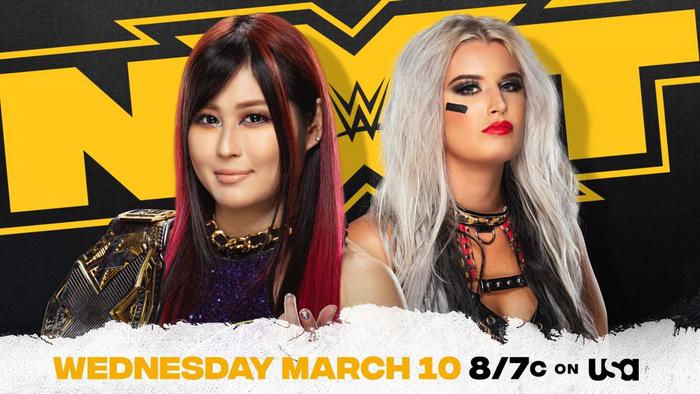 Io Shirai has been one of the most dominant champions in NXT history, defeating every challenger who has come in her way. Impressive considering many consider this women’s division the best NXT has ever seen. But she has a major hurdle in front of her in the form of Toni Storm, one of the very few women to get a win over Shirai since “The Joshi Judas” came to NXT. She defeated her in the finals of the second Mae Young Classic, and Shirai has not been able to get that win back since then. Well, with the title on the line there is no better time for “The Genius of the Sky” to shine bright by defending her title and finally putting Storm to rest. Of course, it could finally be “Toni time” in NXT and a new age for the title could be coming. 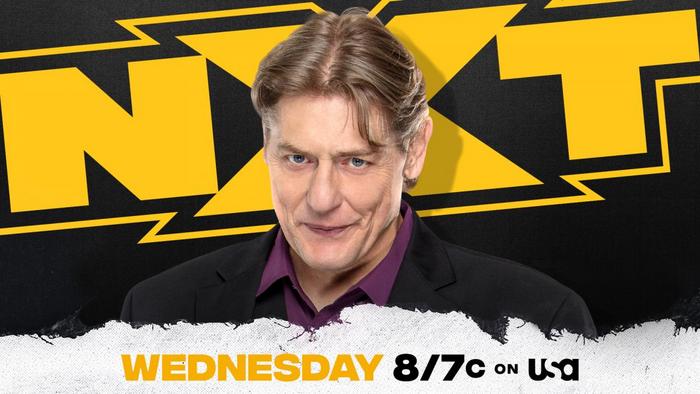 William Regal promised last week that he would make an announcement that would change NXT forever. Well, it was revealed on Monday Night Raw that the one announcement became two. Rumors have been swirling as to what it could be. Considering the call for a major announcement came after Adam Pearce helped Shayna Baszler and Nia Jax successfully defended their WWE Women’s Tag Team Championships against Dakota Kai and Raquel Gonzalez, it very well could be something to do with that. Time will tell, but the NXT faithful should be excited. 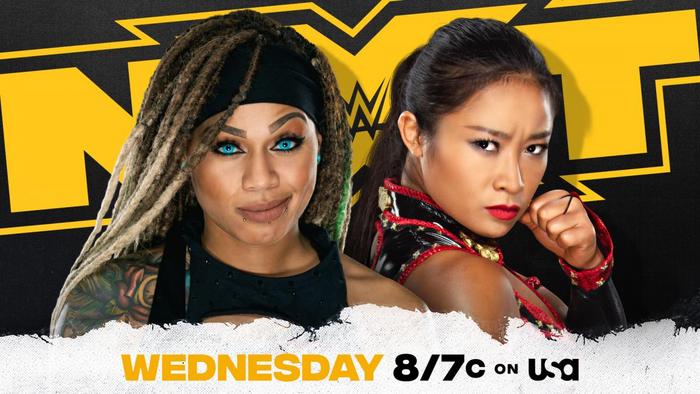 Xia Li destroyed the leg of Kacy Catanzaro two weeks ago, so it only seems right her tag team partner Kayden Carter tries to avenge her. Since Li came back with Tian Sha, she has not only been unbeatable but nearly untouchable. That makes us think Carter will have a tough go even if she wants to stand up for her injured friend.