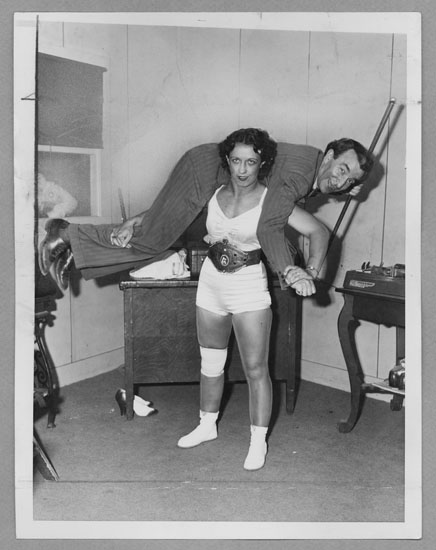 Wrestling as we know it would not be the same without Mildred Burke.  Burke was a major star in the US who defeated both men and women to become a headline star.  Unfortunately, politics would get in the way of her career as her ex-husband Billy Wolfe managed to get her blackballed from most US promotions.  To revitalize her career Burke went to Japan and had a huge hand in laying the foundations of Joshi wrestling, she was also a huge star in Japan as she headlined shows that drew five-figure attendances.  Burke has also been credited with headlining some of the first Mexican women’s wrestling shows as well as being a star in Japan and the USA.

Mildred Burke was the original WWWA World Champion and held the title for over 7000 days.  The WWWA title would go on to be the top championship in All Japan Women’s Pro Wrestling and was held by names like Manami Toyota and Aja Kong.

Moving to Mexico we take a look at Irma Gonzalez.  Gonzalez was part of the first wave of Mexican women’s wrestlers.  These girls trained alongside some of the biggest legends in Lucha Libre history and were highly skilled wrestlers.  Irma Gonzalez was close friends with El Santo, arguably the biggest star in Mexican wrestling history, and came up with the gimmick of being El Santo’s bride.  The gimmick was successful and Gonzalez was doing well until women’s wrestling was banned from Mexico City meaning women couldn’t work on the biggest shows for major promotions.

Irma Gonzalez would end up touring Japan frequently when women’s wrestling was banned in Mexico which had an important impact on AJW.  While Mildred Burke introduced her style to Japanese wrestlers like Irma Gonzalez helped to influence a generation of Japanese women’s wrestlers to incorporate some elements of Lucha Libre to the style.

In the 80s Gonzalez was once again able to become a player in Mexico with UWA who ran big venues outside of Mexico City.  Gonzalez and her daughter Irma Aguilar became a popular team that were allegedly the inaugural Mexican National Women’s Tag Team Champions in 1990.

Jaguar Yokota was considered one of the best wrestlers in the world at her peak in the mid-80s.  She blended together the Joshi style with the influence of Irma Gonzalez and other luchadors to create a very athletic, high-paced style that she could pull off flawlessly. Yokota was involved in the first-ever women’s match to receive a 5-star rating from Dave Meltzer.  Yokota’s influence continued when she became the trainer for AJW, in this time she trained some of the most talented classes of trainees ever including Manami Toyota, Aja Kong, and Kyoko Inoue.

Jaguar Yokota still wrestles to this day with World Woman’s Pro-Wrestling Diana but her influence on Joshi wrestling in the 80s is immeasurable.  Not only was she a trendsetter in the ring but she trained some of the biggest legends in the history of women’s wrestling. 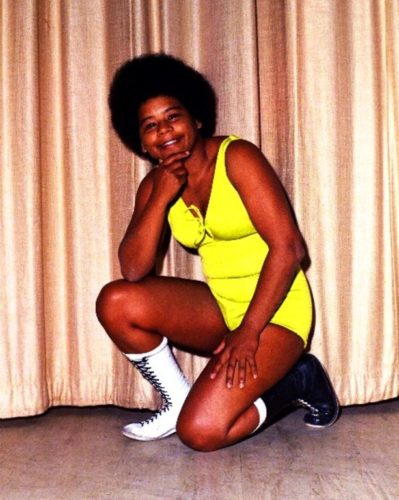 Sandy Parker broke down barriers as a wrestler.  Originally trained by Fabulous Moolah she broke away and joined Mildred Burke’s camp after growing tired of Moolah’s mistreatment.  Parker went to Japan to work for AJW where she became the first Black woman to win the WWWA Championship, she also became an eight-time WWWA Tag Team Champion.  Parker was openly lesbian making her potentially the first Black queer woman to ever win a world championship. 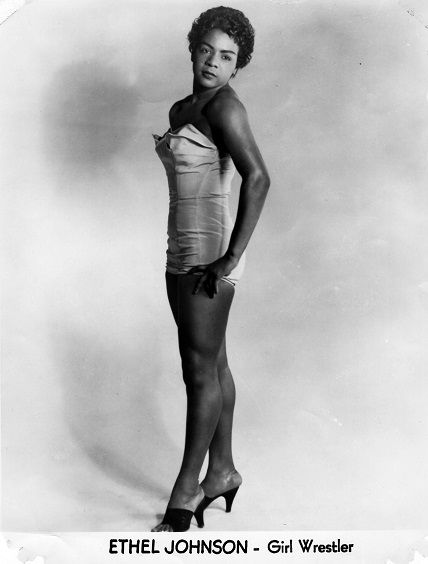 Ethel Johnson is credited as being the first Black women’s wrestling star in the US.  Johnson was a big star in the 1950s alongside her sisters Babs Wingo and Marva Scott.  Johnson received top billing in a number of high drawing shows and was very popular thanks to her ring work, which included a flying head scissors.

Ethel Johnson won a number of titles throughout her career including, most notably, the NWA World Women’s Tag Team Championships.  She, and her sisters, were among the highest-paid Black athletes of their generation.  Johnson, like Parker, broke down barriers for women of color in wrestling and became a headlining name as a Black woman. 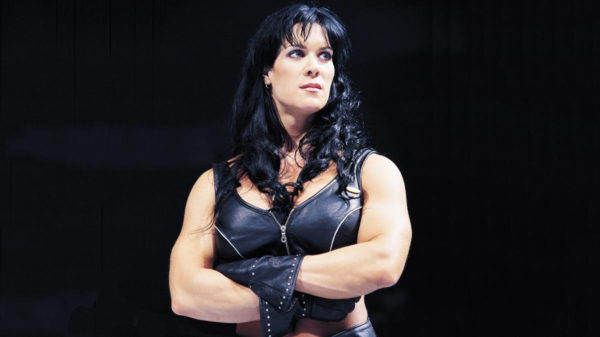 It goes without saying that Chyna was a women’s wrestling trailblazer.  She was often presented as an equal to the men, and sometimes better than the men.  She was the only woman to hold the Intercontinental Championship, the first woman to enter a Royal Rumble match, and the first woman to participate in the King Of The Ring tournament.  Chyna was on the biggest stage wrestling men as their equal for years and has inspired a generation of women’s wrestlers.