The Max Heart Tournament semifinals and finals take place on March 6th in Nerima, Japan. Before the event takes place, take a look at the action Tokyo Joshi Pro Wrestling has in store. 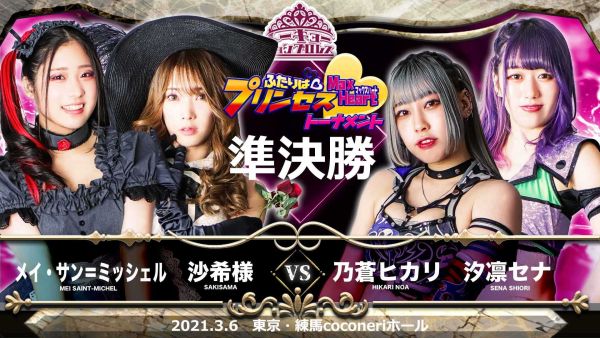 NEO Biishiki-Gun previously defeated Marika Kobashi and Raku in the first round, then Mirai Maiumi and Suzume in the second round. This team has been one of the favorites to reach the finals. However, it’s not going to be easy against the best friend duo of Hikari Noa and Sena Shiori. Since they got a bye in the first round, Noa and Shiori only had to defeat Mahiro Kiryu and Yuki Kamifuku in the second round to reach the semi-finals. Although Noa and Shiori have been teaming for longer, Sakisama and Mei Saint-Michel have got a lot of momentum behind them that may give them the edge.

Maki Itoh and Miyu Yamashita are another team that managed to get a bye in the first round, leaving them to face Miu Watanabe and Rika Tatsumi in the second. They picked up the victory and faced Shoko Nakajima and Hyper Misao in the semifinals. While Itoh and Yamashita may be the favorites, Nakajima and Misao knocked off two of the strongest teams to get to the semi-finals by beating the Magical Sugar Rabbits and the Princess Tag Team Champions, The BAKURETSU Sisters. This could be the match of the tournament, especially with how impressive Maki Itoh has been recently. It’s hard to call but Itoh and Yamashita may just get the win.

It’s not often this type of match takes place in TJPW. International Princess Champion Yuki Kamifuku was knocked out of the second round of the Max Heart Tournament thanks to Hikari Noa and Sena Shiori. In singles competition, she has been successful since winning the championship, so her chances of winning look good. Mizuki was eliminated from the tournament in the first round following interference from The BAKURETSU Sisters. However, since then, Mizuki has been in winning ways alongside Yuka Sakazaki. Haruna Neko was out in the first round and has yet to win a match in almost a month. This should be a fun exchange between these three women. If Kamiyu doesn’t win, it’s unlikely she will be taking the pin. 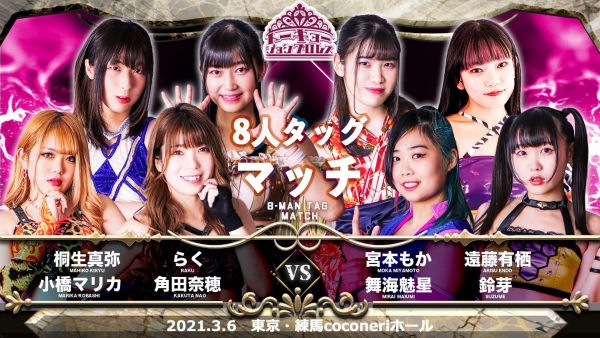 A big tag match between eight of the younger stars in TJPW will take place here. Almost all the women in this took part in the Max Heart Tournament. Furthermore, they have been steadily increasing their skills and have been fun to watch since the start of the year. This will most likely be more of a showcase of skills, so the winning team could be either. 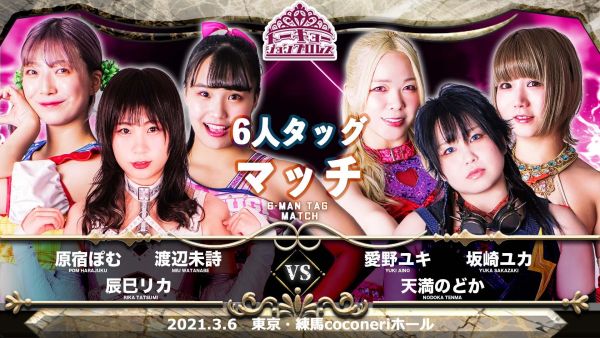 The Princess of Princess Champion, Rika Tatsumi, takes part in this match-up alongside Miu Watanabe, who she recently defended her title against, and Pom Harajuku. Since winning the title, Tatsumi has been doing some great work in the ring whether in singles or tag team competition. The Princess Tag Team Champions, Nodoka Tenma and Yuki Aino, went out in the second round of the Max Heart Tournament This was a shock, but they quickly got back on their feet. Yuka Sakazaki, unfortunately, missed out on the AEW Women’s World Championship Eliminator Tournament finals, recently losing to Ryo Mizunami. However, Sakazaki’s work has been incredible, as always, all year. This should be a great match before the main event. While it’s hard to call a winner, the Princess of Princess Champion will be looking to get a victory.

The finals will be decided earlier on in the show. It will be the winner of NEO Biishiki Gun-vs. Hikari Noa and Sena Shiori taking on the winner of Maki Itoh and Miyu Yamashita vs. Shoko Nakajima and Hyper Misao.