If you are one of the people to have watched the entirety of Lucha Underground, you will be familiar with the name Dario Cueto.  If you haven’t watched Lucha Underground, then shame on you (and go watch it immediately).  Lucha Underground was a cult hit wrestling series, which aired on El Rey Network between 2014 and 2018.  Unlike traditional North American wrestling shows, it aired in seasons and was unique in that, in many ways, it was a modern, episodic TV series that just so happened to feature professional wrestling as its main backdrop.

It helped to create – as well as further establish – new and recognizable stars in the USA.  Current WWE star Ricochet (as the mostly-silent Prince Puma) was the leading babyface, with the likes of AEW‘s Rey Fenix also featured.  MLW‘s Mil Muertes was one of the central antagonists for around half of its run, with Jeff Cobb (as the cannibalistic Matanza Cueto) a leading villain for the other half.  Pentagon Jr. was undoubtedly the biggest star to come out of Lucha Underground.  Initially a heel, he went on to become something of an antihero, breaking the arms of his enemies, with the broken bones acting as a sacrificial gift to his master, Vampiro (also one-half of an excellent commentary duo with Matt Striker). 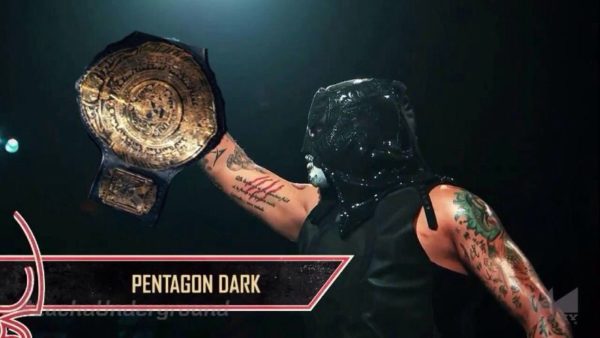 However, one name beloved by most-to-all fans of Lucha Underground is the show’s chief authority figure and primary antagonist, Dario Cueto.  If rumors (and constant teasing) are to be believed, we might very well see Dario Cueto in an MLW arena at some point in the near future, with his name and likeness being brought up as a potential member/leader of Azteca Underground – a group that has revived the spirit of Lucha Underground through the addition of Mil Muertes.  Therefore, let us now recapture the spirit of Dario Cueto, who is arguably the greatest authority figure in the history of professional wrestling.

The Origin of Dario Cueto’s Love For Violence

In Lucha Underground, Dario Cueto was billed as an enigmatic Spanish millionaire with a lust for violence.  From a young age, he dreamed of building the ultimate fighting pit – which would attract the greatest fighters from all over the world.  This led to him establishing the fight pit which would serve as the home of Lucha Underground.  Throughout the entire series, the fight pit was referred to as The Temple – with the blood and sacrifice in the ring acting as sacrificial tributes to the Aztec Gods.

Additionally, Dario’s lust for violence led to him establishing his office at ringside (with a number of competitors being slammed through said office at various points) so that his thirst for violence could be quenched regularly.  Of course, it was revealed in season 2 that Dario Cueto had a brother – the monster Matanza; a cannibalistic, meaty luchador whose sole purpose it was was to destroy.  This, of course, kept Cueto well and content and it was even revealed that he would personally feed victims to Matanza, the Lucha Underground proprietor wearing a satisfied and crooked smile.

Who Is Dario Cueto?

It has been said that Dario Cueto is an improvement on the “Evil Chairman” Mr. McMahon character from the Attitude and Ruthless Aggression Eras.  Complete with far better acting (Dario was portrayed by Luis Fernandez-Gil, a legitimate actor by trade), more consistency, and much less silliness, Dario Cueto was the perfect authority figure whose own story alone was more than enough to tune in for.  Throughout the series, he became involved in a number of storylines, involving Prince Puma, Pentagon Jr., and his brother, Matanza Cueto, to name just three. 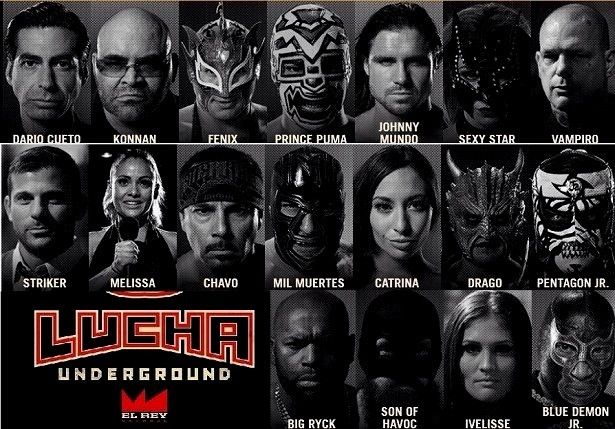 In one way or another, Dario Cueto was involved in just about everything that happened in the show and his character didn’t suffer from over-exposure, as there would occasionally be entire episodes without him.  The overarching story of Lucha Underground involved Aztec gold; polytheism and Cueto having a Mafia-like hit put on him by his own father – what’s not to love? All of this made him the enigmatic, charming, shady Spanish spinster that he was.  It speaks volumes that in a show that featured wrestling (and some of the finest wrestling to have ever been televised at that), Dario Cueto, the non-wrestler, stood out and became one of the most beloved names associated with Lucha Underground.

Could We Really See Dario Cueto in Major League Wrestling? 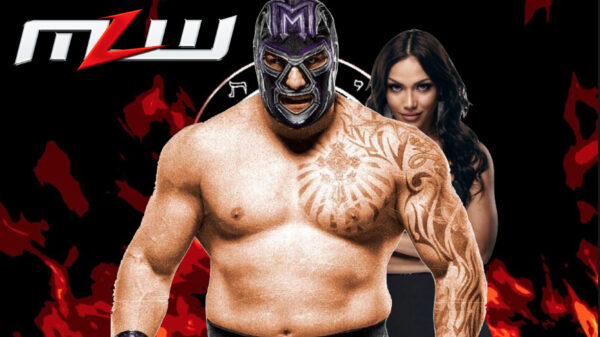 One of the highlights of the “COVID Era” has been Major League Wrestling.  They have a legitimate top heel MLW Heavyweight Champion in Jacob Fatu, with the perfect, babyface chaser in Alexander Hammerstone.  Over the past month, we have now witnessed the rise of Azteca Underground.  It is an oddly (and familiarly) named stable featuring former Lucha Underground Champion, Mil Muertes and Salina de la Renta, who appears to have taken Catrina‘s place as Mil’s valet – or, rather, controller (think Paul Bearer and Undertaker).

There have been many teases that could potentially lead to either Dario Cueto or his father, Antonio Cueto (also portrayed by Fernandez-Gil), being unveiled as a financial backer, or leader, of the group.  One thing is for certain: this is definitely leading somewhere.  It might just be that these references are a wink and a nod to a cult hit whose audience – as fans of gritty, dramatic wrestling – might be lured in by a weekly pro wrestling show of a similar mold.  Potentially, though unlikely, it could lead to someone entirely unrelated debuting.  One thing is for certain: should Dario Cueto debut in MLW, things are going to get much more violent.

Stay tuned to the Last Word on Pro Wrestling for more on this and other stories from around the world of wrestling, as they develop. You can always count on LWOPW to be on top of the major news in the wrestling world, as well as to provide you with analysis, previews, videos, interviews, and editorials on the wrestling world. MLW Fusion airs every Wednesday on Fubo Sports Network and YouTube at 7 PM EST and every Saturday on beIN SPORTS at 10 PM EST.