Following another successful IMPACT Plus special in No Surrender last Saturday, this week’s IMPACT Wrestling on AXS looks to put together the pieces for the future of its roster. While no title’s changed hands this weekend, each champion was pushed to the limit, especially in the case of Rich Swann versus the ever-resilient and newly 50-year-old Tommy Dreamer.

Meanwhile, the “forbidden door” has reportedly found another exit, as implications of an IMPACT/NJPW working relationship were made in the form of an NJPW video package featuring Juice Robinson and David Finlay. Here’s some of what to expect on the No Surrender aftermath episode of IMPACT Wrestling. 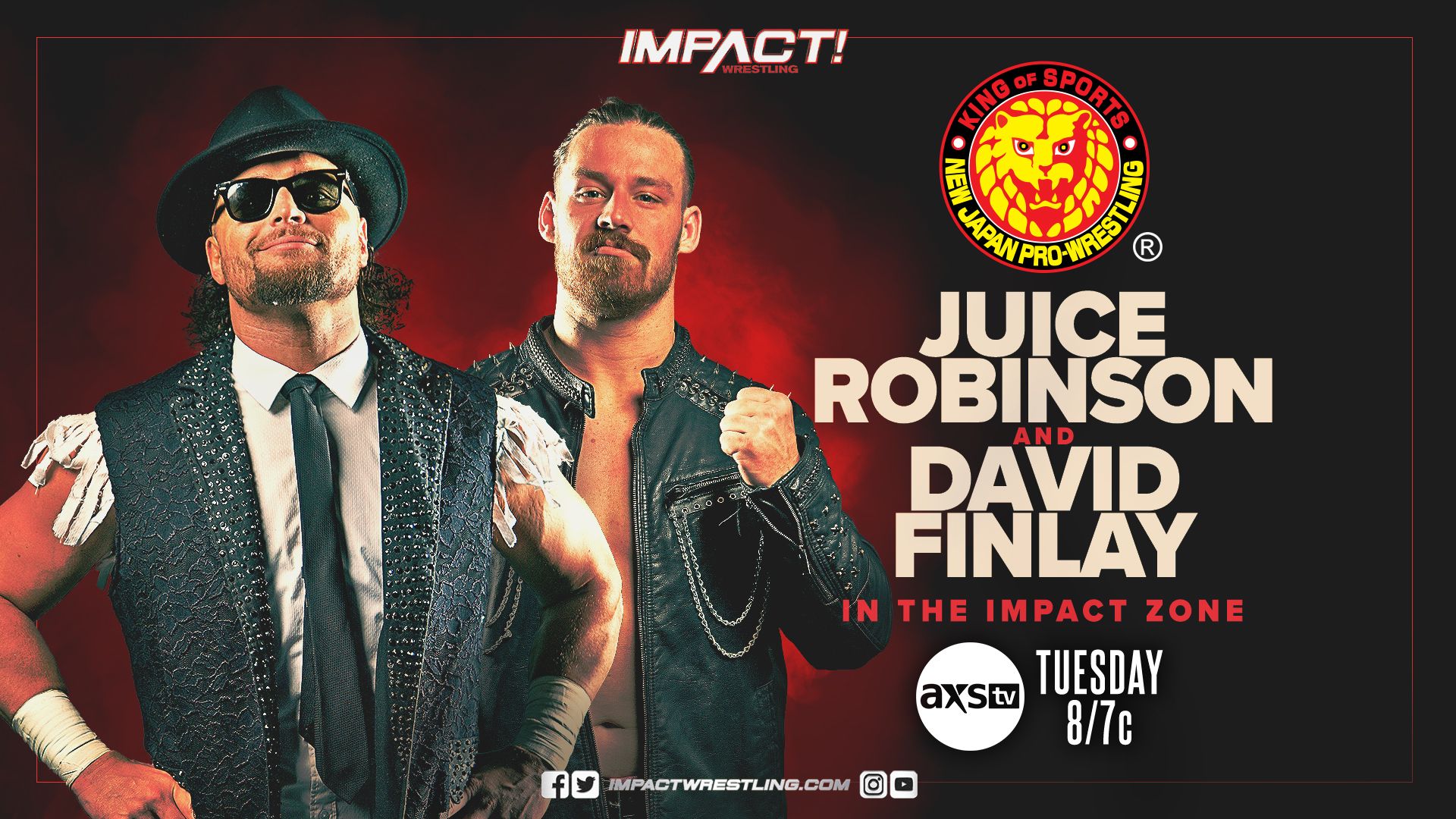 Following the main event of No Surrender, a video package played featuring footage from New Japan Pro Wrestling. While the inclusion of NJPW action and logo on an IMPACT event was exciting enough, it soon became clear who was the main focus of propagandic video. Former IWGP Heavyweight Tag Team Champions David Finlay and Juice Robinson were shown in frame at the end of the video, making it all too inevitable that they would appear in IMPACT sooner rather than later.

We did not need to wait long to learn more about this development, however. Less than an hour later, NJPW announced on Twitter that the popular tag team would indeed be appearing live on IMPACT television this week. While no official word has been given on exactly what the duo will be doing, it is safe to say that they will be having some kind of interaction with former Bullet Club stablemates and, current IMPACT World Tag Team Champions, The Good Brothers. Will Robinson and Finlay be the only NJPW wrestlers on IMPACT this week, or will they bring reinforcements?

ICYMI: @njpwglobal's Juice Robinson and @THEdavidfinlay will be in the IMPACT Zone TOMORROW at 8/7c on @AXSTV! #IMPACTonAXSTV @njpw1972 @njpwworld pic.twitter.com/DV7F7IkCME 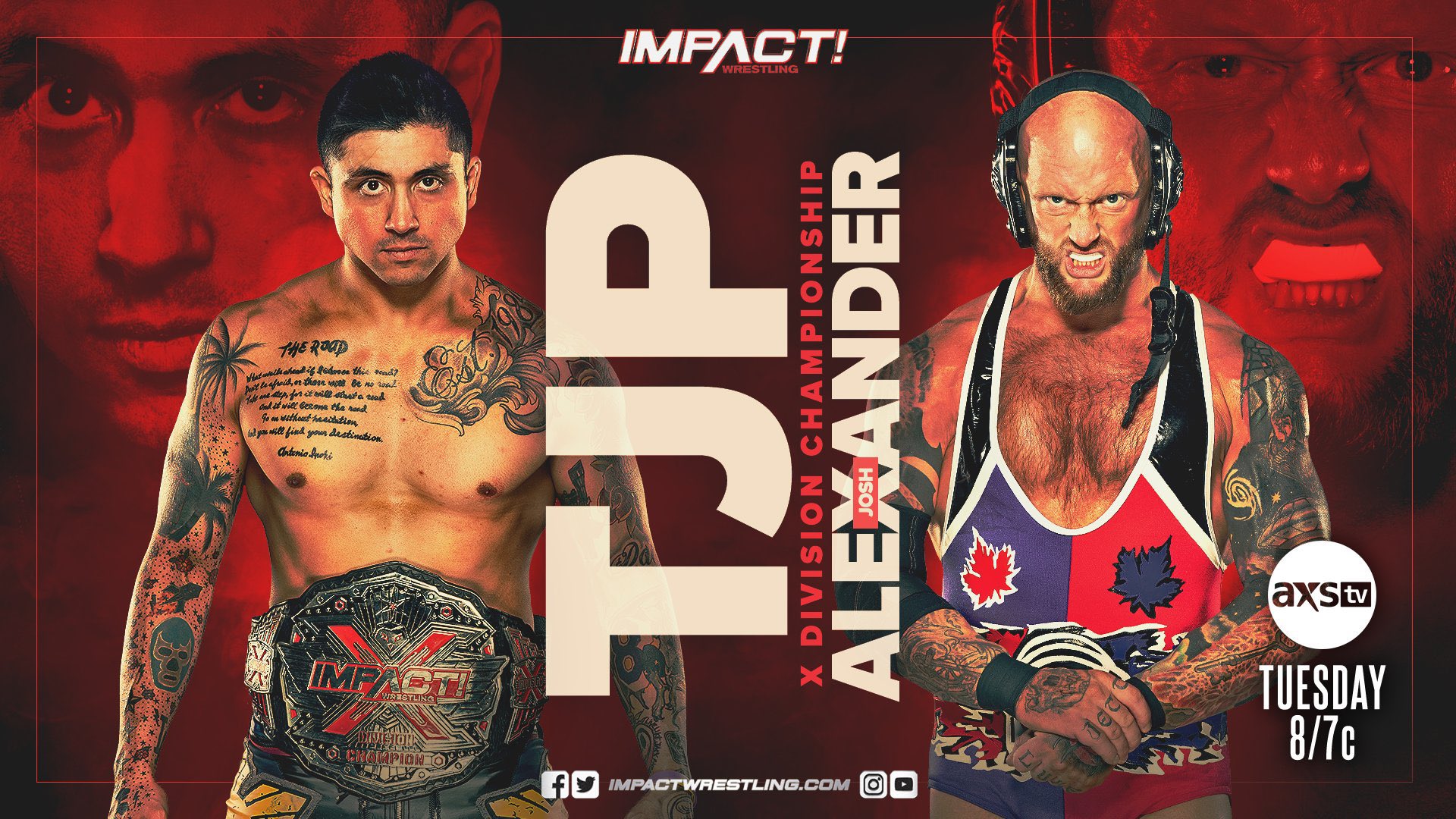 At No Surrender last Saturday, Josh Alexander was victorious in one of the most unique and challenging match types in recent memory. This match, deemed a Triple Threat Revolver, saw “The Walking Weapon” surpass 7 other competitors, including the likes of 2021 Super X-Cup winner Ace Austin, former X-Division Champion Willie Mack, the newly re-signed and hyper-focused Trey Miguel, and the hot up-and-comer Blake Christian. While he did not run the entirety of the triple threat gauntlet, he managed to overcome the onslaught of Ace Austin and prove that he is more than just a tag team guy.

TJP, meanwhile, was victorious in yet another great match against his bitter rival Rohit Raju. At almost three months as champion, the formerly masked high flyer has taken on all comers and proven to be a dominant champion. However, Josh Alexander knows what it means to be a dominant champion as well, haven been one-half of the longest reigning tag team champions in IMPACT history. Will the mat-based mastermind be able to take the title from the high flying technician?

What Else to Look Forward to On IMPACT Wrestling

– After his brutal beatdown on IMPACT World Champion Rich Swann and the legendary Tommy Dreamer, what else will Moose have planned?

– Will Private Party and Matt Hardy return to IMPACT after their crushing defeat against the Good Brothers? Does Tony Khan have more ammunition in the form of AEW talent?

– A fatal four-way match will take place involving four of the men from last Saturday’s Triple Threat Revolver match. Who will successfully improve their stock between Suicide, Daivari, Willie Mack, and Trey Miguel? 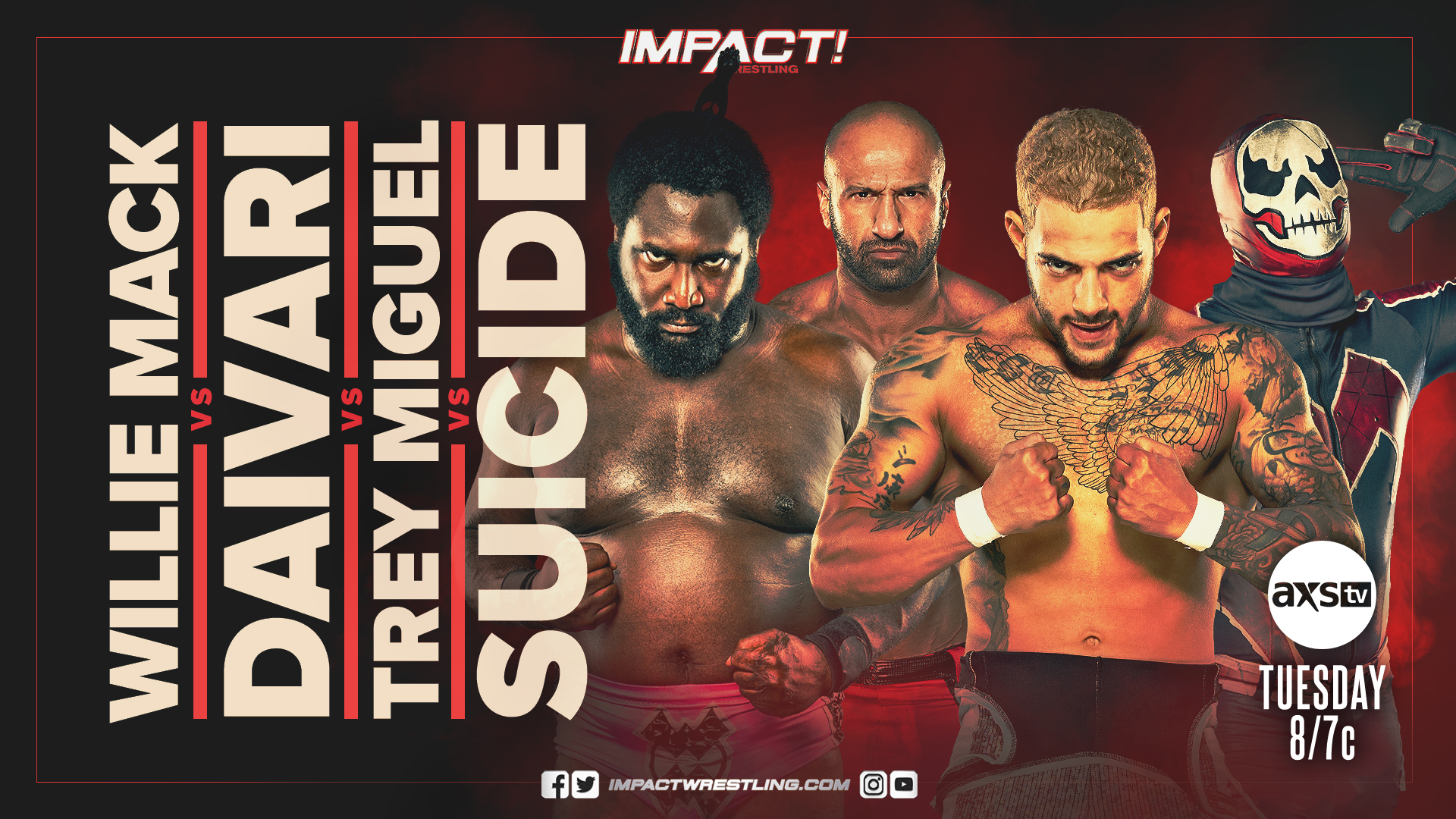 – IMPACT’s new weekly show, Before the IMPACT (BTI), will debut tonight as well, featuring a rematch from No Surrender between XXXL and Decay. BTI will air on AXS TV at 7 PM.

The launch of #BTIonAXSTV required something more than a casual encounter.. #Decay and #XXXL will tear each other apart for your viewing pleasure, Hivelings..

IMPACT Wrestling will air tonight at 8 PM on AXS TV.