The Pioneers is an on-going series looking at some of the earliest pioneers of professional wrestling as we know it, from the wrestlers to promoters to trainers who helped shape professional wrestling around the world. This article looks at Woody Strode, an early African-American and Native American star who left pro wrestling in the early 1960s to become an actor in Hollywood for decades.

Over the past several decades, more and more pro wrestlers are capitalizing on their work in pro wrestling to work in Hollywood as bonafide stars in the movie industry. From Andre the Giant in The Princess Bride to Roddy Piper in They Lives to the expanding resumes of Dwayne “The Rock” Johnson and Dave Bautista to John Cena, pro wrestlers have found a way to transition to cinema. Hulk Hogan peaked with his first entry in Rocky III, while Jesse “The Body” Ventura became a reliable sideman in films like Predator and The Running Man, as well as other wrestlers like Diamond Dallas Page, Edge, John Morrison, and many more. But in the early 1960s, it was Woody Strode who really broke the mold for professional wrestlers to appear in Hollywood films without just portraying pro wrestlers. 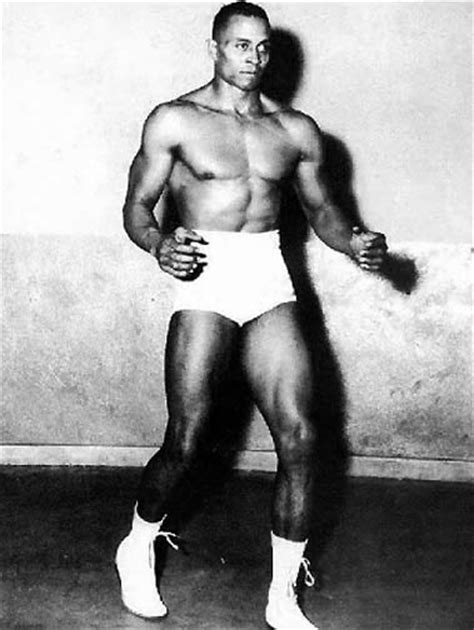 Woody Strode was a Black Indian (his grandmother was Black Cherokee and his grandfather was Black Muscogee) and an outstanding athlete. A Los Angeles native, he excelled in athletics at UCLA in the late 1930s, where he was explosive as a decathlete as well as part of the college football team that also included Jackie Robinson – he, Robinson, and future NFL star Kenny Washington made up three of the four backfields and were dubbed “the Gold Dust Gang” by the press. Strode’s family came from New Orleans and he was Black Indian – many Southern Native American tribes had welcomed slaves and free folk into their communities in the 1800s. He wasn’t just an athlete on a scholarship at UCLA, he was an academic. He majored in history and education. 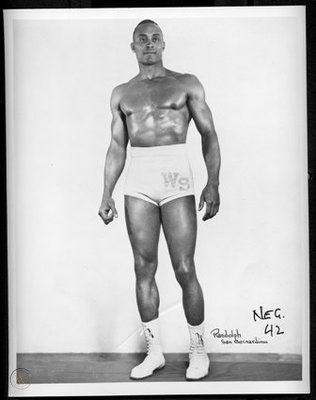 In 1941, he began working as a professional wrestler, and in 1946, he and Washington became the first two African-American football players to play in the NFL, when they signed with the Los Angeles Rams. Strode played as an End with the Rams in 1946, playing in 10 games that season. He would retire from pro football after that first season. His fellow Gold Dust Gang member Jackie Robinson would break the color barrier in Major League Baseball a year later in 1947. The same year he broke into pro wrestling, he also got his start in Hollywood, making his debut in the 1941 film Sundown. He would find several extras roles over the decade, before turning to pro wrestling on a more full-time basis in 1949.

That year, he would head to Canada to work for Stu Hart in his Klondike Wrestling promotion in Calgary, Alberta (later renamed Stampede Wrestling), before returning to the US to work for his hometown NWA Los Angeles. He wrestled for NWA Los Angeles and Stu Hart throughout the 1950s and even wrestled arguably the top draw in pro wrestling in the 1950s, Gorgeous George. All the while, he continued to work in often uncredited roles in Hollywood films in minor roles, before landing the role of the King of Ethiopia in the 1956 film The Ten Commandments featuring Charleton Heston. By 1960, he was starting to garner more attention from Hollywood producers, and after roles in Pork Chop Hill (1959), The Last Voyage (1960), and Spartacus (1960), Hollywood deemed he was no longer an extra and deserved more attention.

In 1962, he retired from pro wrestling to concentrate on his film career, which exploded after his role in John Ford’s Sergeant Rutledge, and then his first starring role in the Western The Professionals that starred Lee Marvin and Burt Lancaster in 1966. By the late 1960s, he moved to Europe and became a regular in the Italian (“Spaghetti”) Western genre. It was his enduring appeal in Western films that lead to him being immortalized in tribute by Pixar films – the Tom Hanks’ voiced cowboy toy Woody in the Toy Story series was named “Woody” after Woody Strode. Strode continued acting for decades – his final film was as Charlie Moonlight in the 1995 film, The Quick and the Dead that also featured Leonardo Di Caprio, Sharon Stone, and Gene Hackman – sadly, Strode passed away from lung cancer in late 1994 before the film was released and the film was dedicated to him upon release. While his pro wrestling career lasted two decades from the 1940s to 1960s, his impact not only on the NFL and in Hollywood was a groundbreaker, making him a pioneer in many genres outside of the squared ring.