Monday Night RAW returns once more.  As the weeks continue to pass at near-lightning speed, we can continue to count on WWE‘s flagship show to continue to provide us with plenty of talking points.  In typical WWE fashion, only one match has been announced for tonight’s show.  As usual, expect a preview of the solely-announced match and plenty of speculation as to what else may occur.  It just so happens that tonight’s match is a 2020 throwback.  That’s right.  If you thought 2020 was gone forever, you are mistaken.  Let us dive right in! 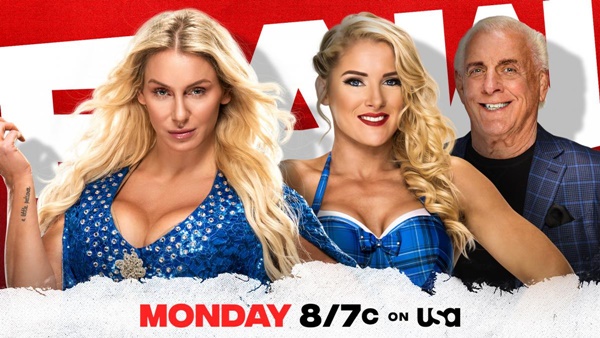 In what has been a strange, new addition to WWE’s growing collection of strange, new rivalries is Charlotte Flair and Lacey Evans.  In recent weeks, Lacey Evans has been courting the attention of that dashing, young lothario, Ric Flair.  The dashing, young lothario is also seventy-one years of age.  Additionally, Lacey Evans is married and as early as last year, was focused on being a role model to her children.  Of course, none of this storyline appears to make sense.  However, Lacey Evans is being a good heel in this feud and is clearly playing mind-games with Charlotte in an attempt to derail her comeback.  It is a fun, if not mindless feud but at least it is something new.  Will this all backfire on Lacey in the long run? You bet. 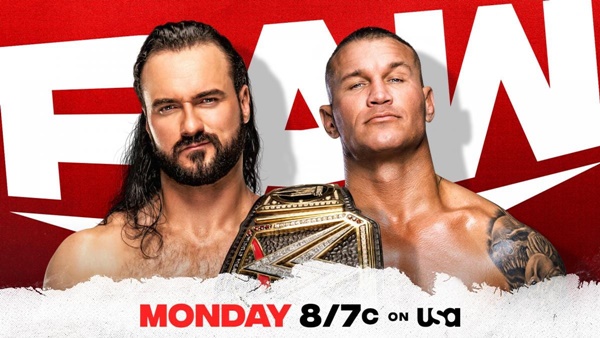 The aforementioned match inspired by last year’s lengthy rivalry is none other than Randy Orton versus WWE Champion, Drew McIntyre.  You may remember that Orton actually overcame McIntyre at last year’s Hell in a Cell pay-per-view. and was briefly WWE Champion as a result.  This proved pointless, however, and led to Drew recapturing the championship for his second (and current) reign on the November 16th edition of Monday Night RAW.  Not long after, Randy’s feud with The Fiend would begin.  A few bizarre promos, some burns and a human sacrifice later led us back to here.  Drew, meanwhile, has entered into a feud with his (now former) friend and drinking buddy, Sheamus.  This is the feud the WWE have been building for months now and should be one of WWE’s top priorities heading into WrestleMania.  Randy Orton is, presumably, still in a feud with Bray Wyatt and therefore it doesn’t make too much sense for him to go over here.  Expect Drew to win.  However, don’t be too shocked if Sheamus costs Drew the match.  Stranger things have happened in the WWE in recent times, like human sacrifices and the gouging of eyes.  Ouch.

Not Announced But Expected For Tonight’s RAW

– Alexa Bliss continues to play mind-games with The Viper.  So what’s next?

– Bobby Lashley and Riddle will no doubt continue their feud.  Will Riddle get revenge for last week?

– Damian Priest and Bad Bunny have become unlikely allies in Bad Bunny’s rivalry with The Miz and John Morrison.  Will we get more this week?

– Is Asuka even going to have an opponent at WrestleMania? If not Bianca Belair, then who?