Tony Khan was back on the Talk is Jericho podcast after almost two years recently. The boss discussed how All Elite Wrestling has fared throughout the pandemic hit 2020, how they kept Dynamite going for a month with complete lockdown, Brodie Lee’s passing, the tribute show, and much more.

Khan was thrilled about having added a plethora of talented performers to the AEW roster in 2020. New teams like Team Taz, the Varsity Blondes, the Chaos Project, and the Acclaimed were formed, to mention a few. 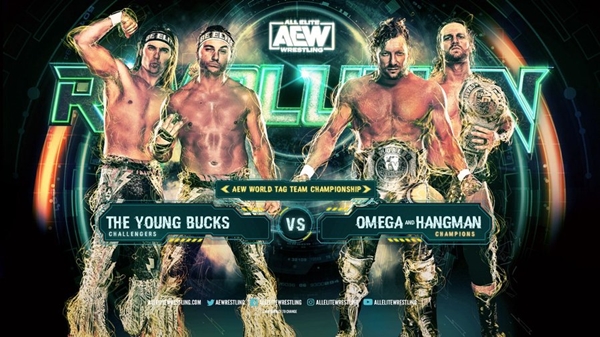 Per Khan, AEW was the number one wrestling company in 2019, based on live event attendance per show worldwide. Going into 2020, AEW had a great buzz within wrestling fans. Chris Jericho and Jon Moxley were going through a red hot feud and the tag team titles were right in the middle of some ‘Elite’ commotion. This led to the Revolution pay per view, which Khan believes is the best PPV AEW or any other promotion has put on in some time.

Tony Khan delved into how AEW put on a show every week when there was nothing new on TV and how the Brodie Lee tribute show was his proudest moment as a wrestling promoter.

TNT Championship Tournament Came About As a Necessity

​Tony Khan revealed on the podcast that the TNT championship tournament was in his plans but was not supposed to take place in April programming. It rather came about as a necessity, when he went through the talent he had available. Khan had already worked out the people he would need in the brackets of the tournament before the pandemic hit. Luckily he had all those performers barring one available.

The TNT Championship is coming to Dynamite. Who do you think will be the inaugural champion? pic.twitter.com/ERP6SX0ywC

Cody, Dustin Rhodes, Lance Archer, and Darby Allin featured in the final four of the tournament and Cody went on to become the Inaugural TNT champion.

In March, AEW was gearing up for a massive March 18th edition of Dynamite. This show was supposed to be in Rochester, New York, the hometown of Brodie Lee. Brodie Lee, along with Matt Hardy, was scheduled to debut on this show, where Lee would be revealed as the Exalted One of Dark Order. It would then lead to the Blood and Guts edition of Dynamite featuring the Inner Circle versus The Elite with Matt Hardy.

HE'S HERE… THE EXALTED ONE IS HERE!! #JOINDARKORDER #AEWDynamite on @tntdrama pic.twitter.com/EIPoMzvM5e

Unfortunately, two weeks before the March 18th episode, all events with live audiences were shut down due to the pandemic, and both performers had to debut in an empty arena. The Blood and Guts show got canceled, and there was no clear road ahead for future shows.

Right after the live April 1st episode of Dynamite, news came that the state of Georgia was going into lockdown. This was where the dynamite was telecasted from, and AEW feared they would not be able to do shows in the following weeks. That is when Tony Khan decided to call in all available talent the next day and tape matches for nearly six weeks of television.

This marathon taping was done with only 29% of the active in-ring roster available to wrestle. Tony Khan taped tons of matches and segments to fill in for future episodes, with only Tony Schiavone available to do commentary and Dasha Gonzalez filling in as the ring announcer. Tony Khan himself acted as producer, agent, and keeping time for all matches throughout the taping.

Cody and Chris Jericho filled in as color commentator with Schiavone, and indie wrestlers from around the area were called. These Indie wrestlers acted as the live crowd and taped matches for AEW dark, which would release in subsequent weeks.

This tradition of calling in Indie wrestlers continues, and Jericho pointed out that Tony Khan ensured they were being featured on Dark and getting paid, while there were no indie wrestling shows for them to perform and earn a living. Jericho also said that AEW Dark has effectively served as the alternate to Indie wrestling in these months, with show length average being close to 2 hours every week.

Show Of Professionalism In a Difficult Time

During the marathon tapings, all the available talent was multi-tasking. It would still prove a tall task to fill in all the roles. One such department was color commentary, where Cody and Chris Jericho filled in with Tony Schiavone in the broadcast booth.

Jericho revealed that he had been at home during the previous night’s Dynamite telecast when reports of a lockdown filtered through. Right after the show ended, Jericho called up Tony Khan to inquire how he planned on keeping the show going. Here Jericho was informed of the taping, and he volunteered to drive to Atlanta and help the crew. Jericho ended up doing hilarious color commentary for 26 matches that fans enjoyed.

Khan said to Jericho – ‘…you came in and did the commentary which added so much to the show and I really appreciated it, that you came up to Atlanta and did that ‘. ‘…It raised the level of everybody’s professionalism, and I think excitement to get through what was a long day…’ Khan added.

Another such moment, Khan talked about, was when Marko Stunt stayed back to tape a match with Brodie Lee. Stunt’s grandmother had passed away on the day of the taping and was heading home when he got to know there were plans to tape a match between him and Brodie. Stunt volunteered to stay and tap the match before heading out, in what must have been a very emotional day.

How Sting’s Contract Came About And TV Debut

Tony Khan revealed that he had a prior relationship with Sting and that it was Sting who reached out to him when the latter’s WWE contract ran out.

Khan had known Sting through his son, Steven Borden, who played tight end at Kentucky and tried out for the Jacksonville Jaguars. It was during this time, more than five years ago, they became acquainted.

Khan felt it made sense to sign Sting to an agreement, and now he is doing what both of them wanted him to do, week in week out.

He said – ‘…coming in, he has been really optimistic and he’s just having… I think…I really believe a good time. The promo that Sting and Darby did this week, the hoodlums… Darby’s a hoodlum and Sting’s a hoodlum too… it’s great stuff!! He came up with that… and it’s just trying to ask him to be creative… giving him this situation… and asking him what would he say and do in this situation… ‘

Here we go! It's 'The Machine' Brian Cage (@MrGMSI_BCage) & Ricky Starks (@starkmanjones) of #TeamTaz vs. @Sting & the TNT Champion @DarbyAllin in a STREET FIGHT at #AEWRevolution on Sunday, March 7th. pic.twitter.com/PYEeafsFRI 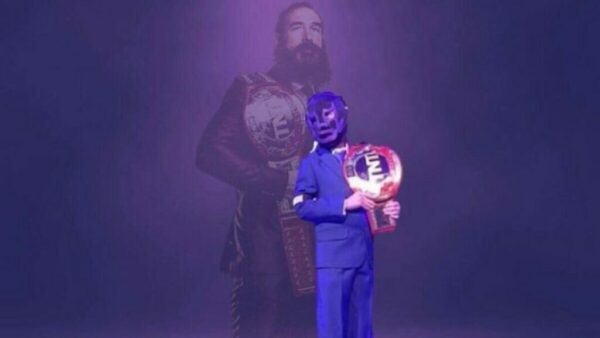 Khan said – ‘… losing him, I don’t think any of us have gotten over .. will get over it… that was probably the thing…you know..ended the year on a very difficult note…but when you talk about another thing I’m really proud of…booking [the Brodie Lee tribute show].. that’s probably the thing I am proudest of’

About his process behind booking the tribute show, Khan said –

‘…I sat down and put the pencil to paper and wrote the show as I saw…which was…the dark order coming out..and the story of the night is that the dark order are the babyfaces here. but making the context very clear by pairing them in a series of tag matches through the night…they were all… the male matches were all 6 man tags and then Anna and…. Tay Conti do a tag match…’

Khan also played a key role in the fantastic Brodie Lee tribute video when he came across Tom Waits Ol’ 55 song while Brodie’s hospitalization. Knowing the chances of Brodie recovering were not looking good, he wanted to give him the best tribute possible. Khan went ahead and bought the rights to this song forever. This cost him a lot more, but he wanted to never have this video deleted and for fans, friends, and family to be able to remember Brodie, through that video.