As the Royal Rumble arrives this Sunday, fans are already getting their hopes up as potential surprises and ultimate winners are being discussed and rumored everywhere. It really is the beginning of the most exciting time when you are a WWE fan as the Rumble kicks off the “Road to WrestleMania.” Last year, we discussed how 2020 had the potential of seeing specific NXT wrestlers enter and potentially win. In this article, we look to predict the NXT wrestlers who could enter the men and women’s Royal Rumble matches as this year presents another opportunity for the first time an NXT wrestler wins the entire thing.

The Brief History Of NXT In The Royal Rumble 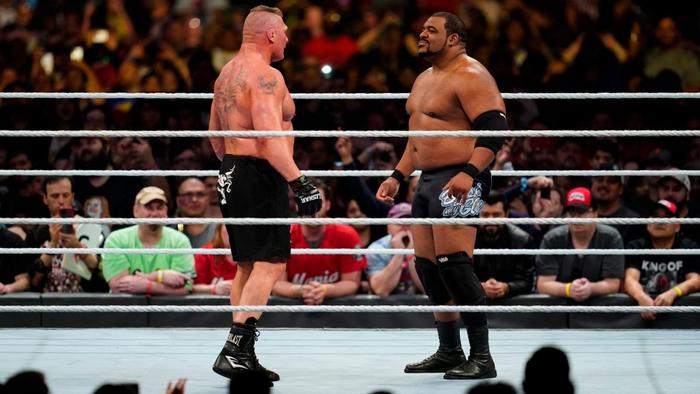 NXT has had some sort of presence in the Royal Rumble match dating back to 2013, as future NXT Champion Bo Dallas was the first-ever to represent the brand in the match. In the years following, Rusev, Sami Zayn, and Tye Dillinger entered the Royal Rumble has singular NXT entries. It wasn’t until 2018 that the NXT influence was really felt in the match as multiple entries in both the men’s and women’s Rumble became a regular thing. 2019 saw nine NXT talents attempt to earn their spot at WrestleMania.

And in 2020, that record was blown open by the women’s Rumble event alone as 11 NXT women appeared, including Bianca Belair who started the match at No. 2 and eliminated a record eight competitors, and Shayna Baszler who entered at No. 30 and was the runner-up to the winner, Charlotte Flair. The men’s match included two, Keith Lee and Matt Riddle.

Their history is growing more and more by the year. And the more they are involved, the likelier the chance is that they finally win one. The time is coming, and this year’s potential field could include participants that have exactly what it would take to win the entire thing. Here’s a look at who we believe will enter the 2021 Royal Rumble matches from NXT. 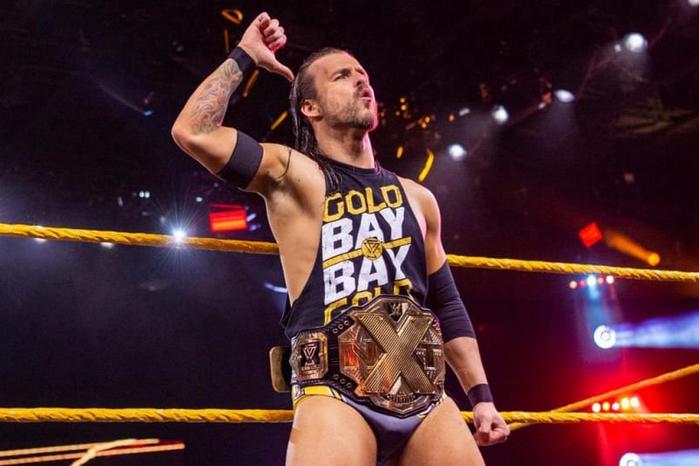 The time is coming. Sooner than later, Adam Cole will be on the main roster and the Royal Rumble could be the beginning of that. This wouldn’t be the first time the longest-reigning NXT Champion in history entered the Rumble match, as he entered the legendary battle royal back in 2018. He had a decent showing before being eliminated by Rey Mysterio. With his future on NXT being rather cloudy and it only consisting of tag-teaming with Roderick Strong, this may finally be the year that Cole sees an opportunity to earn a main event spot at WrestleMania. By the end of the men’s match, the piped-in crowd could be chanting “Adam Cole, BAY BAY!” 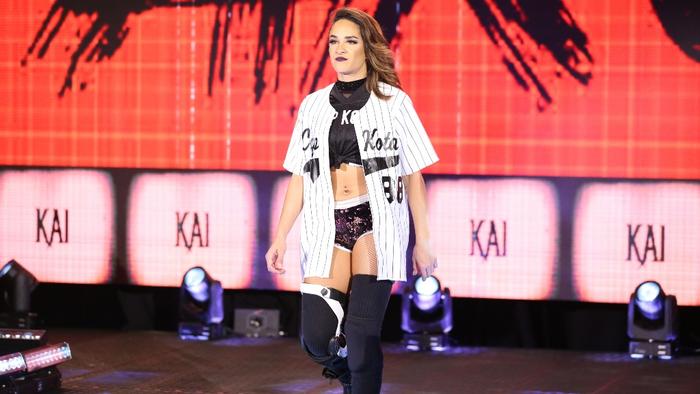 So nice, do it twice? Last year, Dakota Kai entered the women’s Royal Rumble match and had a pretty decent showing. With her partner in crime rising up the ranks in NXT, Kai could enter the Rumble this year to try and earn herself an opportunity. “Captain Kota” as she likes to call herself could very well appear for the second straight year and it would not be too shocking as the likes of Xia Li and Kairi Sane have appeared back-to-back years while being a part of the NXT roster. 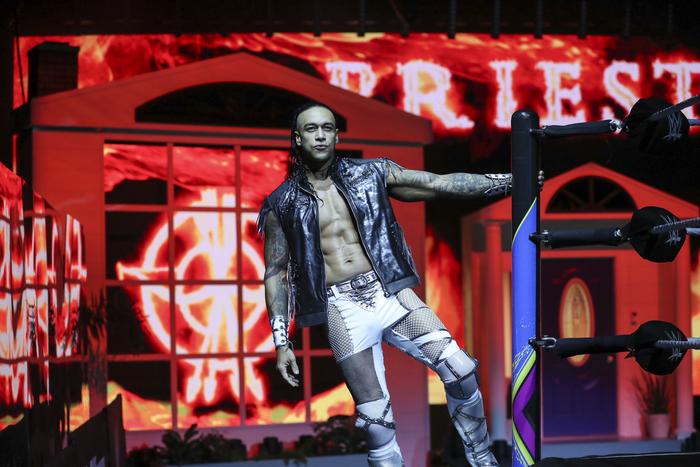 On the men’s side of things, there may be no person closer to being a guarantee in the Royal Rumble match from NXT than Damian Priest. “The Archer of Infamy” was last seen on NXT at New Year’s Evil where he lost to Karrion Kross in a competitive match, and many believed that to be his final appearance on the brand. It seems there may be no better time for Priest to debut on the main roster than in the Rumble match. Don’t be shocked if Priest not only appears but has a showing to let the world know who he really is. 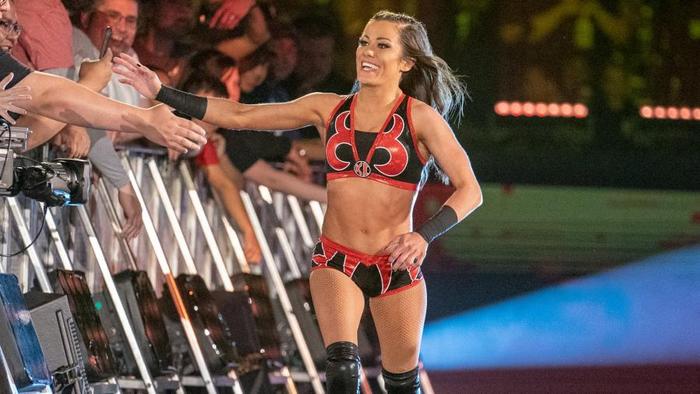 2021 wouldn’t be the first Rumble showing for the former “American Ninja Warrior.” Kacy Catanzaro appeared in the 2019 Royal Rumble match and showed everyone what she was capable of with one of the coolest saves ever. She could be trusted once again to deliver that must-see moment as the other woman, Naomi, who usually gives those moments is still out injured as of this writing. 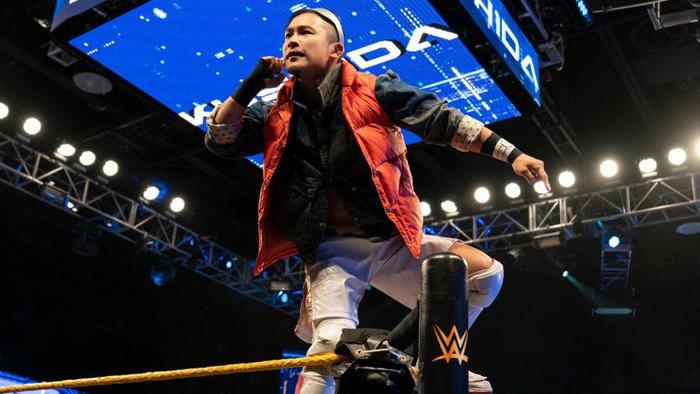 Japanese superstars have made their names known through the Royal Rumble, especially in the last five years. Whether it be Shinsuke Nakamura and Asuka actually winning the match or Kairi Sane and Io Shirai showing the world what they were capable of, it has become a legitimate trend. It would only seem right that the next Japanese star to make their name known in the Rumble match would be one of the best junior heavyweights in the history of Japan, KUSHIDA. Not only would he be an excellent surprise and representative for NXT, but he could give some previews with the likes of Daniel Bryan and Cesaro that would excite fans everywhere. 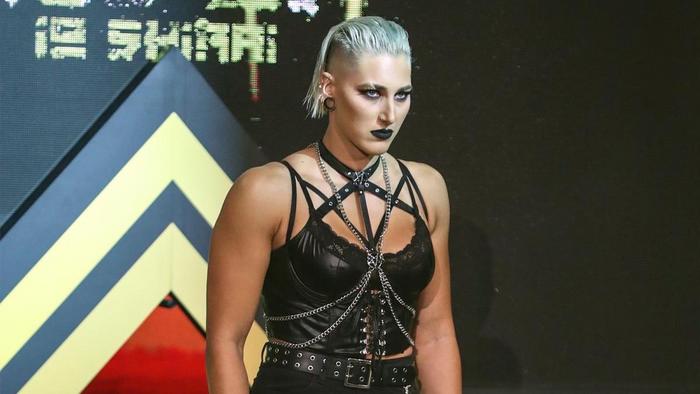 The time is finally here. Rhea Ripley has done all she can on both NXT and NXT UK. Her next stop is either Raw or SmackDown. And she can force herself there by entering the women’s Royal Rumble match. The same match that Charlotte Flair won and challenged her for her NXT Women’s Championship last year. Not only would she enter to represent NXT one last time, but there’s a grand chance she could win the entire thing and be the first NXT superstar to achieve that goal. Ripley is on her way to being a major star, so it’s fitting that the Rumble is when she can finally unleash her brutality.