The war between IMPACT Wrestling and All Elite Wrestling saw possibly its biggest offensive maneuver yet last week. AEW made its presence felt in a big way, with AEW President Tony Khan taking a step that even Vince McMahon did not during the Monday Night Wars: he personally intruded IMPACT Wrestling, crossing enemy lines and leaving his mark in the process. With the possibility of more warfare taking place tonight, as well as the continued aftermath of Hard to Kill, here is everything to look forward to this week on IMPACT. 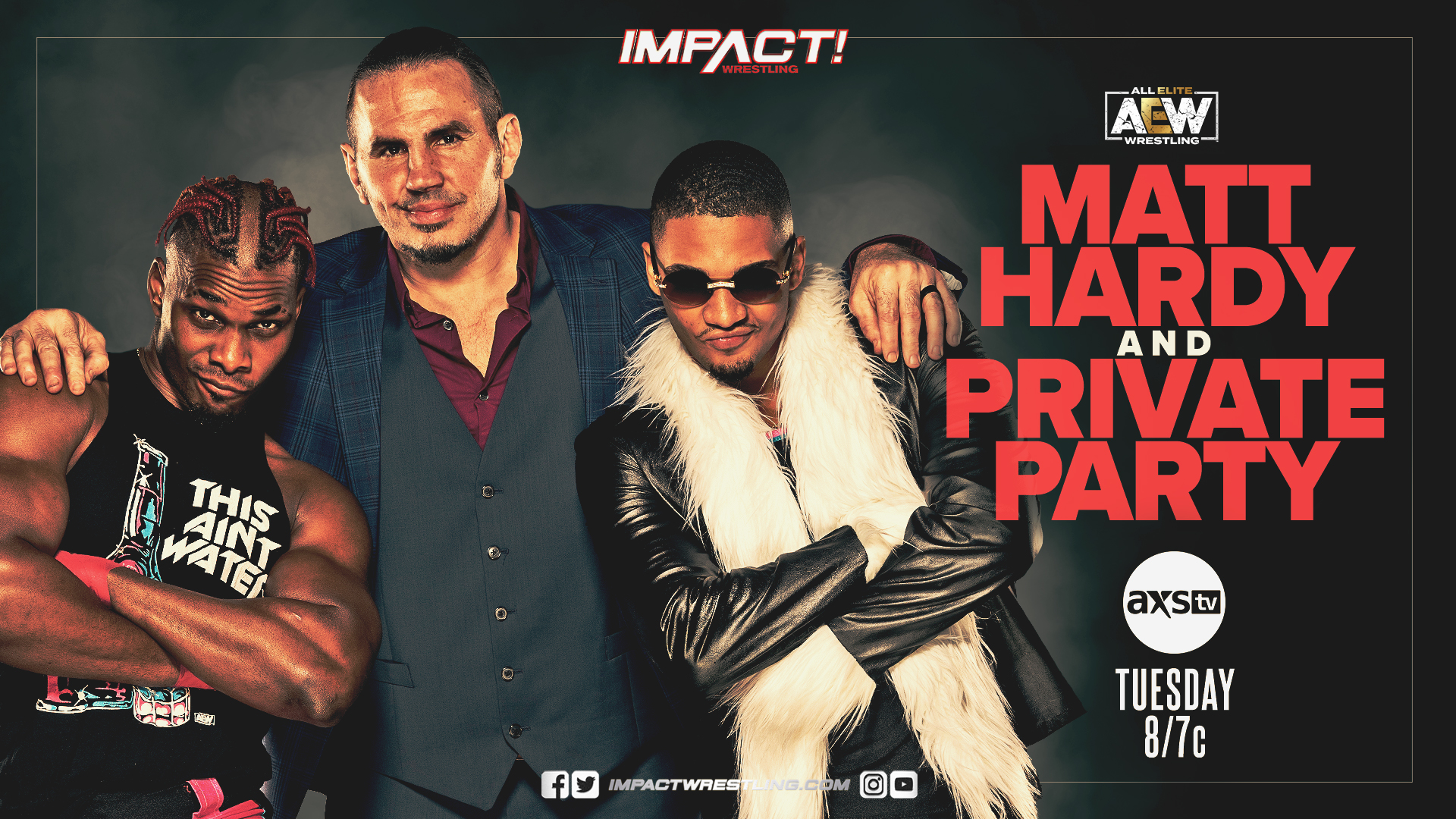 AEW President Tony Khan, who has been previously future in AEW commercials on IMPACT television, made a live appearance last week, involving himself in the main event with AEW coach (and former IMPACT talent) Jerry Lynn. The most shocking part of this, however, was that the billionaire was helping AEW tag team Private Party (with their manager “Big Money” Matt Hardy) win a #1 contendership match for the IMPACT World Tag Team Championship. When the match between Private Party and the Good Brothers will happen is yet to be determined. However, the entire trio of “Hardy Party” look to rub their win in the faces of the roster as they appear live once again. What kind of damage do they hope to make this week, and what effect do they hope to make to the inter-promotional war?

Gin and Juice got the win. 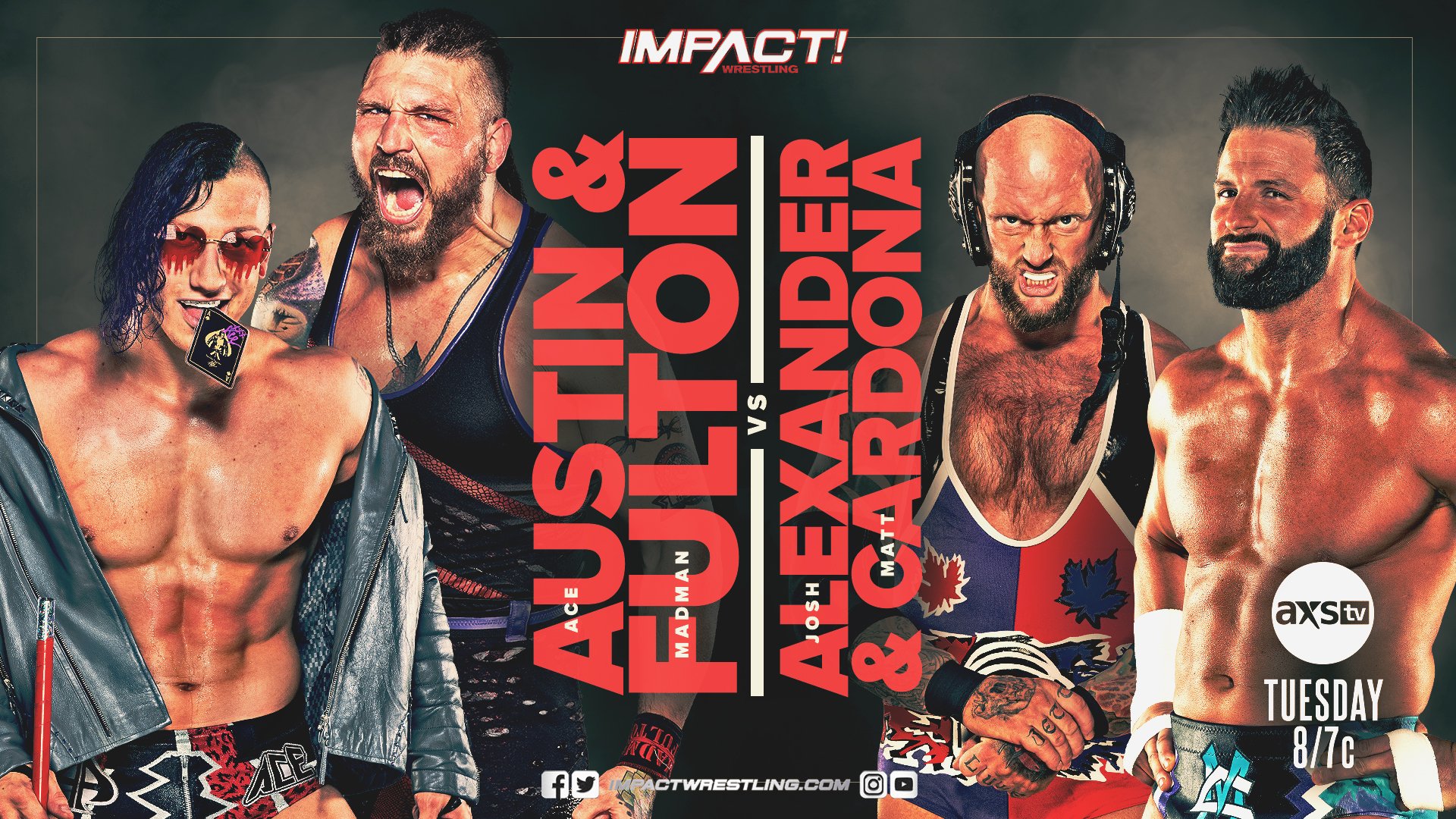 Matt Cardona made his shocking debut at Hard to Kill a couple of weeks ago at the expense of former X-Division Champion Ace Austin. Austin came out to vent his frustration about not being on the card despite having won the Super X-Cup the week before, but was interrupted by the former WWE star, who challenged him to a match. While Cardona was on fire, the match was cut short after the interference of Mad Man Fulton.

Last week, Ace Austin continued his gripe backstage when he was confronted by now tag-team-partner-less Josh Alexander, who has yet to see Ethan Page since his heart was “ripped out” by the Karate Man at Hard to Kill. Austin and Fulton would begin to beat down Alexander, but Cardona would come to his aid, proving that he is truly “Always Ready”.  Will Cardona be victorious in his debut match on IMPACT or will Ace Austin continue his massive wave of momentum?

What Else is on the Card